Is this game the next Fortnite: Battle Royale? 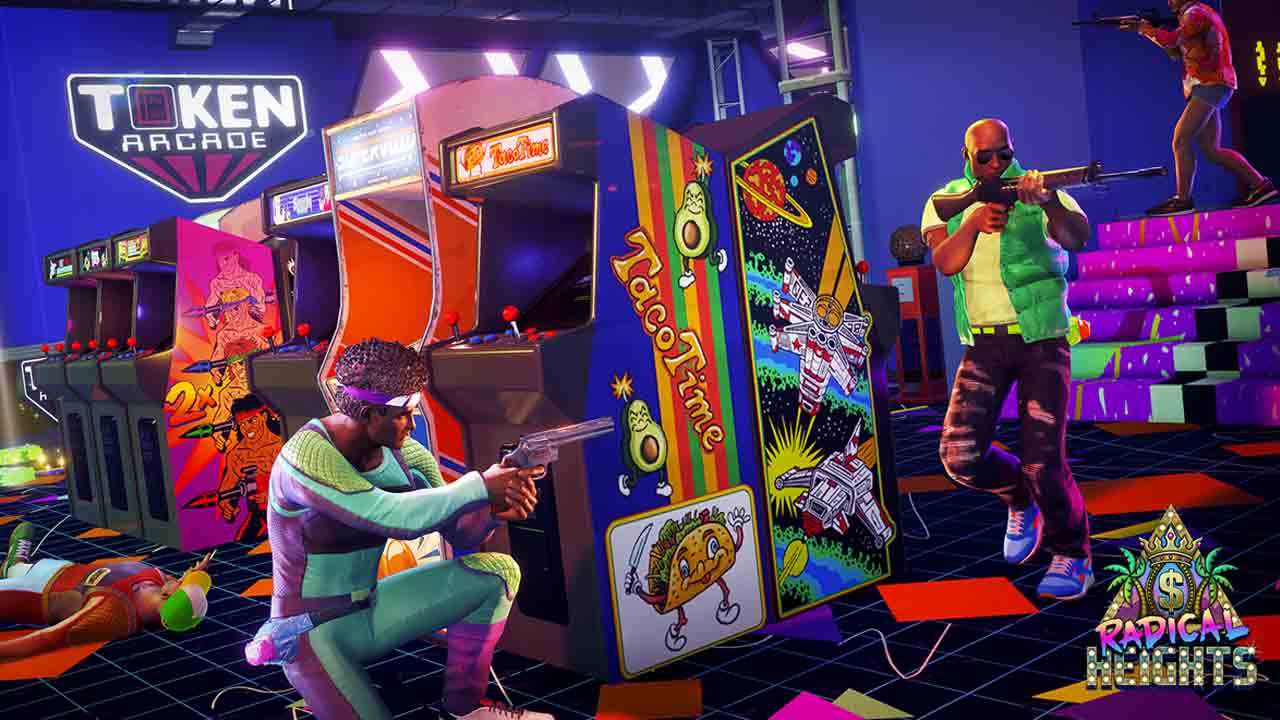 Fortnite: Battle Royale is probably the most popular game in the world right now. According to  its developer, Epic Games, Fortnite’s busiest period racked up a total of 3.4 million players at the same time. All-in, it has a whopping 45 million players around the world. What happens, though, when the Fortnite servers go down and there are 45 million players with no game. It happened last night!

In the aftermath, Fortnite players scattered in search of their Battle Royale fix. Player Unknown’s Battlegrounds (PUBG) was the obvious alternative, but the $30 price of admission meant that it was out of reach for most Fortnite players. Instead, most logged in to a new game by developers Boss Key called Radical Heights.

Radical Heights is another free-to-play neon-infused Battle Royale simulator in the same vein as Fortnite. Radical Heights plays like a game show in which contestants parachute into a map filled with weapons and cash prizes. As the clock runs down, sections of the map are shut off to contestants forcing them closer and closer together until a final showdown ensues. Radical Heights looks and feels like the 80s on steroids, so there is a lot to love about the aesthetic of Boss Key’s new shooter.

Radical Heights hasn’t been out long. It’s relatively buggy compared to Fortnite and PUBG, and is even unfinished in parts, but it has already garnered a lot of positive reviews on Twitter from the Fortnite players who made the switch when Epic’s servers went down. These players have been celebrating novel ideas like high visibility prize rooms that bring contestants together in search of loot, ATMs for withdrawing cash to be spent at vending machines, and the lack of construction options, which turns Radical Heights into a high stakes shootout above all else.

Once Epic’s servers came back online, people migrated back to Fortnite, but that wasn’t before tens of thousands of people logged in to watch Twitch streamers playing Radical Heights, including Twitch and Fortnite megastar Ninja who is famous for playing with people like Drake and earning tons of money along the way.

Boss Keys still has a lot of work to do before Radical Heights starts to resemble a finished game, but the fact that they had a playable version ready when the Epic servers went down represents a coup for the independent developer. They’ve drummed up a lot of publicity for Radical Heights, and they’ve received a lot of positive feedback via social media. If Boss Key can incorporate some of the ideas the community has given after its brief moment in the sun, then Radical Heights really could be the next Fortnite.

Give Radical Heights a try and let us know what you think!