People who grew up playing these tabletop games are undoubtedly the target audience for Knights 2 but it doesn’t make filthy casuals like me feel left out. If you’ve ever played a role playing game (RPG), you’ll be able to pick up Knights 2 without a problem. 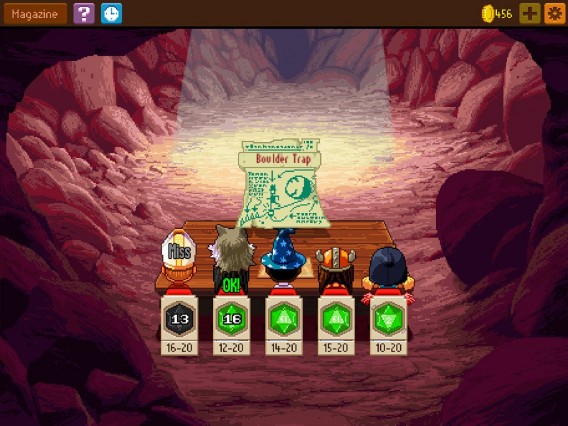 Before I begin talking about the game, I want to note the gorgeous pixel art in Knights 2. Everything is rendered in retro 16-bit, which plays into the ’80s nostalgia in the game. “We wanted a high school pen-and-paper feel for the game,” said Florian Schwarzer, Senior Mobile Producer at Paradox Interactive.

Pen-and-paper games seem intimidating but Knights 2 welcomes players with beautiful art and hilarious writing, poking fun at high school and pen-and-paper tropes. You and a group of friends are gathered around a table to play a pen-and-paper RPG. You play as the dungeon master, dictating the difficulty, and also control five players to complete quests.

The game is super meta, taking place around a table the entire game. You’ll be battling enemies while your group is seated at the table. You never leave the table, even when exploring new parts of the world.

Start the game by creating your own characters and defining their skills by upgrading different attributes. You also create characters using a formula of high school stereotypes and RPG races and classes. I played as a Hipster Dwarf Paladin, which looks as ridiculous as it sounds.

Although Knights 2 is welcoming to newcomers, you’ll still want to brush up on character classes to have a good strategy. The game rewards players who balance their team and level up in logical ways. If you don’t, you can still progress but may need to grind a bunch of side quests before you’re powerful enough to progress in the story.

You need to strategize not only with how your players are set up, but how to battle enemies. For example, enemies in the back row can’t be reached unless you have a ranged class with or a character with the ability to draw enemies forward. “Our games are not pushovers,” said Schwarzer, but the difficulty is what makes this genre fun.

For a mobile game, there’s so much to do. I only got through one battle in my 45 minute demo. That’s also because I spent way too long creating my characters. 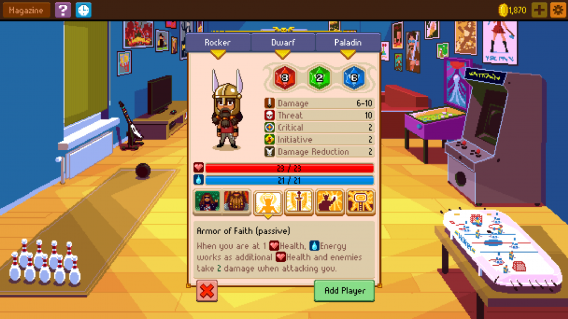 While Knights 2 is a sequel, players don’t have to have played the first game. Paradox Interactive made sure to fix problems players had with the first game, like the difficult-to-navigate item interface and an entirely new crafting system.

You can get your hands on Knights of Pen and Paper 2 on May 14th for PC, Android and iOS. Pricing hasn’t been announced but it shouldn’t be too far off from the price of the first game.

Badland platformer gets reimagined for next gen consoles, coming spring 2015