With the release of Magic: The Gathering Arena, playing Magic online has become easy and common for fans of the game. However, this isn’t the only program that Wizards of the Coast has given us to make our Magic experience better. There are many mobile apps from both Wizards and third-party publishers that make playing Magic significantly easier. It can be difficult to manage your decks and tokens without a little extra assistance. These apps help you organize both your decks and the battlefield so you don’t have to worry about managing everything yourself. There are even apps to help you practice Magic when you don’t have many partners to play with. Here are some of the best apps out there. 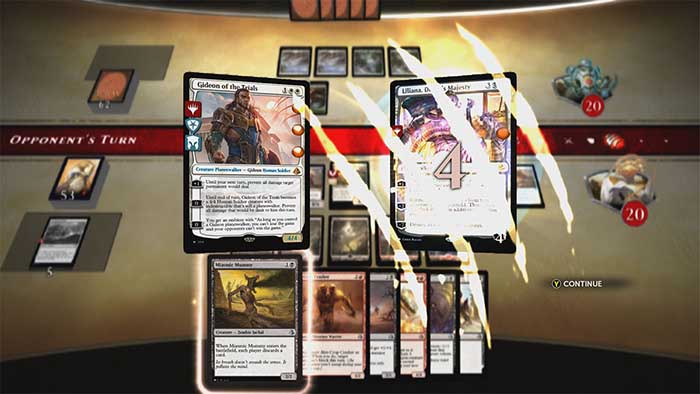 While Magic has two primary ways to play its game on PC, there is only one legitimate way to play the game on mobile. Magic Duels is an officially sanctioned Magic app that functions very similarly to Magic: The Gathering Arena. You can play full games of Magic on your phone with this app. Although there are a few more AI options in the mobile title, the game essentially follows the same pattern as Arena by making you spend in-game currency on packs to get new cards. Magic Duels also has Steam connectivity, which means you can play it on your PC as well.

All in one app –Magic the Gathering Portal

This app is currently unreleased but has been announced by Wizards of the Coast with a limited beta coming at some point in the near future. An official release date hasn’t been set yet, but once released, this app will be a one-stop shop for all things Magic related. You can use it to easily look up cards, manage life totals, and even put together tournaments. You can find out everything this app promises to offer in the official announcement page for the app.

The goal of Wizards seems to be that you’ll only ever need Portal and Duels to manage your decks and playtime with Magic. However, until Portal is released, you’ll likely want to check out these third-party apps: 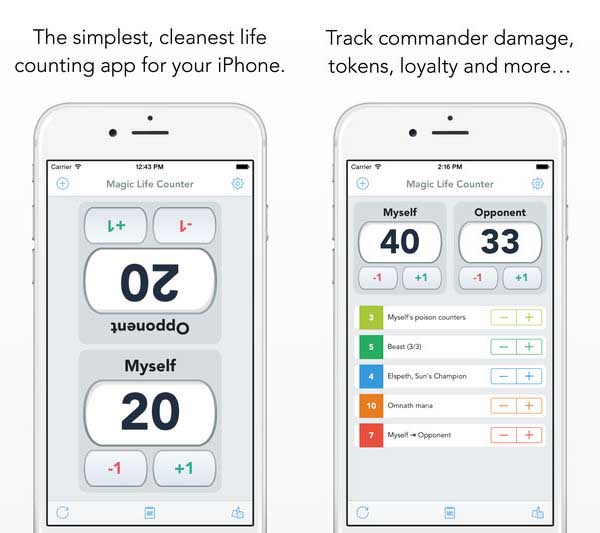 Currently, the Life Counter app is the best way to manage the battlefield without external items. As the name implies, this app’s primary job is to track the Life totals of each player. However, the app is capable of far more than just this. You can manage counters and buffs on the app as well. This way you won’t need any actual tokens to assist in your Magic games. It essentially is the precursor to Portal, since it will allow you to do all the same companion functionality aside from deck building and card-specific things. 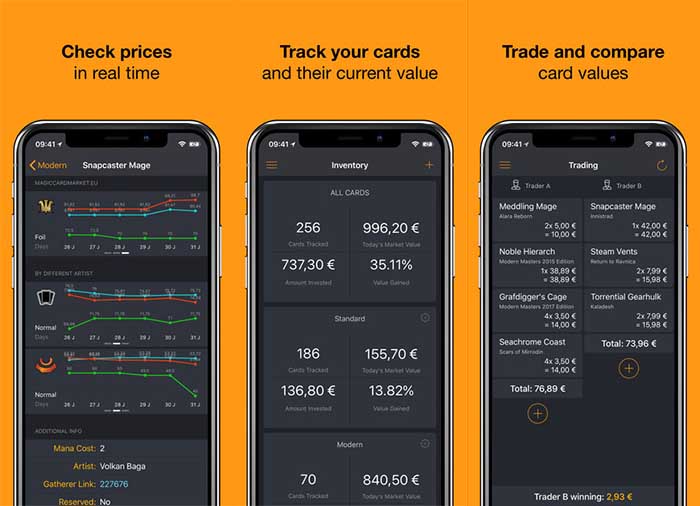 There aren’t as many Magic deck building apps as one might expect, given how popular the game is. However, MTG Manager is probably the best free one available. This app lets you scan your cards so you don’t have to go searching through a compendium to find the exact card you have. It will then tell you everything you need to know about that card’s history, and even what tournament formats it is allowed in. You can also still search through their compendium, in case you are looking for information on a card you don’t have, and are putting together ideas for future decks. With this compendium and scanning feature, you can manage the cards you’ve added to the app into different decks. You can then edit and search through these decks however you see fit. An ideal setup for anyone who has too many decks to manage on their own.

A premium alternative to MTG Manager is Decked Builder. This app has a small fee attached to it, but it provides an equally large compendium of cards, and an easier interface to follow. 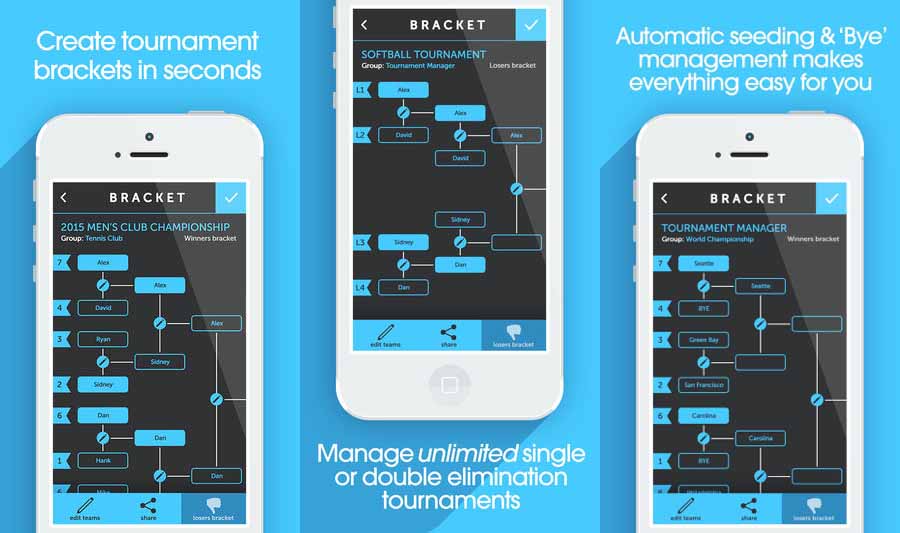 Despite being categorized as a “Sports” app, this is probably the best tournament app for Magic until Portal is released. It lets you completely customize your tournaments with options for multiple elimination rounds, reusable ladders, and easy readjustments. It also has one of the cleanest interfaces of any bracket app, which means you won’t have to worry about ads covering your screen the entire time you’re using it. Even though this app isn’t “Magic-specific,” it is currently the best app for planning a Magic tournament with your friends.

Each of these apps covers a different area of playing Magic. Whether you end up using all of them, or only a few, you’ll immediately notice these aspects of your Magic experience improving. Managing your deck and tokens can be a difficult process, especially for long-time Magic players who have hundreds of cards. Hopefully, these apps will help take the stress of card management out of the equation for you. And if you’re interested in learning about some online alternatives to Magic Duels, then be sure to check out our article on how to play Magic online. Or if you’re new to Magic, then you’ll definitely want to check out our guide to Magic playstyles to help you start building your decks.