All the best Netflix Chrome extensions

Since it first burst onto the internet, Netflix has evolved to offer its streaming service across many different platforms. You can get the Netflix experience directly on your TV, on your Android smartphone or iPhone, and there’s even a Netflix app for Nintendo Switch. There are still an awful lot of us, however, who watch Netflix either on our Desktop or Laptop PC, or Mac.

Now, there’s nothing wrong at all with streaming your videos from Netflix.com. In fact, as most of us browse the web using Chrome, watching Netflix this way actually means we can enhance our viewing experience through the use of Google Chrome extensions. Let’s look today then, at the best Netflix extensions for Chrome. 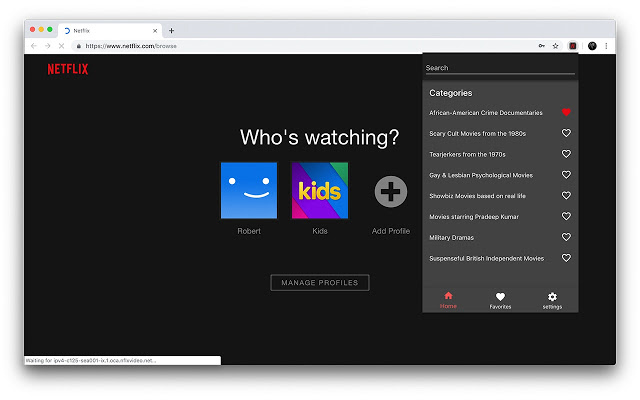 It isn’t exactly a secret that Netflix has a massive list of granular sub-genres all categorized with their own unique tag. Yep, if you’ve ever felt frustrated by Netflix’s ability to constantly serve up the same old movies and shows from the same old well-worn genres then these much more focused genres might be just what you’re after. The thing is though, there are over 27,000 of them meaning you’ll need a list as long your arm to remember just a small portion of them. This is where the Netflix Hidden Categories Chrome adds on comes in, which puts them all into your Chrome browser, ready to search. It even allows you to save your favorite genres for easier navigation next time you log on. Netflix Party is a very interesting Chrome extension that makes it possible to watch Netflix with friends and family who aren’t in the same house as you. This is great for anybody who is in a long-distance relationship as your Netflix videos will always stay in sync and you can even chat using an in-built text messenger too. 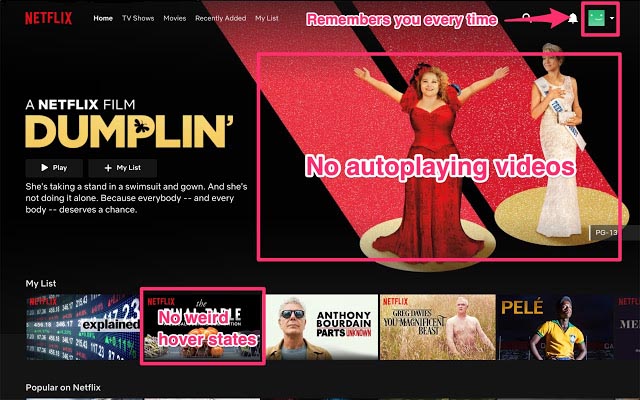 Love it or hate it, Netflix has evolved a lot over time and is now a much more complicated app than it used to be. Videos begin playing almost as soon as you log in and you can barely scroll through all the titles without being bombarded with trailer after trailer and all the blaring loud noises that go with them. Fortunately, if you do hate this new state of affairs there is a Chrome plugin you can install that will do away with it for you. If that’s you, Netflix Classic is the extension you want. 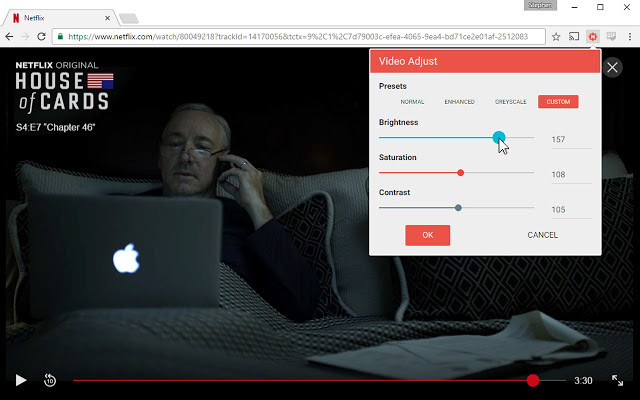 One way that watching Netflix on a computer is inferior to watching it on a TV is the lack of control you have over the image. Sure, you can change the brightness, if you delve into your PC’s settings menus but what about contrast or saturation? For those advanced features and more, and to put your screen brightness just a simple click away you need to download and install the Video Adjust for Netflix Plugin. 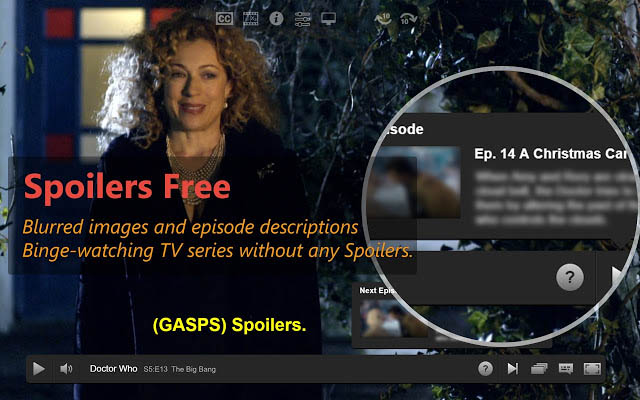 This Chrome extension adds a lot of cool features to Netflix across a broad variety of categories.  The first is the many improved Netflix control features it offers, including the likes of improved video speed options, custom subtitle controls, and intro skipping (yep, Netflix has since pinched that idea). Another very cool feature is the spoiler saver, which will blur out any show info that might show on your screen containing spoilers. On top of all that, there is also a number of image presets that will give you better control over the lighting of all your Netflix shows and movies. 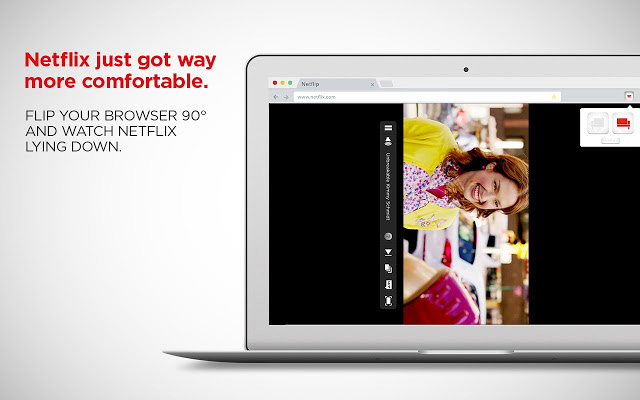 If you’ve ever had a sore neck or bad back from watching Netflix in some ridiculously uncomfortable position in bed, then this is the extension you’re looking for. Netflip makes it possible to flip your Netflix 90 degrees, a little like you can on your smartphone when you rotate it. Doing this means you can then just lie on your side normally and watch Netflix straight on. This does make the screen smaller than if it was full-screen in the normal landscape rotation, but it will save you from the perils of having a bad back. 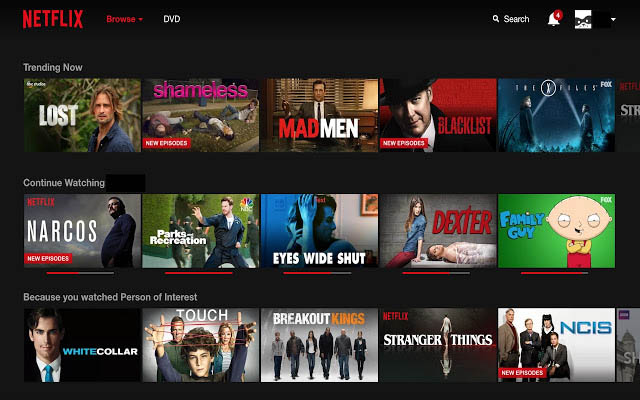 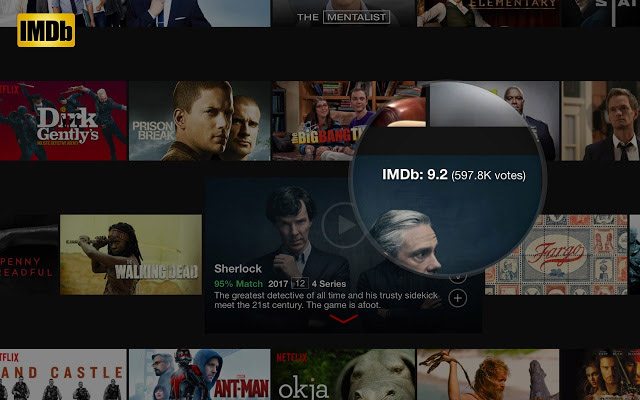 Let’s be real here. Netflix is great but Netflix’s Ratings for me suck. The ratings Netflix shows us are supposed to based upon our viewing habits but more often than not, they mean absolutely nothing. This means that the best way to know if the show or movie you’re thinking of watching on Netflix is any good, is to search for it on IMDB and see what rating it has there. With this Chrome extension, however, you don’t even need to do that. Once you’ve installed it all Netflix thumbnails will display a subtle score in the top-right corner. The score will display both the IMDB rating and the number of people who’ve voted on it. Hovering over the score will reveal the synopsis and clicking it will open the IMDB page. This is a must-have extension.

With the eight Netflix Chrome extensions we’ve outlined above you’ll significantly increase your Netflix viewing experience. Installing them will add a variety of new features that will help you do a variety of things like see your screen better in the dark, protect your neck when watching shows in bed, and finding the shows you really want to watch much quicker.