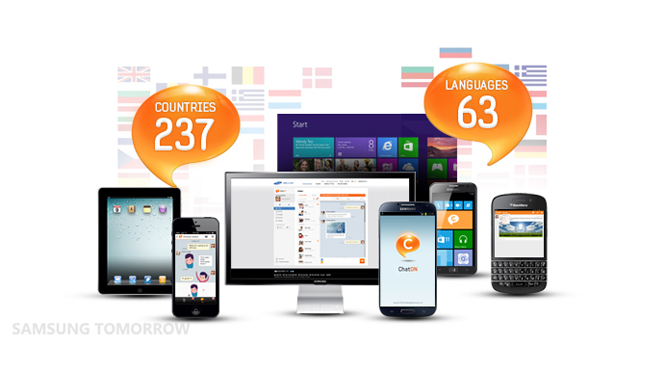 Samsung’s ChatOn messaging app is getting the axe February 1st, 2015. The app never gain any real traction against established messaging apps like WhatsApp, Facebook Messenger, or Google Hangouts. ChatOn also failed to supplant its Asian rivals like LINE and KakaoTalk.

The messaging app market is so saturated it’s not surprising Samsung decided to kill ChatOn. Samsung’s strategy of including it’s own proprietary apps on all of its phones seemed to work at first when the company dominated the Android handset market. Recently, the company saw a huge decline in its phone sales and the Galaxy S5 was deemed a failure.

Although ChatOn is available for both Android and iOS users, it just didn’t offer any compelling reason for users to switch from their current messaging app of choice. Facebook Messenger is ubiquitous since the social network as over 1 billion users. Hangouts has the luxury of being tied to Google’s Gmail service and WhatsApp still dominates across the globe.