How streaming services are becoming cable all over again 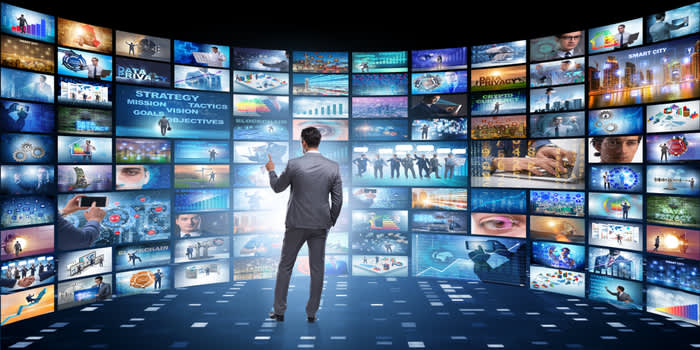 Remember how revolutionary Netflix and Hulu were when they came out a decade ago?

Being able to watch any episode of dozens of shows anytime you want? For a sub -10 monthly price? It seemed so futuristic, and millions of people across the world cut their cable cords in favor of this new consumer-friendly technology. It truly seemed like we’d see the death of cable television, with its barrage of ads and constantly soaring prices, within the next few years. As it would turn out, cable is still alive and kicking, but something potentially worse is beginning to take its place. Streaming services have become the very evil they set out to destroy.

The whole idea behind streaming services in the first place was having all of your favorite movies and shows bundled together in one convenient inexpensive package. Far too often, you’d purchase a cable subscription that would come with dozens of expensive channels that you didn’t want. When they first hit the scene, Hulu and Netflix alleviated this problem by featuring some of the most popular movies and shows on their services. If there was a big show that you wanted to binge, you could bet that it would be on either Netflix or Hulu. This so-called “Golden Age of Streaming” lived up to its name by providing consumer-friendly options to people who had been squeezed dry by cable companies for decades.

This worked out nicely for a few years because even if you bought both Netflix and Hulu it still cost far less than a cable subscription. Both of these services became enormously successful, and it seemed most households had at least one of them.

Of course, in a capitalist society when something becomes successful, other people want to hop on the bandwagon. New streaming services started crawling out of the woodwork. From major networks promoting their own content (HBO Now, Showtime) to massive sports organizations putting up games and exclusive content (NFL Game Pass, NBA League Pass, WWE Network), it seemed everyone wanted a slice of the pie.

This seemed like a good thing at first, as it let consumers view some of their favorite content whenever they wanted. But the more streaming services appeared, the more content was spread out amongst them. Now, simply buying Netflix or Hulu wasn’t enough to get all of the content you wanted.

Why streaming services have become cable

To understand what streaming services are becoming, we first need to look at the history of cable. When television first became popular in the 1950s, it was free for anyone with a TV to access with an antenna. Broadcasters and television studios made their money off of commercials that played between, and sometimes during, shows. As technology advanced, TV transitioned from analog signals to digital signals, which required a cable box to use.

Cable boxes had to be purchased and subscriptions had to be bought, but consumers thought that it would be worth it because you wouldn’t have commercials. For a while, this was actually true, but cable companies soon became absurdly powerful and started placing commercials in TV programs just because they could. Not only that, but they also started increasing the price of cable packages because there were no other viable options for watching TV. As cable companies got greedier, consumers became disgruntled, yet were forced to play ball if they wanted to watch TV. Now, streaming services are following a similar path.

Netflix and Hulu debuted at incredibly low price points and became extremely popular when pitted against oppressive cable packages. However, as both services realized their stranglehold on the entertainment market, they steadily increased their prices, ignoring consumer outcry. They did this because they could, just as the cable companies did all those years ago.

Now, as dozens of streaming services have emerged, picking a streaming service is no longer the simple and consumer-friendly affair that it was a decade ago. As new players appeared in the streaming game, they further fracture content across different platforms, forcing consumers to buy new services if they want that content. For example, before Disney+ debuts in November, they will gradually pull all Disney content off of competing platforms like Netflix. Say goodbye to Marvel movies and Disney classics on other platforms, because if you’re a Disney fan, the only streaming option will be Disney+.

It’s this kind of fragmentation that will lead to increased prices and fewer consumer options. Streaming services know that their content is valuable, and they will raise their prices because they know that they can. Disney knows how valuable their properties are just as Netflix knows how popular its original shows like “Stranger Things” or “13 Reasons Why” are. Consumers will be forced to choose between increasingly pricy options to get the content they want, while also paying for content that they don’t care about.

This sounds familiar, doesn’t it?