Overwatch isn’t your average FPS. Unlike other shooters like Call of Duty, where you can customize loadouts and weapons to suit your play style, each Overwatch character has a set of unique weapons and abilities. Playing effectively means finding the character that is right for you. However, with 29 playable heroes and more on the way, doing so can take some trial and error. If you can’t wait to jump into the game but aren’t sure where to start, the five heroes below are perfect for anybody new to Overwatch. 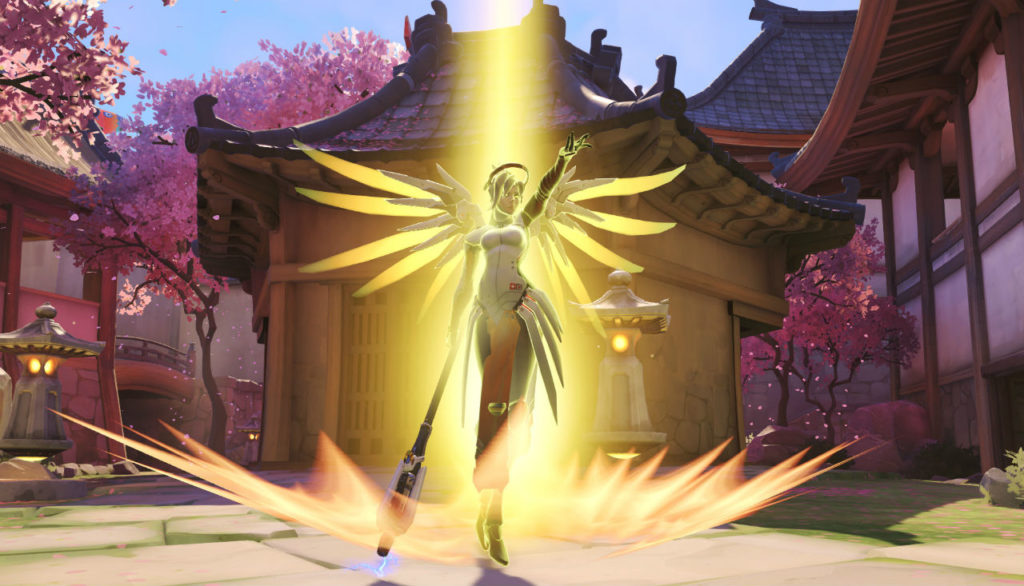 With her signature angelic attire, Mercy is one of the game’s most iconic heroes. As a support hero, her duty is to keep her teammates at full health… and also boost the damage of their weapons in close encounters. Support is one of the most important roles in the game, but can be easily overlooked by new players who are used to dealing damage.

Mercy has a very simple play style. Her main “weapon” is a staff that locks onto the nearest teammate and fires a steady stream of healing energy. All you have to do is stick close to your team and keep the fire button held down. In a firefight, the staff’s alternate fire will boost the damage of your team’s weapons. If you get separated from the team, Mercy also has an ability that lets her quickly fly to the nearest teammate, making sure you’re always in range. This “lock on” mechanic that defines Mercy’s abilities is what makes her so easy to play. If you’re in a sticky spot and your team needs a healer, Mercy is a solid go-to choice for anybody who isn’t used to playing the Support class. 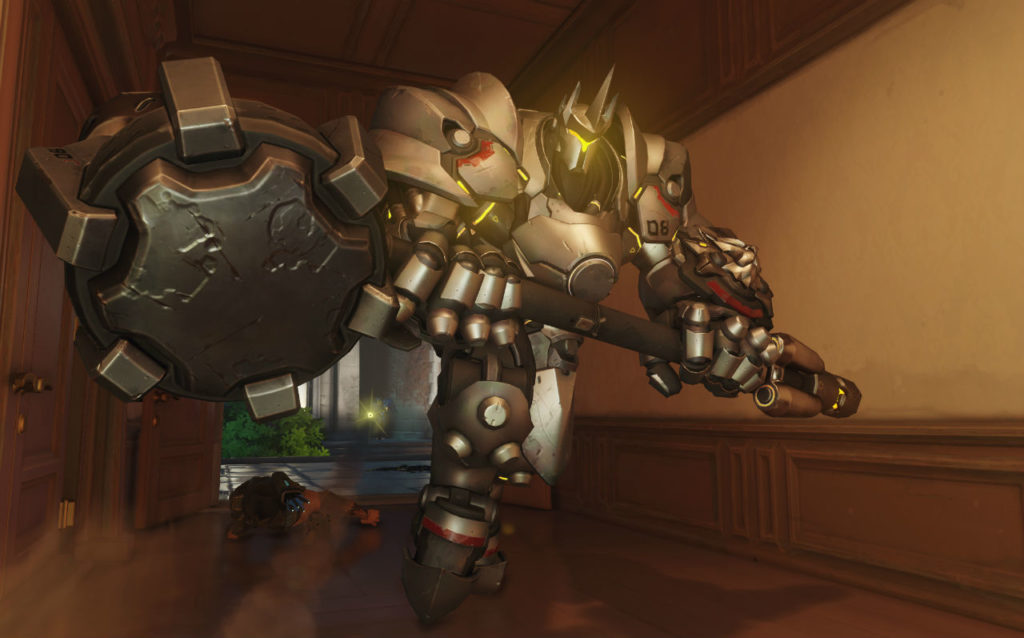 Reinhardt is essentially a walking shield, and that’s not a figure of speech. His primary ability is the massive energy field that he projects from his armor, which turns him into moving cover for his team. When the shield depletes, Reinhardt’s huge health bar ensures that he’ll stay standing. His warhammer can do a lot of damage to the enemy team, and when Reinhardt charges in swinging, it’s an easy way to scatter enemies. Reinhardt is excellent for getting your team to an objective, and then making sure that your opponents stay off of it. This is the goal of playing any Tank, and playing Reinhardt is a great way to get acclimated to this style of play. 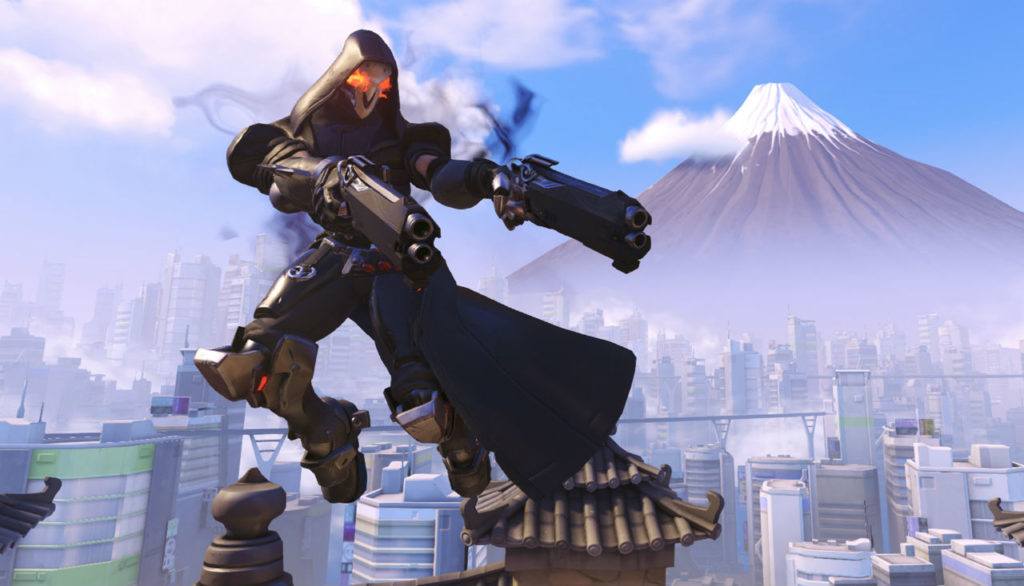 Reaper is another one of Overwatch’s most iconic characters, and for good reason. With his dual shotguns, he excels at dealing a lot of close-range damage quickly. What’s key to playing Reaper, though, is mastering his movement abilities. These abilities focus on teleportation, allowing Reaper to shift into his ghostly form and quickly move from place to place or warp to another location entirely.

Reaper does best when flanking, so the best Reaper players will look to use these movement abilities to get behind enemies and take them by surprise. A quick barrage of shotgun shells will ensure that they don’t have a chance to fight back. Reaper offers familiar shooter mechanics with just enough of a twist to make him a perfect character for new players who are looking for something a little more unique. 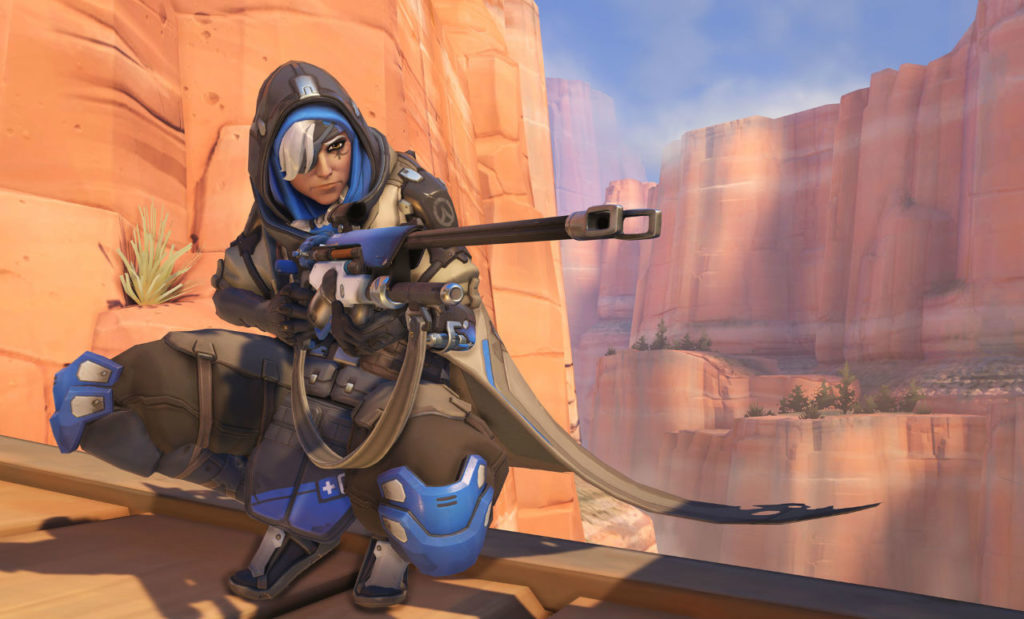 Want to play Support but more used to traditional shooters? Ana is the perfect character for you. Her main weapon is a rapid-fire, bolt action sniper rifle. There’s a twist, though: shots from her rifle will heal any allies that they hit but do damage to enemies. You don’t have to worry about switching from damage to healing, all you have to do is point and shoot. Ana also carries a grenade with the same healing/damage ability for clusters of opponents… or teammates.

Ana’s playstyle is very worry-free, allowing players to focus on landing shots instead of cycling through abilities. It’s easy to forget sometimes that Ana is a Support character with all the overlap she shares with Damage classes. And hey, who doesn’t love a character that encourages friendly fire? 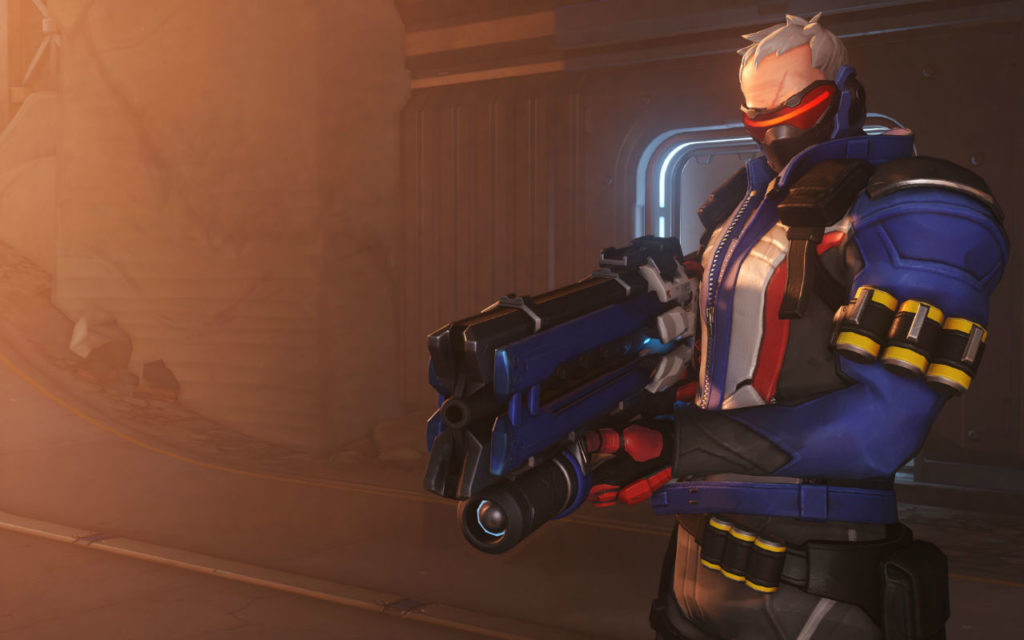 Soldier 76 is maybe the most approachable character in the game, bar none. If you’ve played a shooter in the last decade, you can play Soldier 76. His main weapon? A rapid-fire assault rifle. His alternate fire? A missile launcher. His abilities? Sprinting and healing. If this all sounds familiar, it should. These abilities are par for the course in any shooter from Battlefield to Call of Duty.

Soldier 76 is a great way to jump right into the game for new players who might be intimidated by some of the more niche characters. All you have to do with 76 is point and shoot. It’s a classic, tried and true experience that doesn’t feel at all out of place among Overwatch’s more eclectic cast of characters. To quote Soldier 76 himself, “Old soldiers never die, and they don’t fade away.”

The more Overwatch you play, the better you’ll get. Once you’ve mastered these characters, start experimenting. Every single one of Overwatch’s 29 heroes offers a totally unique way to play. Whether you use these characters just to jump in or play them until you’re an expert, you’ll be a hero in no time.