Magicka is a fast-paced action-adventure romp created by Arrowhead Game Studios and Paradox Interactive. It takes the player through a tongue-in-cheek fantasy world full of pop culture references and NPCs speaking in garbled Swedish. Addicting and fun from screen one to the end, but the game’s tricky for sure.

Magicka is clearly meant to be played with friends (there’s a reason the first magick you get is a revive spell), but that’s not to say it’s unbeatable if you’re playing in solo mode. It just might take a little more … finesse?

The great thing about Magicka is that upon finishing the tutorial you’ll immediately have access to every spell in the game – you just need to mess around with different combinations of the eight elements to achieve varying effects.

This can be extremely daunting right out of the gate, however, so we’ve put together a list of our top five spells that’ll get you from the beginning to the end with minimal frustration. Don’t be a Magicka school dropout and get left out in the rain!

Before we start, it’s important to note that the “spells” we’ll be going over are different from the game’s “magicks:” Spells can be accessed from the beginning of the game, while magicks are unique effects that must be found and unlocked as you progress through the story.

As such, this particular guide will not be covering magicks since we’re sharing spells that can get you through the entire game. That said, definitely try and memorize the game’s different magicks as you come across them; some are very useful, and all are unique.

Also if you don’t own Magicka yet you can grab it right here:

A simple spell, this go-to defense option has saved our hides more times than we can count. Casting earth, earth, shield directly in front of you (right click) will conjure up a wall of stalagmites that enemies must either break through or circle around in order to reach you. It’s great for when you need a couple seconds to formulate a plan, or if you’re getting swarmed by melee opponents and they’re closing in a little too fast. The same wall can be accomplished with one earth and one shield, but we think using two earth is just as fast and gives the wall that little bit of extra toughness. 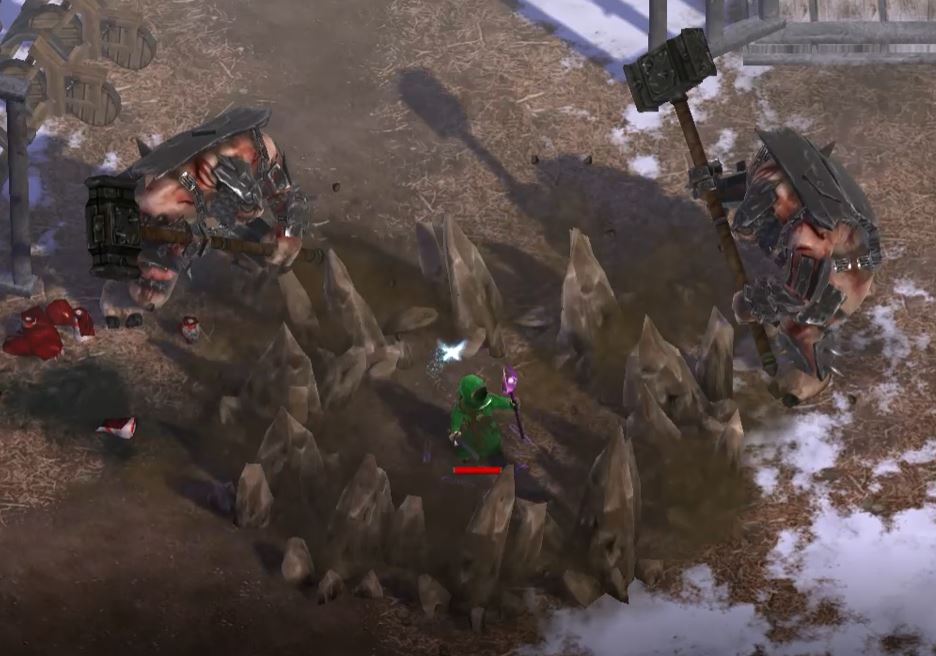 Boosting the spell (holding shift+right click) will surround the caster with rocks, which can be the better option if you’re simply looking for breathing room or are surrounded. This means that you’re stuck inside the wall too, though, so use it with caution.

Additionally, using FOUR earth before the shield will make those stalagmites metal, rendering them much harder to break. Queuing up more complex spells takes longer, though, and will slow you down before you cast, so only buff the wall when you can afford the extra few seconds. 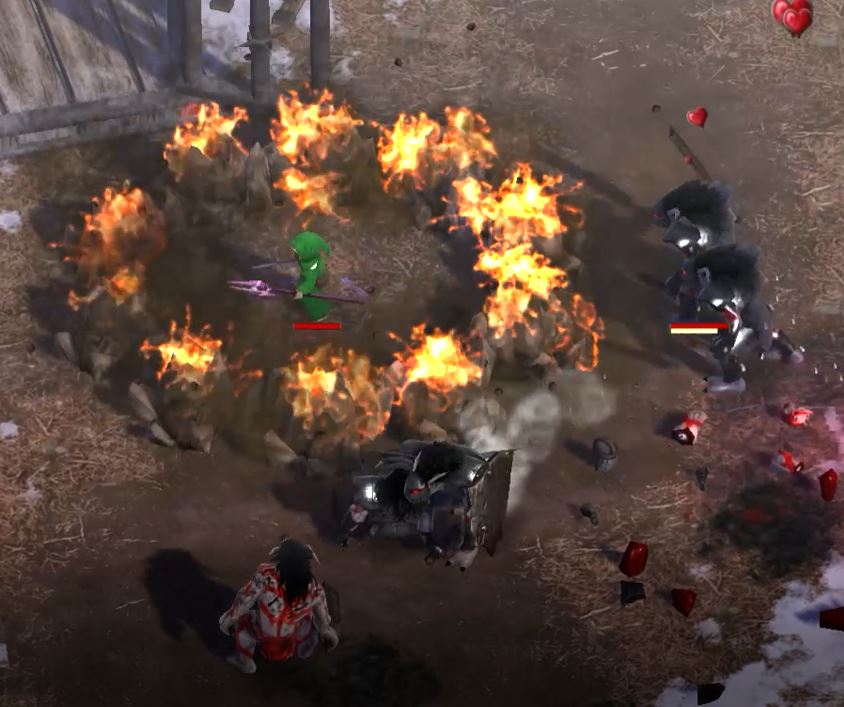 Lastly, you can tack other elements onto the rock wall as well if you want to give it an added effect. We recommend fire (fire, fire, earth, earth, shield) 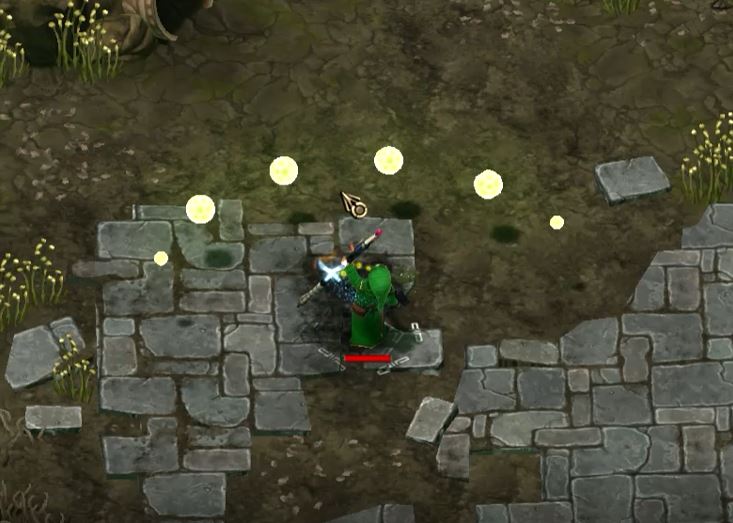 Another very basic spell, this is by and large the best way to heal in Magicka. Casting this will immediately drop four healing mines directly in front of the caster – a much quicker and reliable way to restore health than just casting heal on yourself again and again. 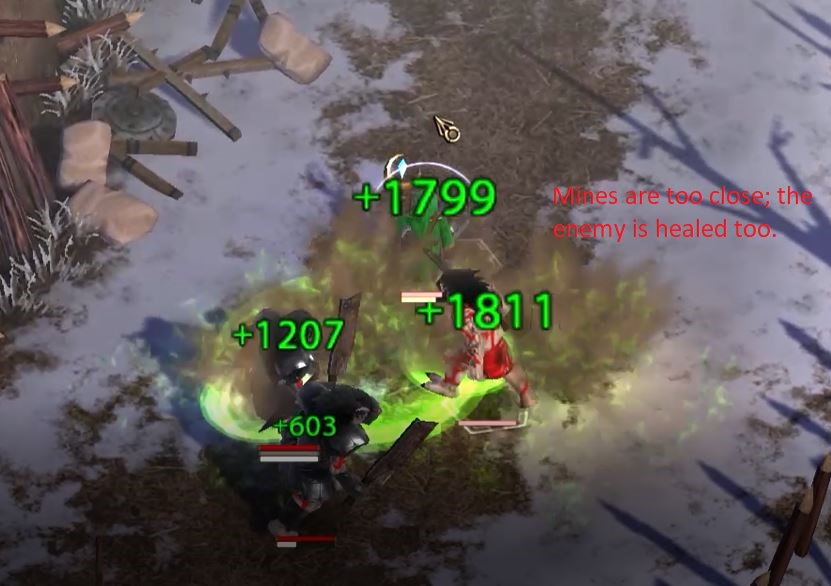 Supercharging the spell (heal, heal, shift+right click) will drop the healing mines around you in a circle, dramatically increasing the amount of health you’ll receive, but also upping the risk that you’ll accidentally heal the surrounding enemies. We found this spell most useful when running from a fight or when used within a supercharged shield (heal, shift+right click). 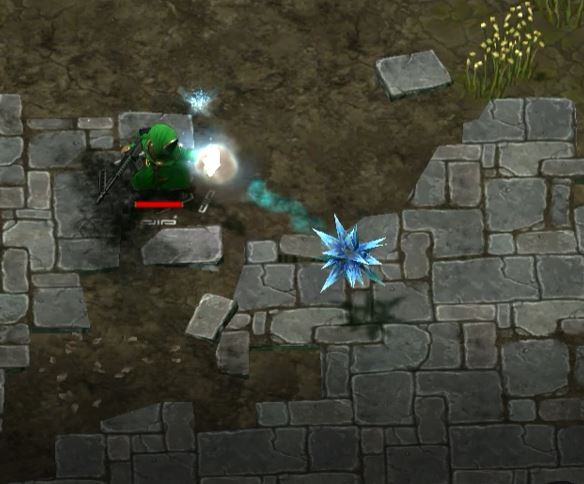 One of the strongest spells in the game, this missile is extra nasty because it freezes and shatters the frozen target at the same time. Seriously, we’ve seen this do upwards of over 6,000 damage in a single hit when it’s fully charged. It can even two-shot an armored troll. 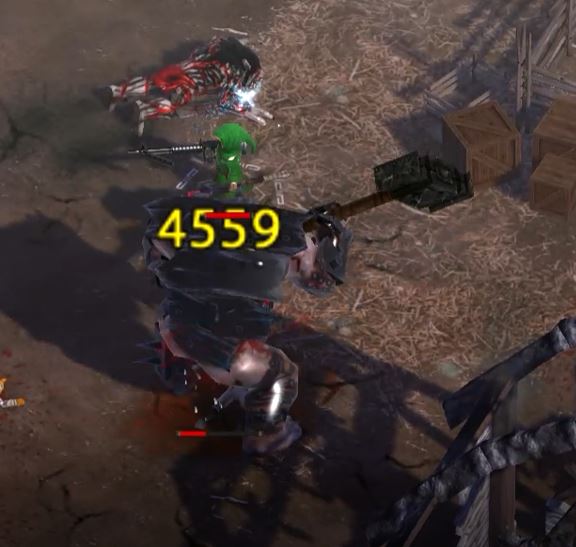 The caveat, of course, is that this spell takes a while to fully charge and can be a little tricky to aim, particularly if the target you’re fighting is fast. If you’re playing with teammates have them distract, and this spell can be a little more reliable. In solo play, though, you should only fire this up if the target is distracted, stationary, or supremely slow. Still, you’ll be hard pressed to find a spell that does more raw damage. 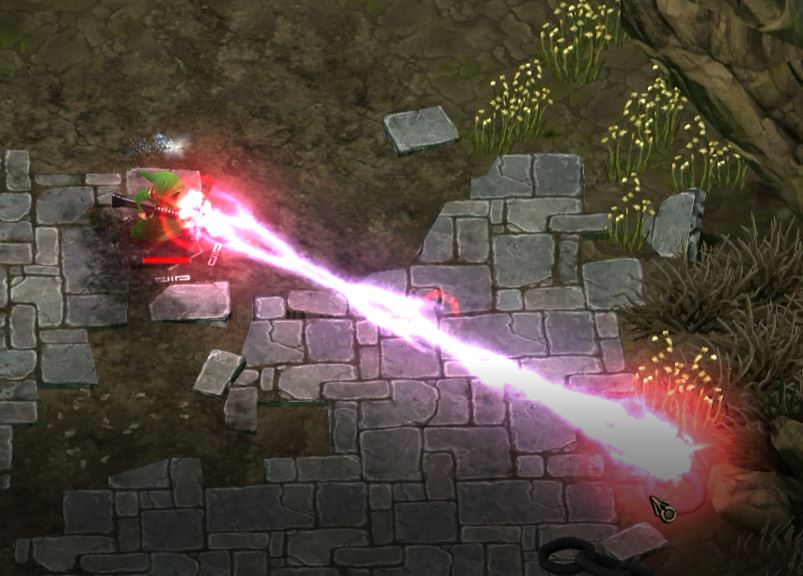 If you’re looking for the most powerful beam attack in the game, look no further; this beam is enough to make Iron Man jealous. What makes it so powerful is that the steam in the spell causes the ‘wet’ debuff on your enemies, and it’s got lightning added in – lightning and water don’t mix. 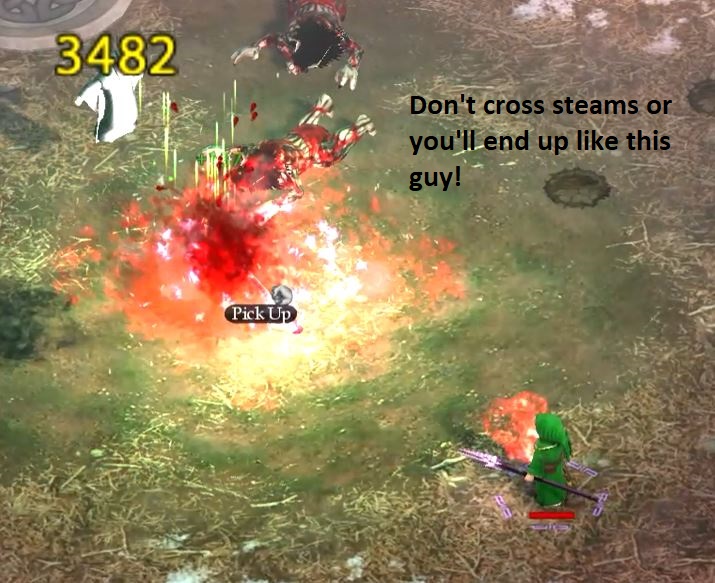 This spell is best used on bosses or on targets that are especially far away and out of reach of your spray attacks and AoE. Careful when using this against enemy spellcasters, however; if they reflect it back at you, you’re probably dead. 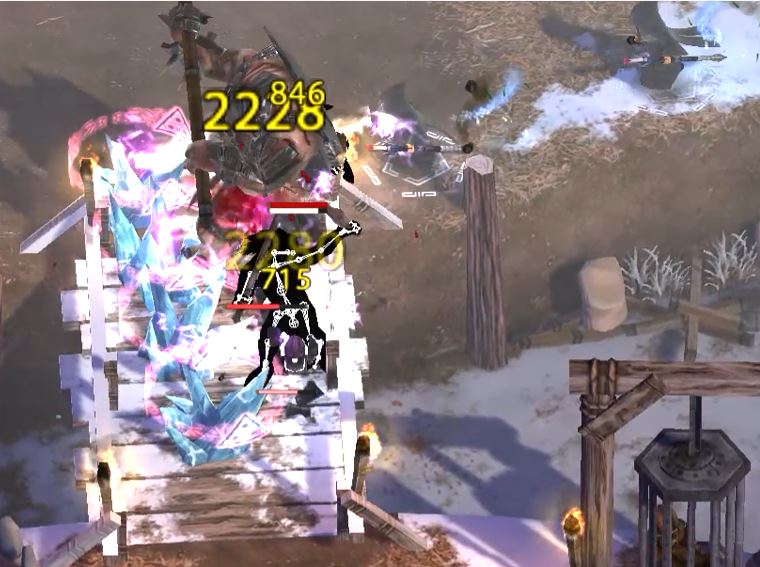 This one is so ridiculously damaging that you can practically beat the game armed with this alone. This will conjure a rock wall much like the one from earlier, except that this one is infused with ice and lightning, slowing and chaining damage between all the targets that come close to it. If they GET close enough, that goes for bosses too; it’ll probably kill them in just a few hits. 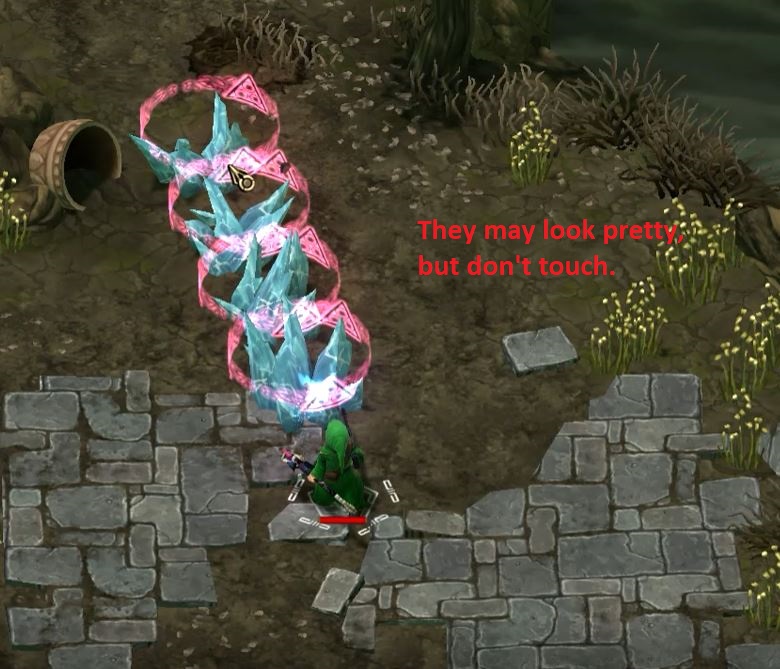 This spell is so powerful that you’ll die in seconds if it accidentally touches you, too, so a different approach is needed to use this effectively. Instead of casting this in front or around you, you’re going to cast it on your weapon. To do this, use shift+left click after the spell is armed. Attacking with your weapon will summon the stalagmites out in a line in front of you, and will be lethal to any opponents unlucky enough to attack you in single file. Useful any time that you’re not backed into a corner, this spell is your best solution against armored orcs, dwarves, and dwarf mages.

Try and learn these five spells before completing Chapter One and you should be more than prepared to handle anything else the game throws your way. That being said, it’s very much worth your while to mix and match the elements yourself to see what you can come up with! And remember that mixing in even just one different element can totally change the effect of your spell.

When you think you’re ready for more advanced strategies and spell combinations, you should check out this video guide:

Careful casting; Midgard isn’t safe at night! At least there aren’t any vampires to worry about.