Every year Call of Duty delivers a gaming package stuffed full of single player, co-op, and multiplayer fun – and the new Call of Duty: Black Ops III is no exception. At this point though I think that it is pretty much accepted that the truly dedicated are coming for the series for its fast paced multiplayer.

But there are other options for multiplayer shooter fans, and today we are looking at our favorite three free-to-play shooters. 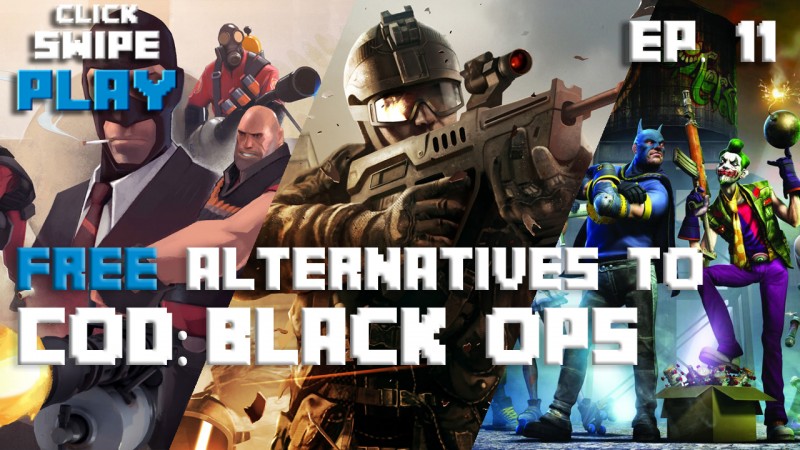 Our first pick is Gotham City Impostors, a game set in the Batman universe. The twist is that, rather than taking control of one of the famous heroes or villains, you play as a Joker of Batman wannabe. This leads to some comical customization options, as both teams deck themselves out in makeshift approximations of their idols gear. Add to this a healthy dose of fluid gun-play and a range of abilities that keep the action snappy, and you have a stylish little shooter.

If you would rather take part in some more conventional modern warfare then our second pick, Crytech’s Warface, is for you. This game balances realism with arcade action to create a compelling little package. It is a mix that has you dying regularly, but also is happy to get you straight back into the action with a newly selected class and loadout to increase your chances of survival. With an active and competitive community, Warface maybe the best pick for more traditional CoD fans.

The final free-to-play game is a no brainer, it’s the quintessential PC shooter Team Fortress 2. Released all the way back in 2007, this game has continued to evolve thanks to Valve’s continued support for it over the years. This has led to its class based action featuring more maps and game modes than any other shooter on the list. But while the volume of content is certainly appealing, it is really the varied and personality filled cast of characters that keeps us coming back for more.

That’s it for this week. Let us know what you through of our choice of free-to-play shooters, and we will be back with another three games reviews next week.

Here’s to you Halo 5 – our favorite three cyborg games

Five apps to survive the apocalypse