Fortnite: Battle Royale is a chaotic fight for survival against as many as 100 ruthless opponents. If you hope to survive and achieve the coveted Victory Royale, you need to make sure that you’re better equipped than the competition. With a huge arsenal of weapons to choose from, it can be tough to make split-second decisions about what to take with you and what to leave behind. We’ll do the work so that you don’t have to, with an in-depth examination of each weapon in Fortnite. For this guide, we’ll be looking at sniper rifles.

One overarching rule to remember when it comes to Fortnite’s weapons: all guns in the game are available in varying levels of rarity, ranked based on a color system. Refer to the list below to see each level, and make sure you go for rare guns whenever you find them. 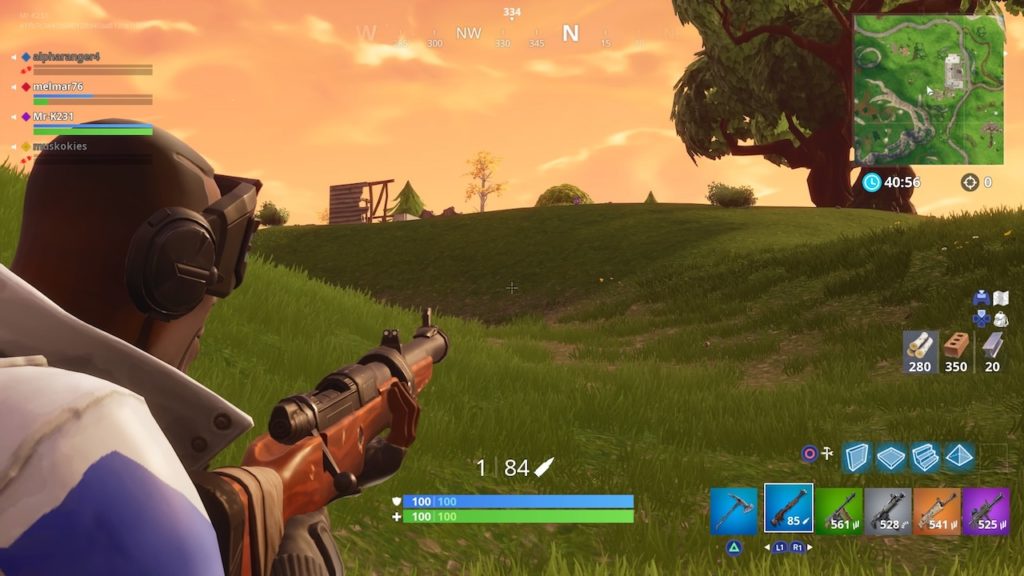 Description: The Hunting Rifle is your standard, run-of-the-mill sniper rifle. It’s the easiest member of the sniper rifle family to find, so you’re more likely to come across a Hunting Rifle than some of its rarer cousins.

This rifle is a high-damage bolt-action with a single-shot magazine, meaning operators will have to cycle the bolt between each shot. Despite this, it actually has the second fastest fire rate of any sniper rifle, making it easy to quickly fire follow up shots. Its main drawback is the lack of a scope, making engagements at longer ranges difficult. Think carefully before trying to land any crack shots. 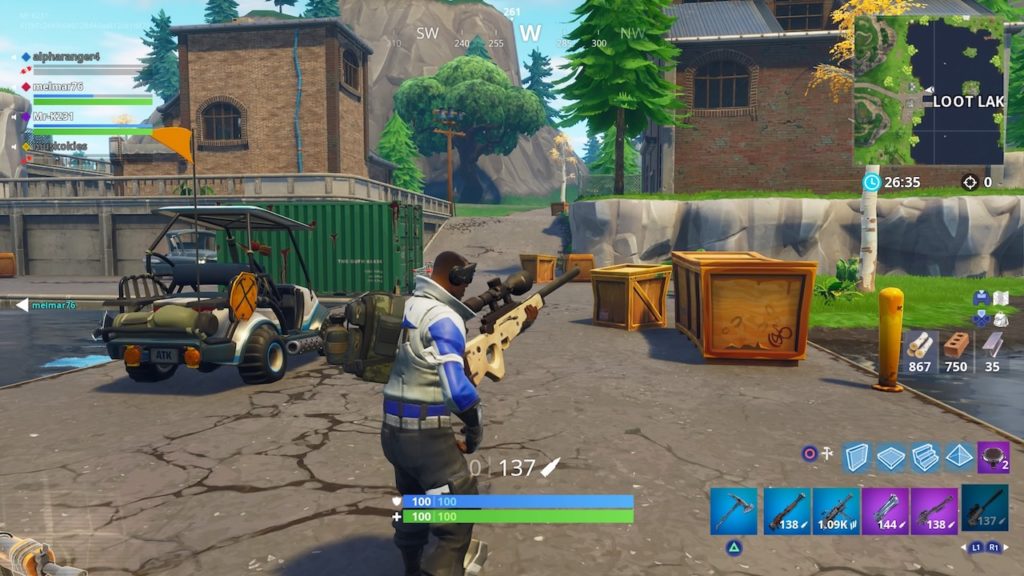 Description: The Bolt Action is the gold standard of sniper rifles. It combines high damage with long-range capability, and can easily eliminate most enemies with a single well-placed shot. These advantages are balanced with a few drawbacks, however. It’s got a fairly long reload time, meaning careful aim is necessary. If you miss, you’ll have to pop out of the scope to reload the gun, which means it might be difficult to get back on your target.

The Bolt Action is best suited to long ranges and situations where you can get the drop on enemies, so you can take the time to aim before opening fire. 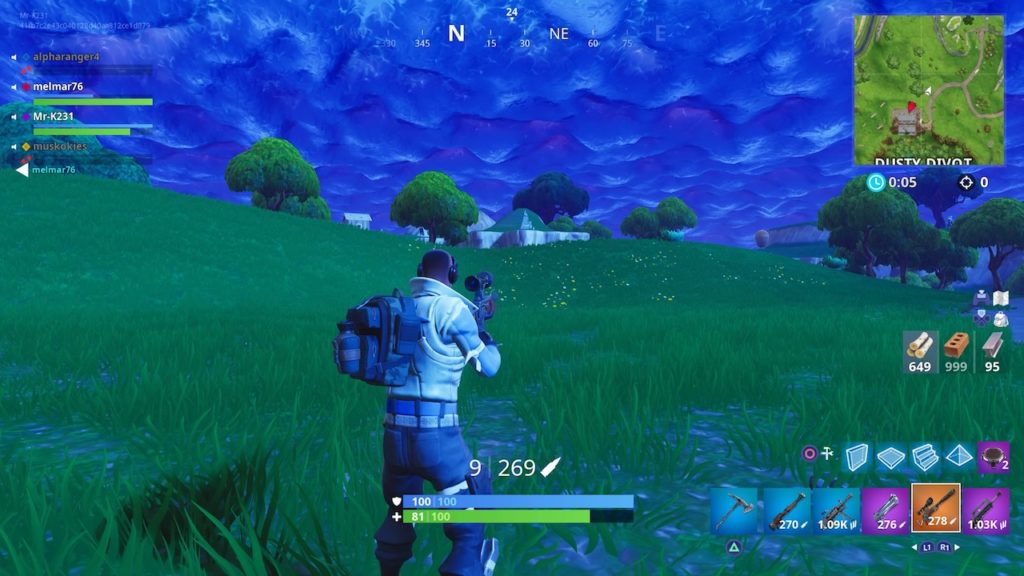 Description: The Semi-Auto sniper does just what the name implies. Feeding from a 10-round magazine, you don’t need to cycle a bolt or reload between shots. Simply aim your sight at the target and pull the trigger until your enemy is down. This quick fire rate makes the Semi-Auto excellent for landing follow-up shots, which you’ll likely have to do. Its damage level is on the lower end of the spectrum, so be prepared to take a couple shots before your opponent bites the dust. When you run empty, simply pop in another magazine like any other standard rifle and keep on firing. 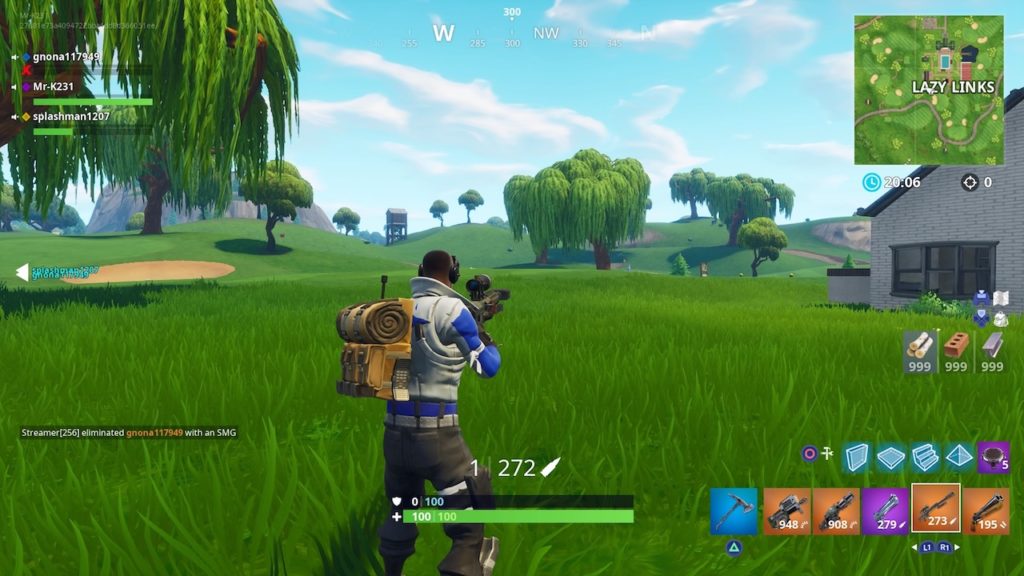 Description: The Heavy Sniper is a shoulder-fired cannon and an absolute beast of a gun. The booming crack of this rifle across the battlefield is enough to send any enemy scurrying for cover, and with good reason. It does the most damage of any weapon in the game short of explosives, and will make short work of any enemy that happens to wander past your scope.

However, this awesome power comes with significant drawbacks. The reload time is almost a full 5 seconds, meaning you’d better have very careful aim to make the most of this gun. This slow reload is a significant drawback, but Heavy Sniper rifle users can make good use of this weapon in other ways. The Heavy Sniper can destroy most walls and other barricades in a single shot. If you’re dealing with pesky enemies in cover, you can use the Heavy Sniper to blow through their defenses before switching to another weapon to quickly finish off your hidden opponents.

Sniper rifles are the lynchpin of long-range combat. It’s good practice to have a sniper on hand to deal with distant enemies, allowing you to land easy kills while staying safely out of range of any counter attacks. Mastering snipers takes skill, but doing so makes it that much easier to attain Victory Royale.