Top 5 Best Impostor Tips for Among Us 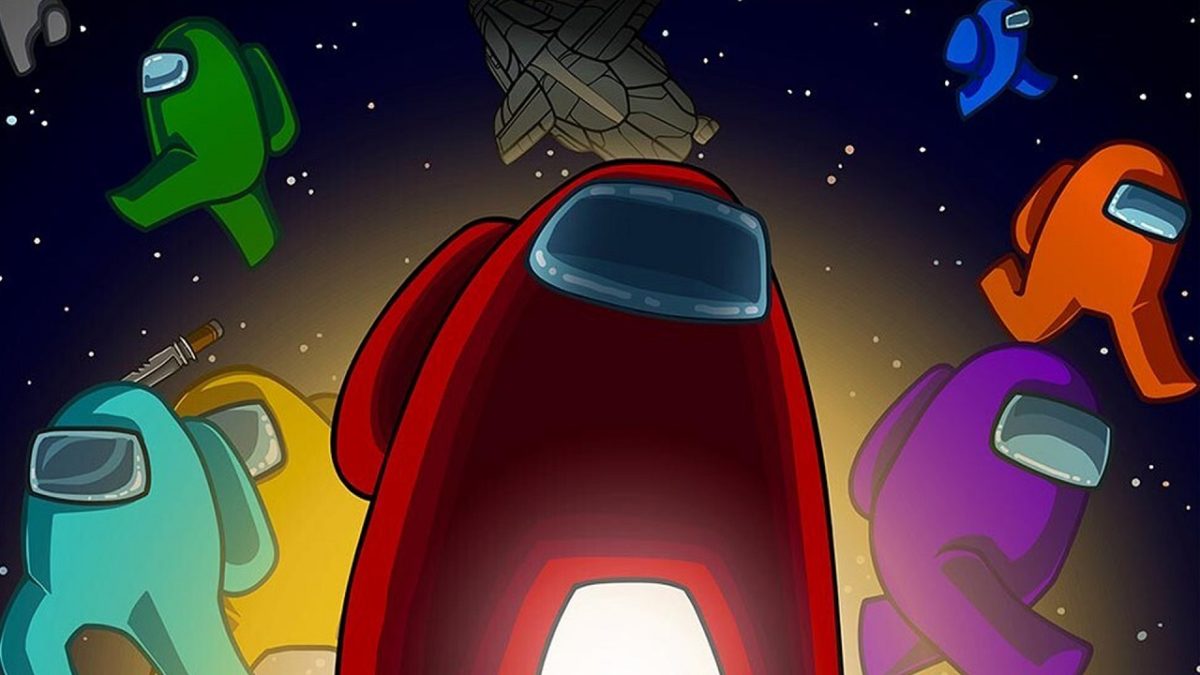 As the game has skyrocketed in popularity, players have found themselves searching for answers on how to be the best impostor they can be. Among Us is an interesting game that requires more than just knowing the game’s mechanics; you have to understand how other players think, as well.

Let’s take a quick look at our top 5 Impostor tips, then we’ll get more in-depth on each one.

If you can get a handle on these five ideas, you’ll be well on your way to being a better Impostor. Keep reading to get a detailed look at these concepts.

You should take note of how other Impostors operate since it can help you see what and what not to do. This aspect is especially true if you’re new to the game.

It’s important to see the ways others fail, not just how they succeed. How did you catch the Impostor last time? Were they too obvious? Was it luck? It’s best that you keep track of what information led to the Impostor’s defeat.

Also, be sure to look at how an Impostor won. Who did they target, and when? Where were the bodies found, and how long was that ‘round’? Did the Impostor ever report their own kills?

These details may seem superfluous, but they matter in the game’s larger context and how the crewmates respond to information. We’ll tackle that a bit more in the next section.

The point of this observation is also to understand how crewmates react to these actions, both in-game and in meeting chats. Do they get suspicious when anyone makes pointless accusations? Do they eject that person right away? What is the impostor doing that makes them either the primary target or completely unsuspected?

This method is the best way to quickly learn what you should and shouldn’t be doing as an Impostor. 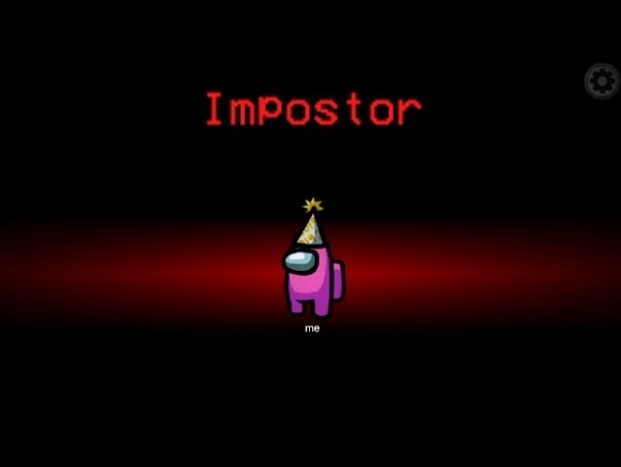 As of this writing, there are three maps in the game: Mira HQ, Polus, and The Skeld. You need to learn them inside out if you want to have the best shot at defeating the crew.

Knowing the layout of the maps is important when you want to set off sabotage. For example, Mira HQ has an odd design that makes it hard to get from the cafeteria to the reactor in time. The Skeld, on the other hand, has a very evenly-distributed floor plan that makes it easy to get from one end of the ship to the other.

You should also know where players need to go for their tasks, any isolated areas they could be in, and where the cameras are.

The ventilation shafts are your key to quick movement around the map. You can quickly make kills and establish alibis, or you can get ahead of a player trying to report you for something.

Learning where they are and what rooms they connect to is vital. You need to be able to move around at-will and not be hiding in the vents for too long.

The crewmates have limited visibility throughout the ship (even more so if you kill the lights), but the Impostor isn’t affected by this. Use that to your advantage.

Here’s something important to consider: just because you can see a crewmate doesn’t mean they can see you. Crewmate visibility is restricted by the game’s settings and by any ‘blocking’ objects, like walls or closed doors. Learn these angles so that you don’t panic unnecessarily.

If the lobby has visual tasks enabled, know what those are on the current map. For The Skeld, that includes priming shields, destroying asteroids, and emptying the chute. All three maps have a medbay scan task, which is the one players typically use to declare others immune.

Use those visual tasks to figure out which players are safe. You could even declare those players in the chat, which can help you endear yourself to them. After that, you can focus on killing them first. 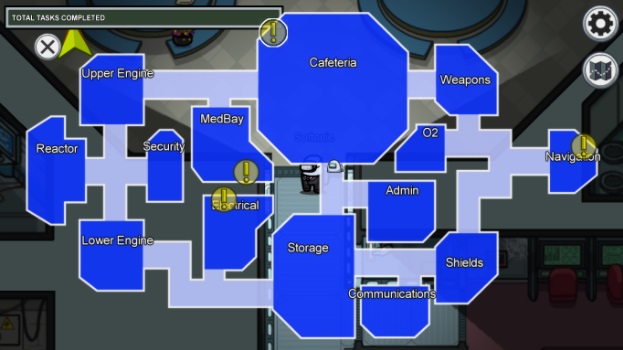 Impostors can’t actually do tasks. While crewmates are running around, tending to the ship’s systems, you’ll be left standing around, focusing entirely on trying to kill people. In the meantime, a crewmate might have spotted that you’re not doing tasks.

Short tasks are your best bet. You can stand by the card reader in the admin room and wait for the bar to go up a little bit before you move along. The card task is notoriously finicky; people usually don’t get it right the first time. As long as the next taskbar update only fills the bar a little bit, you can move away. It’ll look like you’ve done a task.

However, if someone finishes a long task at the same time, it’s going to look like you faked it. You won’t necessarily be considered safe, and you may have to try again to register yourself as ‘immune’. 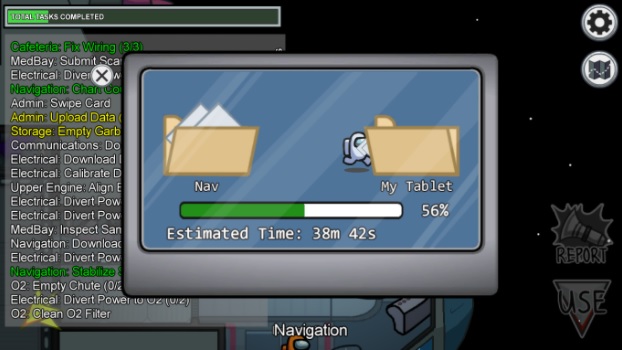 You can’t forget about the other part of the game: meetings. That’s where your abilities as an Impostor will truly shine. You should always be thinking about how players are going to perceive you, how you’re going to explain actions during discussion time, and how you plan to vote.

Make sure that you’re very visible to other players. You shouldn’t do it in a passing kind of way; you need to spend time with other players, do ‘tasks’ with them, and ‘protect’ them. Then you can break off and do what you need to do.

It also helps to get back to a group as quickly and cleanly as you can. If you’re able to spend a lot of time with players before a body is discovered, that’s even better. Players typically don’t think about actual time of death when asking where players were; they usually think about the moment of discovery.

Establishing alibis helps connect you to the crewmates and lessens the likelihood of them suspecting you. If you’re constantly on your own and stalking others, you’re going to be more of a target.

While you could end up killing anybody you want, you’ll have greater luck if you’re very picky about who your victims are going to be.

If you’ve made a friend or an enemy, don’t get rid of them just yet. Let them stick around so it doesn’t look like you’re targeting relationships.

Focus on people who are considered ‘immune’. These are players who were in someone’s sight the whole time or who were seen doing visual tasks. The lower the number of ‘immune’ players, the better your chances are.

Figure out which rooms are the best to leave a body in instead of merely walking away. In Mira HQ, the storage closet might be a good place, as well as the greenhouse. They’re one-way accessible and pretty low-traffic. Make sure you utilize that later in the game when people are just waiting on one or two people to complete their tasks.

You also don’t want to kill anyone who still has to do tasks. As a ghost, they have more freedom of movement and can get them all done without restriction. Focus on trying to kill people who are further along in their task list. If anyone announces that they’re done with tasks in meetings, target them. 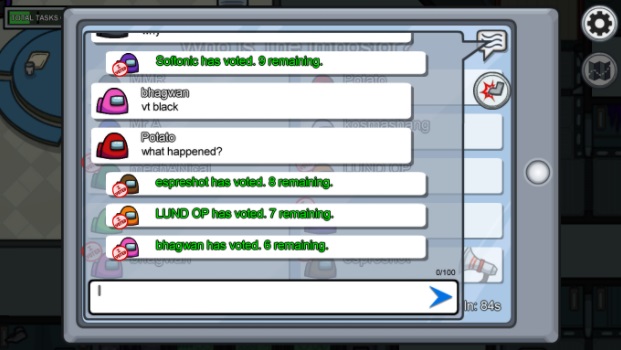 We hope this list was useful in giving you some tips on being a better Impostor. Are there any tips you’ve come up with? Leave them down in the comments below!