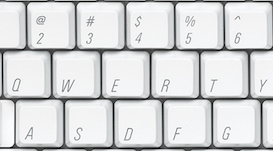 I’ve never been able to touch-type but years of pounding a keyboard with my forefingers mean that I’m a pretty quick typist. Luckily, should I ever decide to learn touch typing, there are a lot more options than Mavis Beacon to learn from these days. These are some of the best you’ll find on the Mac catering for a wide range of abilities, ages, and budgets.

Tux Typing Aimed mainly at kids – but the higher levels are challenging enough for most adults too – Tux Typing is by far the most fun typing tutor I’ve tried. Tux is the name of the Linux penguin and he’s the star of this typing shoot-em-up as you try to prevent him over-facing himself on falling fish in the form of words falling from the sky. Type the words to make them disappear and thus stop them falling into his mouth! The range of languages supported by Tux Typing is outstanding too including Lithuanian, Swahili and even Nepalese! 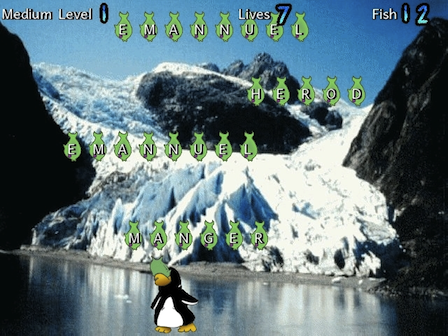 aTypeTrainer A very straightforward typing tutor that’s simple enough for both kids and adults. The aim of aTypeTrainer is simply to type letters in quick succession as dictated to you by the program. It supports a huge range of keyboard layouts such as Dvorak, Colemak or custom layouts built using Ukelele. It can get rather boring just typing random characters which is why its a good idea to spice it up with your own texts which you can import from documents or web browser. If aTypeTrainer is too complicated for you, there’s also the predecessor TypeTrainer4Mac which is basically a stripped-down version of aTypeTrainer. 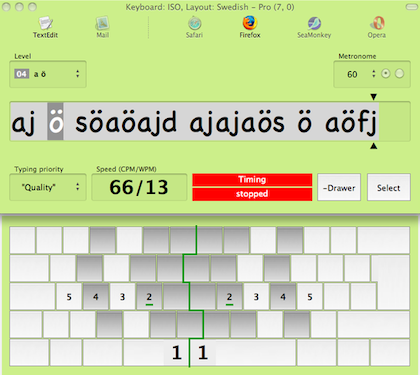 Master Key It might not look pretty but Master Key is an incredibly comprehensive and detailed typing tutor which features hundreds of drill and analytical tools. This cross platform typing tutor is clearly inspired with a Windows interface includes drills for U.S., Dvorak, French, and German keyboard layouts and if they aren’t enough for you, you can import your own text files, eBook pages and even create your own drills. The score readings and stats are incredibly in-depth when you’ve finished including key error rate, average accuracy percentage and of course WPM. 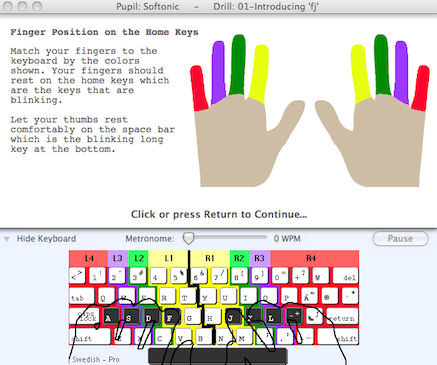 CueType If any of the above typing tutors may be too basic or bland for your liking, CueType might be a good compromise. CueType is an effective yet accessible typing tutor for all abilities and features hundreds of drills simple and complex. So for example, if you want practice using the Space and Return key, select the Space and Return drill. Other choices include practicing using the Right-Shift, Numerals and Symbols keys. The level of difficulty is entirely in your hands as you can set thresholds for the number of errors and words per minute (WPM) you’d like to aim for. 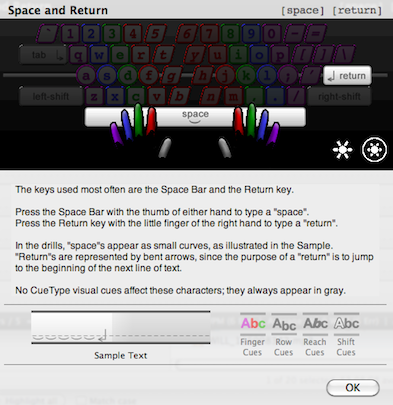 Ten Thumbs Typing Tutor Not many typing tutors feature Vikings and integration with iTunes but Ten Thumbs Typing Tutor does. Ideal for kids although adults will find something for them too, Ten Thumbs Typing Tutor holds your hand tightly through each tutorial which consist of different types of games. There’s even a way to integrate the program with iTunes and then download the lyrics to your favorite songs automatically so that you can use them in typing drills. Finally, it also includes regular advice and tips about where to place your fingers for maximum speed. 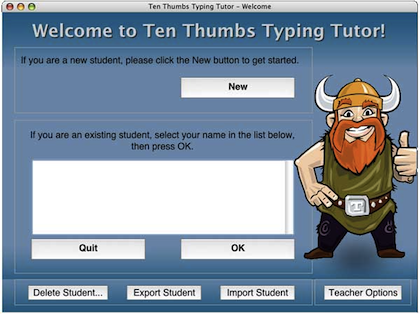