10 Facebook Messenger tricks and secrets that will amaze your friends

Facebook Messenger has introduced loads of developments since the beginning of 2016 – some you’ll have managed to work out for yourselves, and others might still be completely unaware of!

Here we’re happy to reveal ten tips and tricks to help you get the most out of Facebook Messenger’s hidden features. Your friends will love you for these! Let’s take a look!

Chat Extensions allow users to converse with bots individually and in group chats. Stuff like sharing music whilst talking to Spotify’s bot, which would, in time, learn your musical tastes based on your behavior.

Although this feature rolls out automatically on WhatsApp, it is good to see that Facebook are giving users the option converse using end-to-end encrypted messages. All messages sent via end-to-end encryption will be completely secret. Facebook, the government or even nefarious third parties like hackers won’t be able to read your messages.

To activate this feature, all you have to do is click Secret in the top right corner. You’ll then be given the option to send self-destructing messages that will disappear after a certain amount of time. All you have to here is click the Clock icon on the left-hand side of the text box.

Scribble Chat is great new feature that enables you to turn your messages into cool little 3D animations. All you need to do is open a conversation and then hit + button in the bottom left corner. From here you simply swipe left and select Scribble Chat. At the time of writing, you could choose from 42 different options. There might be even more now.

4) Cheer up your friend with seriously-cute pictures

Is one of your friends feeling down at the moment? Why not cheer them up by sending them a ridiculously cute picture of a ridiculously cute cat or dog. Simply type in the message box “@DailyCute” to get a random picture and caption of something adorable! 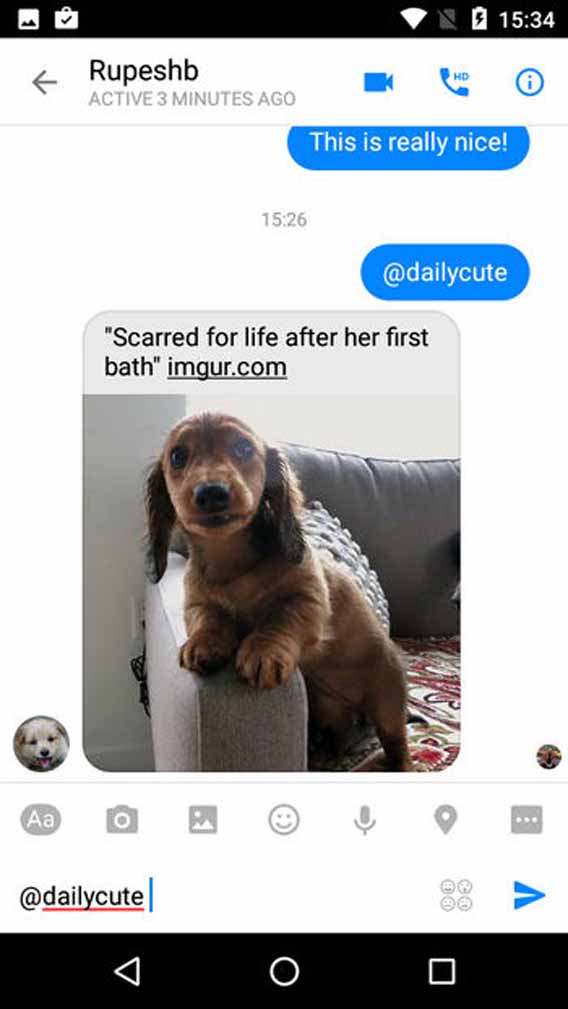 5) Challenge your friends to a game of chess

How about impressing your friends with your master chess skills? Or maybe you just want to kill some time? To start playing chess on Messenger, simply type (to whoever you wish to challenge) “@FBChess”. The recipient will receive a message requesting them to make the first move!

Sadly, Facebook has decided that you can’t just drag the pieces to where you want them, instead you have to use specific codes (which you’ll eventually get used to). To learn how, simply type “@FBchess help” within a chat. You’ll be check-mating your friends in no time! 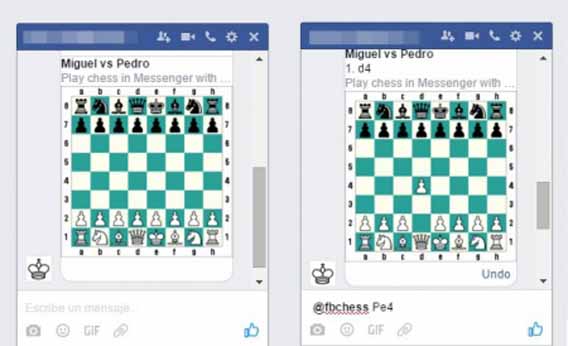 6) The Messenger secret that will help you make friends outside of Facebook!

This trick won’t make you more popular on Facebook, but it will help you become super popular in that strange place called “reality”.

Let’s set the scene: You’re having a coffee with a friend, and things are going great. You’re catching up on everything you’ve missed, reminiscing about the good times and how strong your friendship has become over the many years. Then all of a sudden, your friend gets a Messenger notification and the conversation drops, and all of a sudden your friendship is lost.

Luckily, Messenger has now introduced a similar function to WhatsApp and allows you to mute notifications for a specific amount of time! 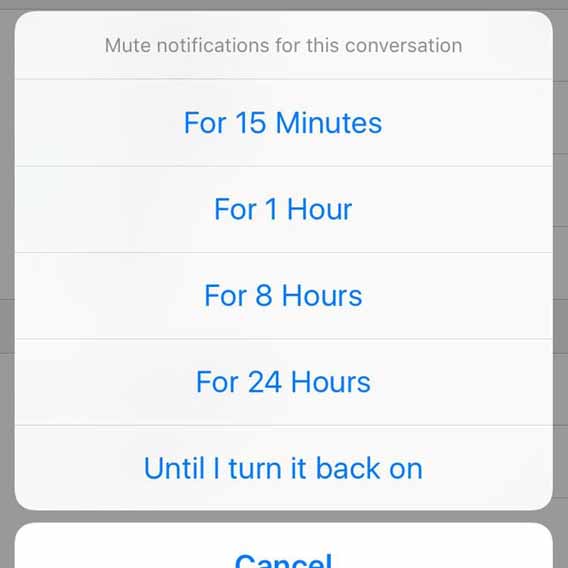 7) What happens when an emoji isn’t enough?

You may find that sometimes, the standard small emojis are not enough to surprise your friends or put a smile on their face. But what would happen if you could make them bigger? Well, you can! Simply press and hold the emoji to watch it expand in front of your very eyes! 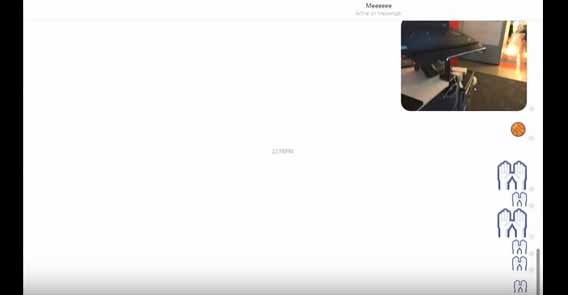 8) Send money to your friends via Messenger!

Messenger’s function that allows you to send and receive money from your contacts is quite frankly, genius. Imagine you’ve purchased tickets for a concert, and need to get the correct amount of money (without worrying about finding change, going to the ATM, etc) from your friends. Easy. It could also be very useful if you have your grandparents on Facebook (now you’ll accept them, right?), who might want to send you a monetary gift for your birthday or Christmas!

At the moment, this feature is only available in the United States, but we should start to see reaching other parts of the world by the end of the year! 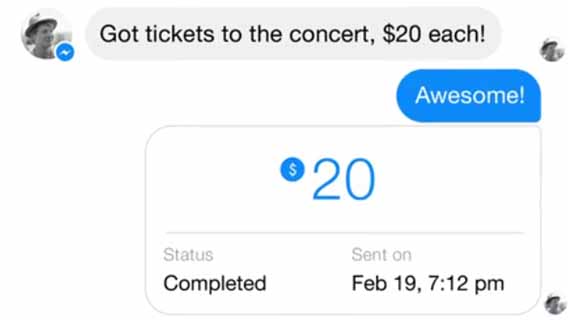 9) Touch somebody with music

Nobody can deny the power of music to stir out emotions – has it ever occurred to you to send motivational songs to your friends instead of a plain and simple old-school message?

There’s a hidden Facebook Messenger feature that integrates your chat with your Spotify account. It’s as simple as accessing the other options (most of which you will have never heard of)directly on the application. Once you’ve found it you can now share your Spotify music such as songs, albums and your best playlists. Please note that your friend will not be able to play what is sent to them from within the chat – they will be sent a link that will open in Spotify- but it’s the thought the counts right? 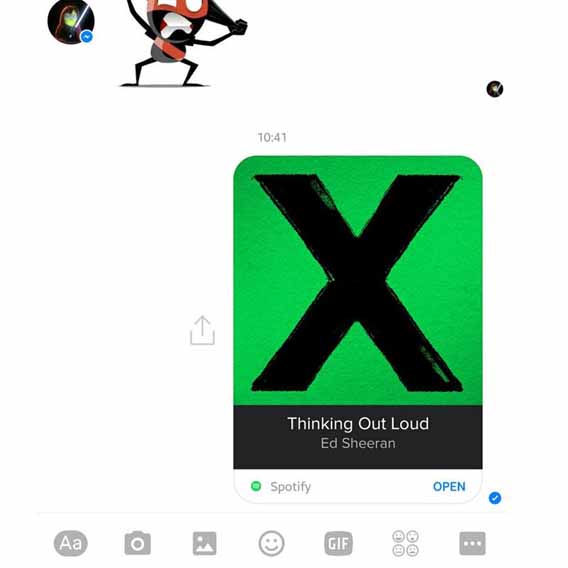 Some of you may not be aware of the terribly-addictive basketball game that’s hidden within Messenger. If you’ve ever played Paper Toss for smartphones, it works on a very similar basis. Simply flick your finger upwards to throw the ball into the hoop. You can even play against your friends!

To start it up, simply send the basketball emoji within a message and the game will start. The real question is whether or not you’ve got what it takes to be part of the 1% elite of players? 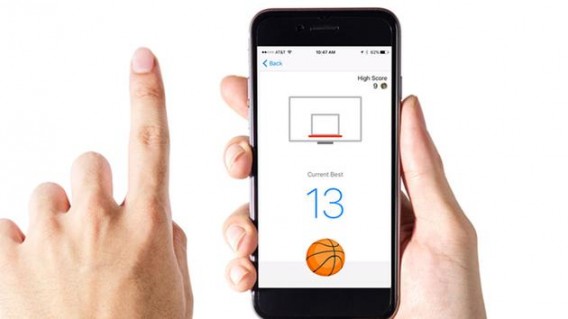