If you’re overwhelmed with choices Wunderlist and Todoist are the two favorite apps in the space— a good place to start looking for the right tool to whip your work-life balance into place.

What should you look for in a productivity app?

That is the million dollar question. Organization is a personal and often sensitive topic. Some prefer something simple (a la Mac’s built-in task list or Gmail’s inbox-based option).

Others treat organizing like a complex multi-step process—think personal Trello cards that you drag from start to finish, checking off milestones as you cross them.

Here, we’ll compare the two rival to-do apps and see how they stack up. 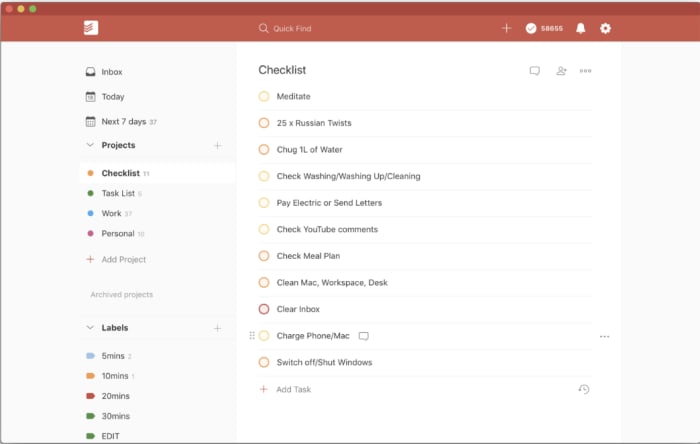 Todoist leads the 17 million or so to-do apps (yes, really) you have to choose from. The reason being, it’s a dedicated to-do app with years of positive reviews backing its effectiveness.

Signing up is as simple as connecting by way of Facebook or Google and from there, you can start filling up your list. Set deadlines, assign priorities to tasks, and delegate work to others. Completing tasks is a matter of checking off a box.

If you want every feature, you’ll need to pay about $4 a month, or $29 for the full year. Which, if you like the lite gamification vibe, then it’s not a huge expense. Initially, it looks the app just presets a Gmail-esque task list.

But, it gets better—for one, you can create projects and divide them up by task—checking off each small step on the road to completion. It also aims to build a habit-tracking element into the mix by offering “Karma Points” each time you complete a to-do.

The free version comes with the basic lineup of tools, but if you’re into it, we recommend springing for the Premium features.

The paid plan allows for more customization—you can filter based on criteria such as due date, project, label, assignee, or a combination. Search by using the @ symbol— to locate tasks within seconds— @pending, @email, etc.

The paid plan includes things like color-coded progress reports you can sort by week or month—this may or may not be relevant to you.

The benefit is, you’ll get an overhead view of how you spend your time, and you can feel good about yourself for sticking with an obligation for x days in a row.

Unfortunately, Todoist lacks a few basics. For example, there’s no traditional calendar view, which makes it a bit hard to plan ahead.

It does integrate with Google Calendar and iCal, so this might not be a huge issue. 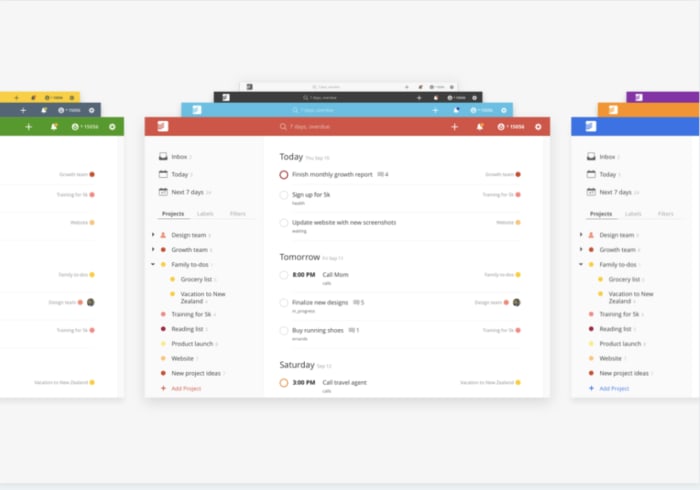 It would also be nice to see a Pomodoro timer integrated with the Karma Points system, but again, it’s not the end of the world. 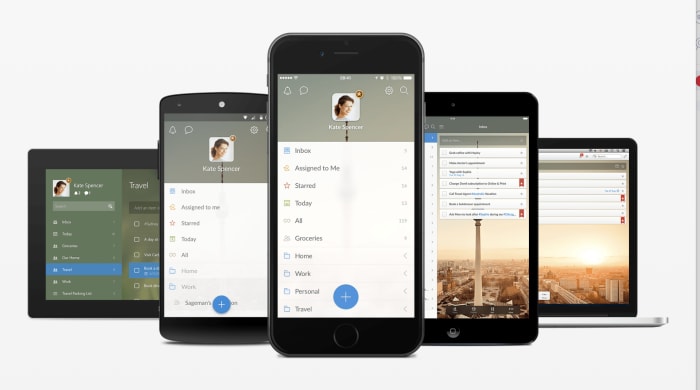 Wunderlist is similar to Todoist, another productivity app that’s been around the block a few times.

The app was acquired by Microsoft back in 2015, and merged with the company’s branded list-maker, Microsoft To-Do—but it seems that due to complaints from the fanbase, Wunderlist and Microsoft To-Do are separate apps these days.

If you’re looking for something free, Wunderlist might be the better option of the two. The platform no longer offers a premium option.

Each time you add a to-do list, you can label it—then access your lists in the app’s inbox.

Wunderlist keeps track of a lot of details, which is great. But, visually it’s pretty overwhelming. Some users might have trouble sorting through the lists and actually doing the tasks. 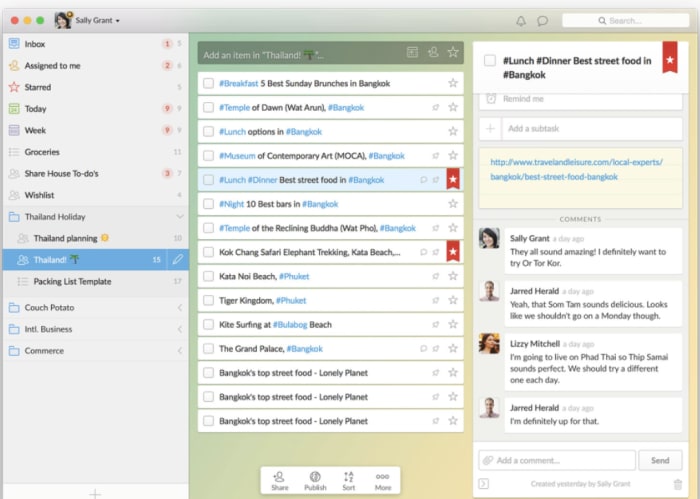 Wunderlist is a useful tool for those who do a lot of collaborating. Sure, Todoist has a delegation tool, but it’s part of the premium package. As you can see in the above image, users can select a task and review related communications or comment.

Wunderlist is 100% free, so the built-in collaboration option makes it easy to share tasks with your spouse or roommates, or even coworkers if you’d prefer to keep a particular to-do outside of a more formal project management tool.

If it’s a question of Todoist vs. Wunderlist, it’s nearly a tie. The interfaces are slightly different, but in either case, you’re getting a simple to-do list app that works on web and mobile.

However, Todoist, in our opinion, may have a slight edge. At a glance, it didn’t seem that there were very many features, but after a little digging, we found Todoist can get as complex as you like.