FilmoraGo is a video editor app for Android and iOS devices where users can create videos. The mobile app lets users add their own music, or choose from FilmoraGo's library. It also lets users record their voice and add filters. 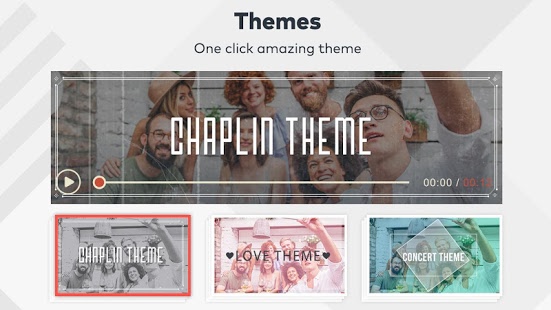 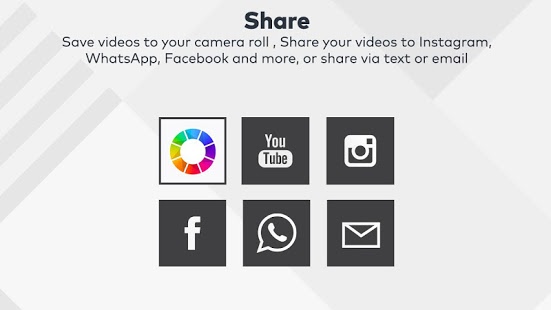 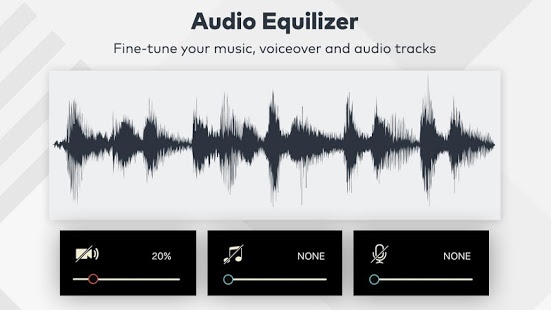 With in-app purchases
Reverse Movie FX is a free app for iOS and Android devices. With this app, users can create reverse videos in seconds, they only have to record the scene, select the fragment you want and press start. Additional sound effects included. 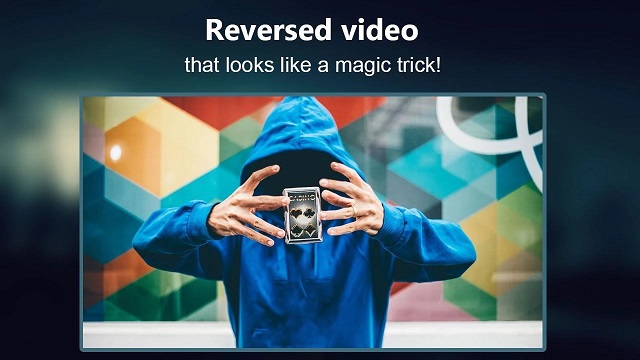 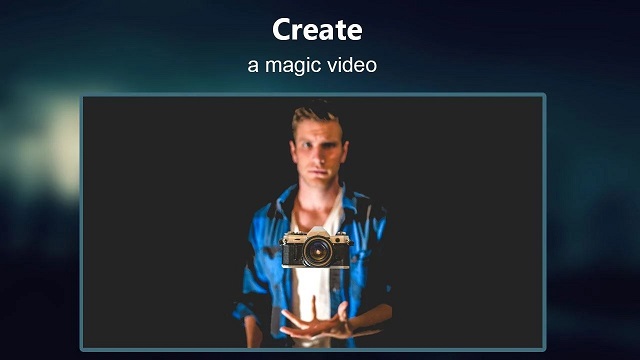 VivaVideo is a free video editing app where you can easily create professional-looking video stories within a few taps, such as montage, memes, collage, loop clips and duet videos. The app is available on Android and iOS devices. 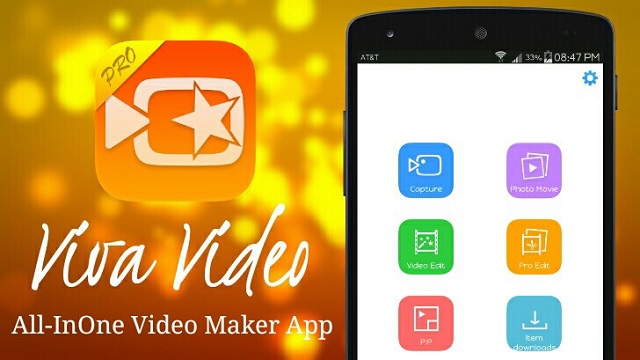 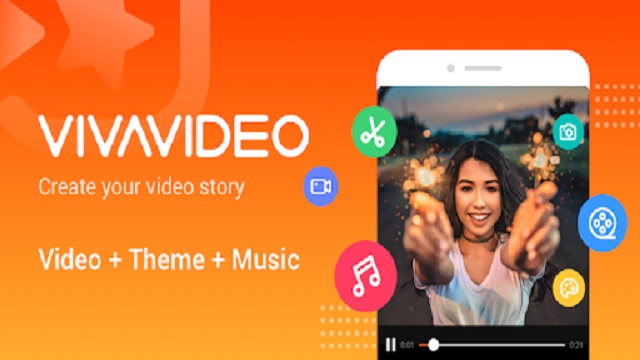 Videoshop is free and an easy-to-use video editor with fast editing tools, filters and many other effects for personalizing your videos which can be shared to your social media accounts. 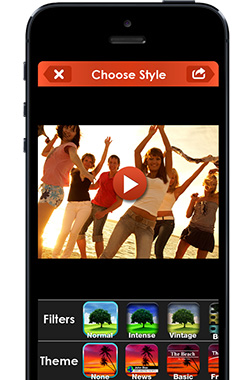 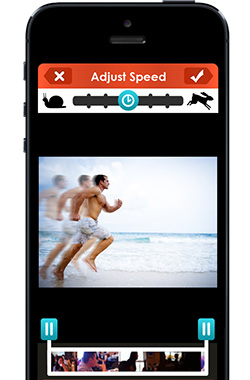 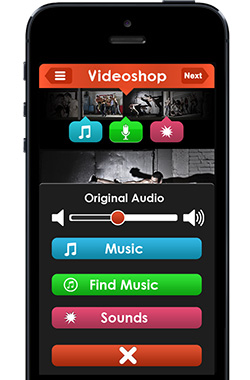 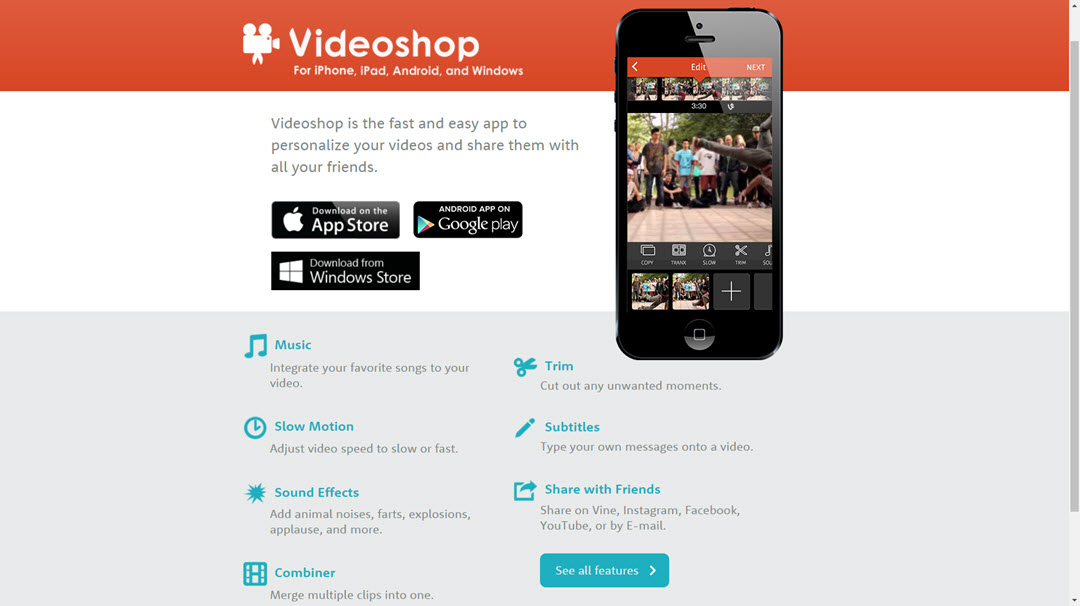 Vizmato is a powerful video editor app for Android and iOS devices. With this app, you can create amazing videos, add music, stickers, filters, special effects, text and much more. 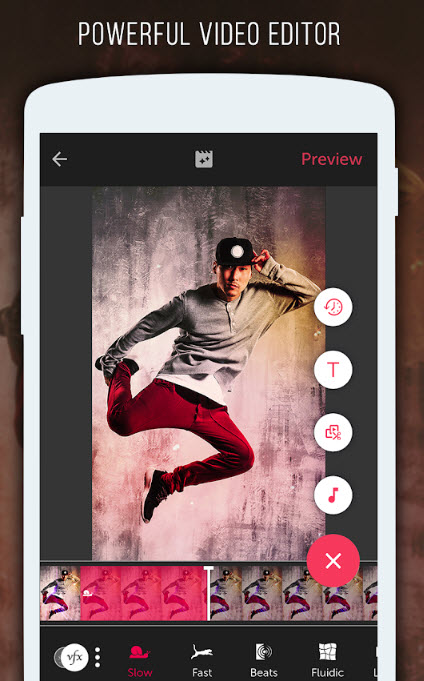 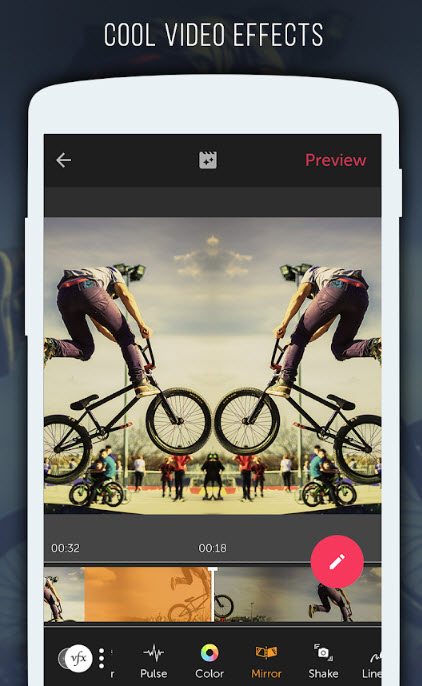 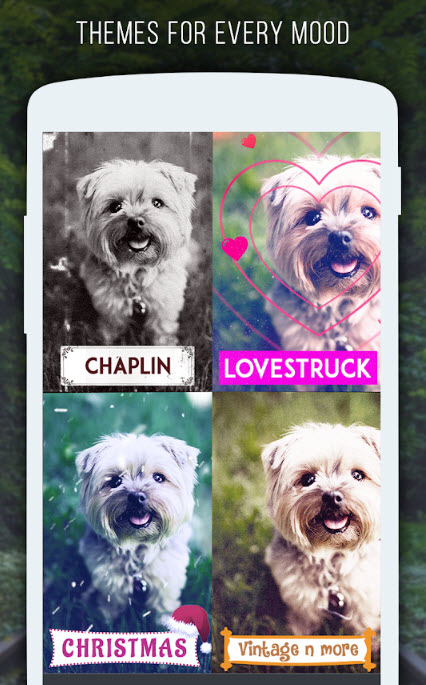 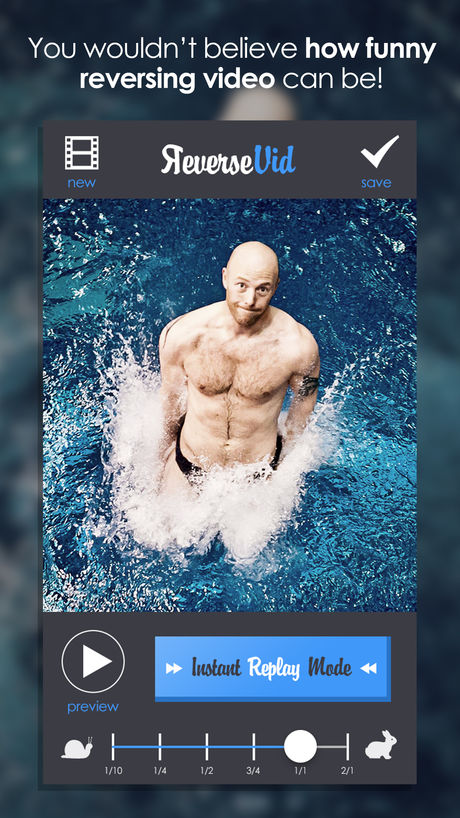 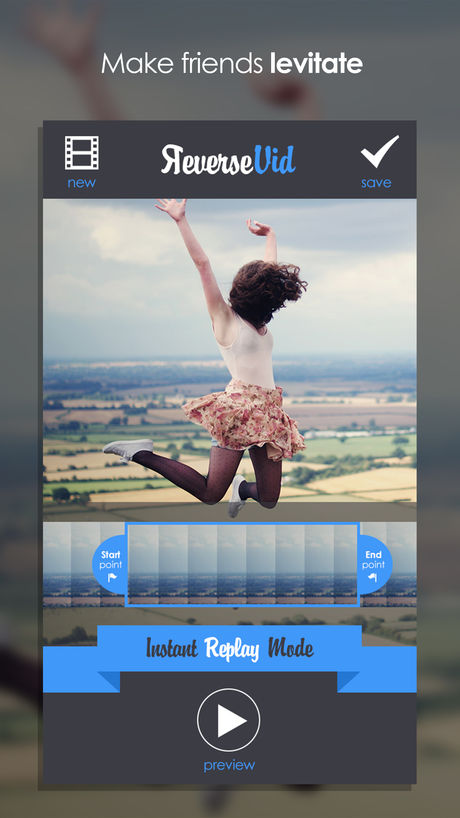 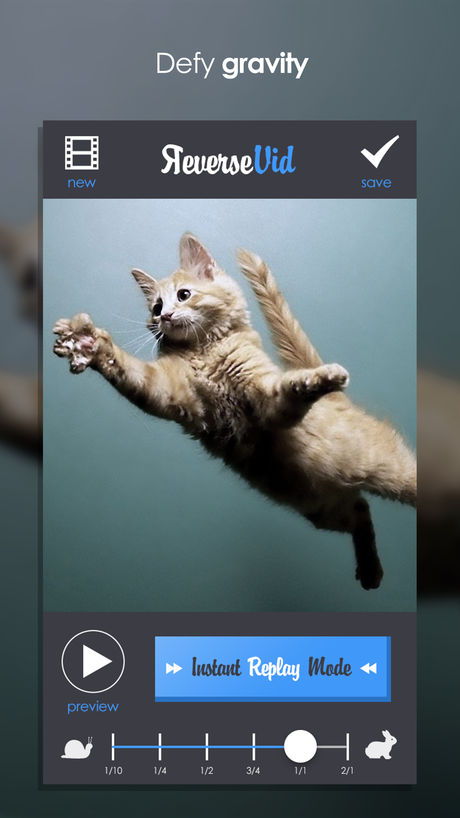 PowerDirector is a video and photo editor app, with timeline video editing feature, and free video effects like slow motion, voice over, and action. The users can share their produced videos on YouTube, Vine, and many more platforms. 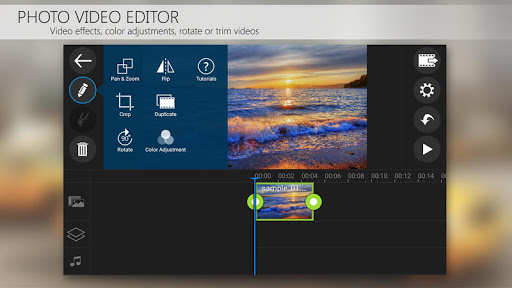 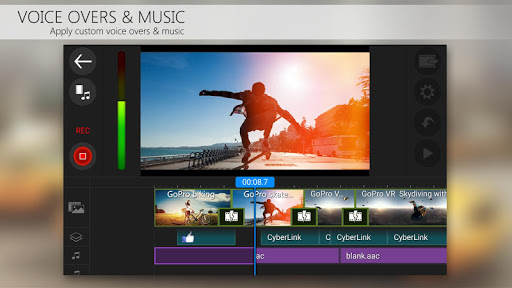 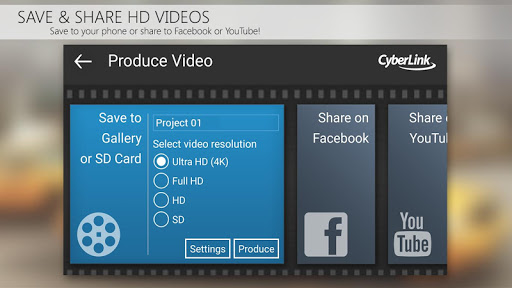 Reverse Video Magic is a free and easy-to-use app which will revert and adjust the speed of your videos and audios from the phone's gallery that can be shared on YouTube, Instagram, Gmail and more. 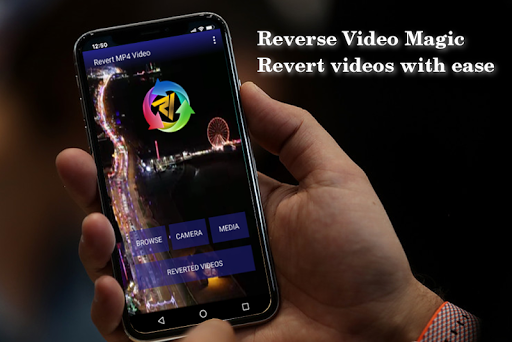 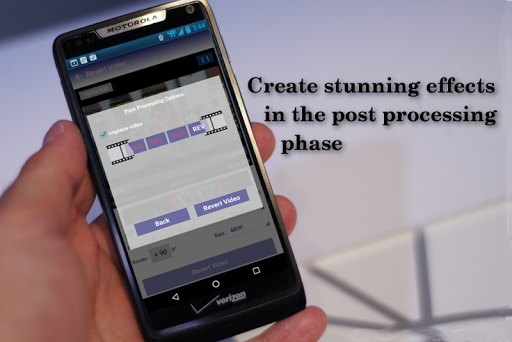 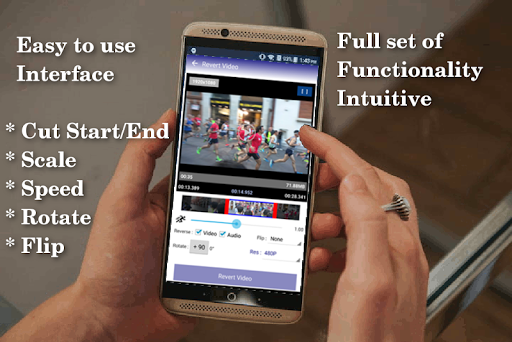 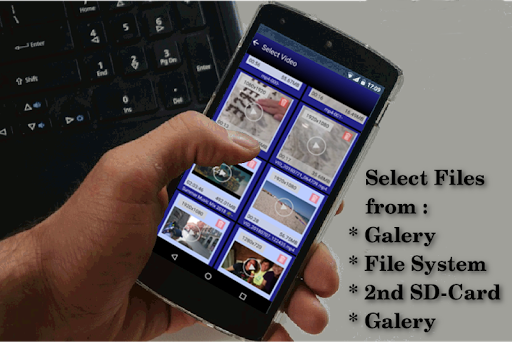 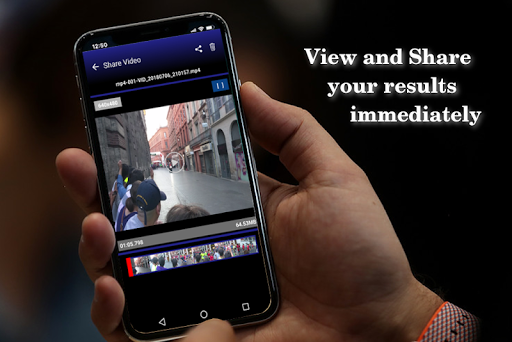 This multi-track video editor will allow you to create, edit and share your videos just by using your phone. It has lots of built-in effects, a title creator and everything that's needed to get the perfect video footage. 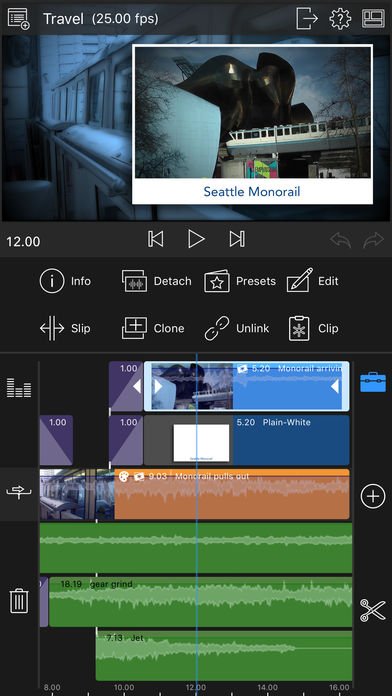 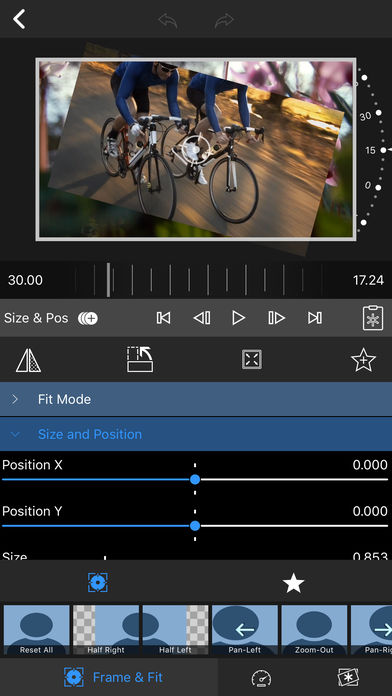 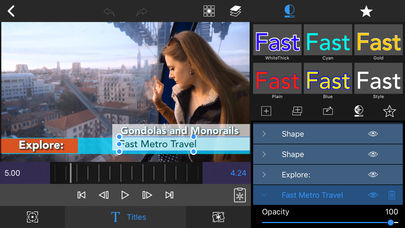 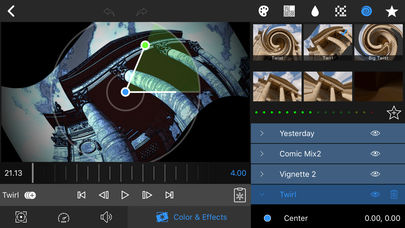 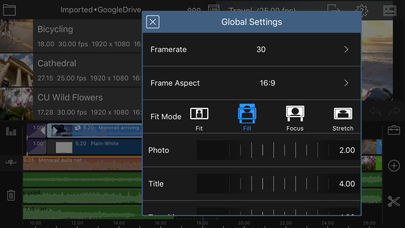 Did you know that the first video editors used to connect video scenes by physically cutting and taping together the 2-inch magnetic tapes? The first videotape format is the 2-inch quadruplex which was released by Ampex in 1956. Research shows that videotape editing was first done without making use of electronic editing, audio dubbing, and even slow and fast motion tool, hence, making editors to literally cut and splice 2-inch magnetic tapes to accomplish video editing. It was the company Smith-Editor, a mechanical splicing station, which helped improve the process of editing and final tape. Meanwhile, Ampex released the VR-2000, a tool that is capable of electronic edits. This was one of the first electronic editing machines and it was called the Editech system by Ampex. This tool had also lessened the hassle of splicing tape. Nowadays, there are several popular video editing software and apps which one can be used to do the fast and slow motion techniques. In addition, software these days are much easier to use, compared to the manual cut-and-splice of magnetic tapes in the earlier times of video-editing. For instance, a video editor installed in a computer is capable of reversing videos. According to Mavitech, reversing videos is gaining massive momentum because some find it entertaining.