People who like iPhoto are few and far between: it’s heavy going, slow to use, and has a habit of ‘appropriating’ any photos that you use it with. It’s good to know, so, that there are some good alternatives out there!

The OS X operating system offers a rich default software package. In fact, it meets virtually every basic need the average computer user has, all without needing to install additional programs.

But, nestling amid an array of good programs such as Safari, Mail and GarageBand, you’ll also find Apple’s Achilles Heel – iPhoto.

That said, it’s not a complete disaster, it’s simply not up to the standard of its fellow apps. And it never really has been.

So, even if you do love iPhoto, here are 5 alternatives that might just be worth a look.

Aperture, a complete and professional package

Aperture is iPhoto’s big sister. It’s not a simple program to use, but it is targeted at a professional audience. It has a lot to offer, both from the point of view of managing your library, as well as touching up images.

The non-destructive editing allows high level, accurate operations. If you come from an iPhoto background then importing the old library is easy. The two programs are able to communicate with each other perfectly – this means they’re both able to use a shared library. 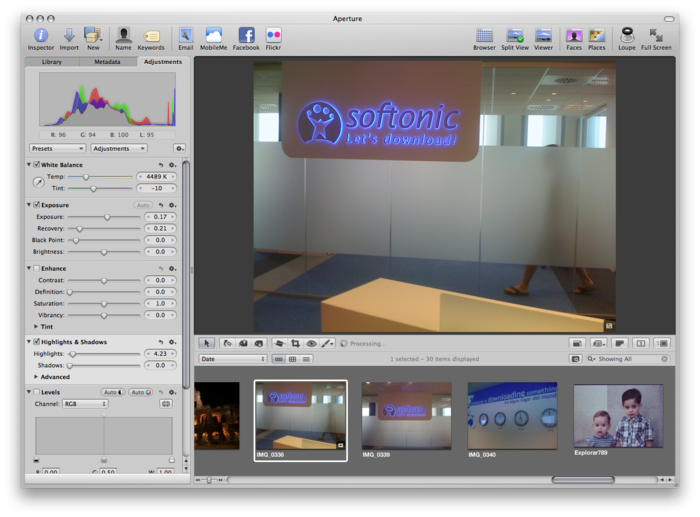 Aperture lets you create presentations, organize your photos using faces and places (like iPhoto) and it’s optimized for retina displays. It’s the right choice for those who are serious about working with their photos, but for everyone else, it’s might be overkill.

Lyn, a paragon of virtue

Lyn is one of the various programs available for managing digital photos that’s better suited to the Mac platform.

It has everything you need: a user-configurable explorer, geotagging, metadata management (essential for professionals), a non-destructive editor, batch processing and excellent sharing options.

Not only that, but it’s also compatible with iPhoto, Aperture, and Lightroom libraries, so the transition from using one of these programs to using Lyn is trouble-free. The interface isn’t as esthetically appealing as that of Aperture, for example, but it’s clean and easily navigable. 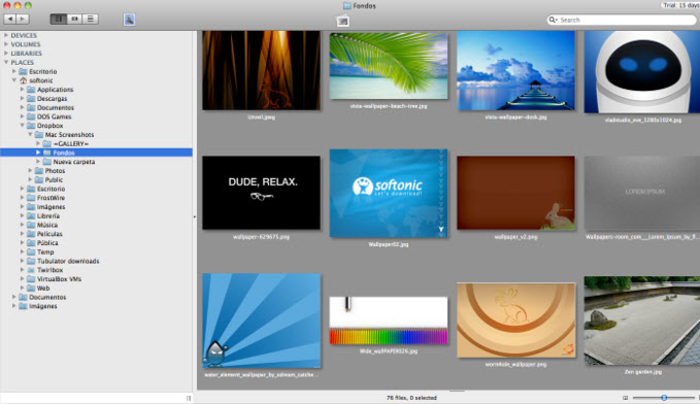 The program is lightweight but supports all popular formats, including JPEG, TIFF, JPEG 2000, PNG, TGA, RAW, HDR, OpenEXR, PPM and animated GIFs. The complete list of compatible formats can be found on the publisher’s website.

It’s perfect for anyone who wants to have their user photo library ordered like a professional (although it doesn’t of course provide such a rich collection of tools as Aperture does).

When it comes to managing images on your computer, then Picasa is unbeatable. Importing the images is a fully automated process: all you have to do is choose whether the application should search for photos in certain specific folders or on the whole of your Mac, and then sit back and wait.

The system puts the photos in chronological order, but once the scan has finished, you can create folders, use tags, categorize by collection and share your Picasa Web Albums. You can also create collaborative albums. 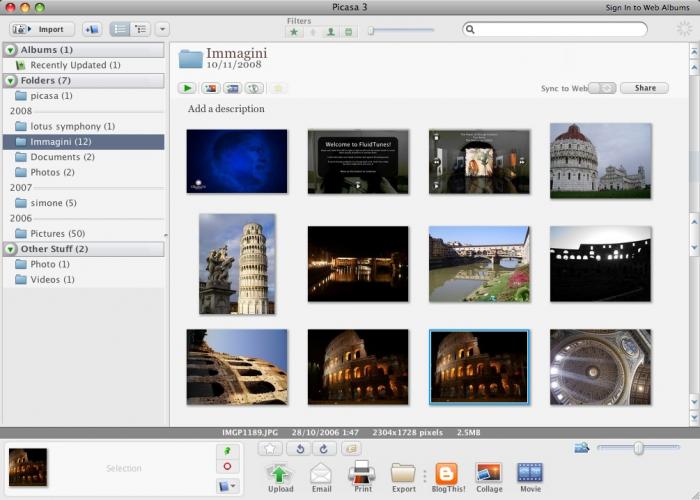 Picasa also offers some basic tools for touching up images as well as some other effects – the quality is ok, but nothing special. The interface is a bit confusing, but remains functional. It’s the right choice for those that don’t want to waste any time and who don’t need anything too elaborate. It supports the RAW format offered by many cameras.

Adobe has managed to infuse the power of Photoshop into Lightroom, merging the simplicity and sense of logic that you’d expect from a high-level photo management application.

The editing tools are very advanced. Worthy of particular mention are Upright, which straightens skewed images with a single click, and the Advanced Touch-up Brush, which works in a similar way to the Clone stamp tool in Photoshop, correcting imperfections and mistakes, but in a far more automated way. 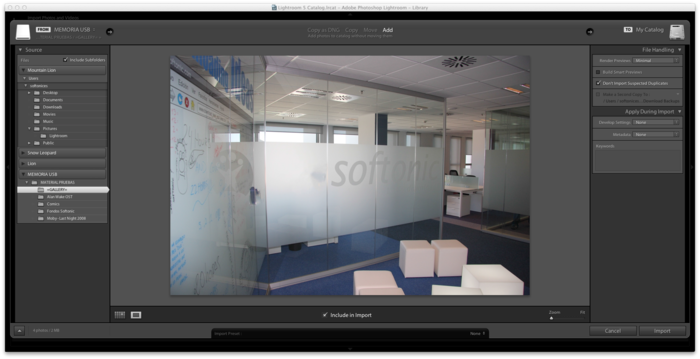 Another very nice feature is the ability to turn color photos into black and white photos. The photo undergoes a process that’s more than simple desaturation, which would leave the shot flat and without character; instead, Lightroom lets you to add data via eight color channels. The result is an intense black and white photo that exudes vibrancy.

The application runs well, even when dealing with very large photo libraries, it supports geotagging and lets you create beautiful albums from templates. It’s a professional tool, but less complicated than Aperture. A little gem.

The Pixa interface is in true Mac style, and is well organized thanks to a predominantly automated workflow that allows you to add images to your library or share them in a few simple clicks.

The Auto-tagging feature saves the tedious job of tagging photos in order to find them easily, because it automatically adds attributes to the images. The Live folder, however, is a smart folder that lets you group your photos how you want to, but without moving them from their original locations on your Mac. 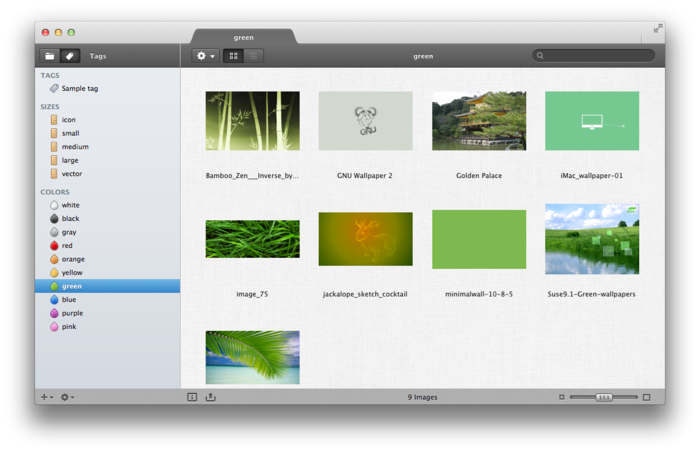 Exporting using the conversion presets makes it very easy to share images. Pixa is a program that’s perhaps less rich than the previous ones we’ve discussed, but it has more original features. It’s one for the more daring among you!

What do you think of iPhoto? Can you suggest any other alternatives?