Back in 2017, Amazon quietly debuted its Influencer Program as an experiment of sorts. Big influencers like Jillian Michaels and Mark Cuban were invited to promote curated product collections.

Over the past few months, it came out that Amazon is amping up the program. This includes opening access to the more “engagement-friendly” micro-influencer set. The program also offers big commissions to influencers.

As customers grow increasingly wary of big brands, micro-influencers have been huge for brands. They have proven to be a cost-effective way to establish trust with consumers. So naturally, Amazon wants a piece of the action.

Here’s a look at the program and how it works:

What is Amazon’s Influencer Program? To qualify, you’ll need to submit your social media accounts and Amazon will look closely at your number of followers. They will also look at other engagement metrics before extending an invitation.

Still, the only real difference between the two programs is that influencers get to create custom shops and their own vanity URL.

Here is a look at Mark Cuban’s shop, which is basically a compilation of nut butters, his books, and energy bars. Associates, by contrast, don’t get their own shops on Amazon. Instead, they’d feature their recommendations as trackable links on social channels or a personal blog.

How much do Amazon influencers make?

Like Amazon Associates, Amazon’s influencers earn based on how many sales are made through their custom storefront.

The commission structure is similar to the Associate Program as well. Amazon’s private label clothing will net influencers 10% of the sale, while video games will yield only one percent per referral.

What makes Amazon’s program different than other arrangements is the payout is coupled with the value influencers give back to the brand.

For example, every time someone purchases a belt hanger (that’s a thing???) from WhatsUpMoms’ shop, they earn a percentage of that sale.

By contrast, if you want an Instagram model to promote the latest FitTea-type product or Fashion Nova outfit, you’d pay a fixed fee. The fee is based on the influencer’s past performance. It’s more like paying a blogger for a project vs. affiliate commissions.

What’s also interesting is that this commission-based payout is something just about any brand can leverage. It also might be an effective way to work with micro-influencers. Now, advertisers can spend less time and money on reaching out to individual influencers and invite them to apply to their program.

That said, Amazon has a massive catalog. Facebook and Instagram can’t offer that same direct line to making a purchase, nor can most other retailers.

So, how do I become an Amazon influencer?

Amazon has been reaching out to micro-influencers, inviting them to join.

Potential influencers can apply to the program. However, they’ll need to prove that they’ve got the numbers and the engagement deserving of their very own vanity URL.

In order to qualify as an official Influencer, you’ll need to submit your social media accounts.  Amazon will look closely at the number of followers, as well as other engagement metrics before opening access.

What we think is kind of cool about the program, as well as Amazon’s Affiliate Program is you can sell through multiple platforms. The custom URL makes it easier to promote a link where it might not be possible.

Influencers can easily add items to their shop as easily as they could create an Amazon wishlist or a registry. They can choose to promote an individual item or direct followers to check out their recommendations.

Could Amazon shake up the influencer model? 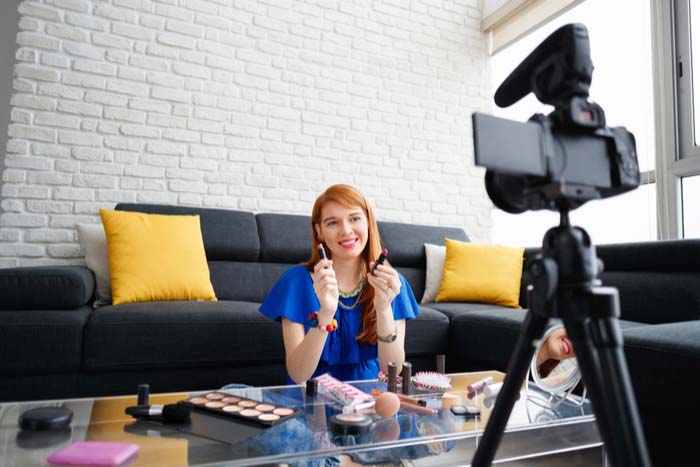 Amazon’s Influencer Program hasn’t made many waves in the two years it’s been around.

However, change could be on the horizon. The affiliate structure payout only rewards those sellers who actually make a sale. This presents a potential solution for brands who pay upfront without an easy way to measure their return on investment.

On the influencer side, Amazon offers some creative freedom in exchange for adopting the new payout model. Amazon just asks that you stick to the ad disclosure rules and that’s about it.

6 ways to keep up with great deals on Amazon ►

How to create a baby registry on Amazon ►

How to create a wedding registry on Amazon ►

Snapchat officially launches Snapchat+: here are all the details