Apple has responded to user complaints about iMessage after upgrading to iOS 7. Users report missing messages, messages sent as texts instead of iMessages, and messages refusing to send. The company has told the Wall Street Journal that it is aware of the issue and is working on a fix. Here’s what Apple had to say:

“We are aware of an issue that affects a fraction of a percent of our iMessage users, and we will have a fix available in an upcoming software update. In the meantime, we encourage any users having problems to reference our troubleshooting documents or contact AppleCare to help resolve their issue. We apologize for any inconvenience this causes impacted users.” 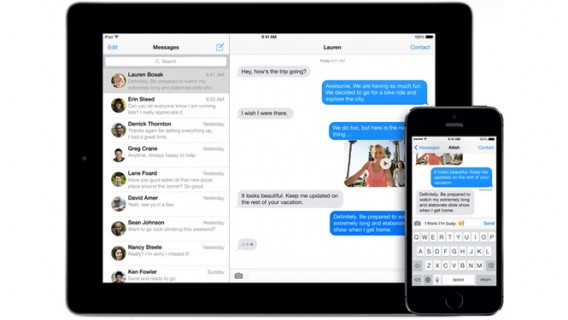 Although Apple tells customers to contact AppleCare about issues with iMessage, it’s unclear what Apple’s support team can actually do to resolve the problems. This isn’t the first time Apple’s messaging service has experienced problems. The company issued an update for Mac users who received iMessages out of order back in June of this year.

Apple has been quick to update iOS 7, releasing iOS 7.0.2 to fix a lock screen vulnerability less than a week after the operating system’s launch. It’s likely that Apple’s upcoming iOS 7.0.3 update will address these iMessage bugs and should be releasing soon.