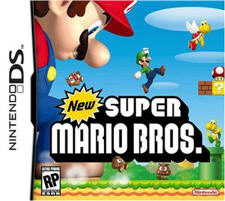 It seems a lifetime ago now but in the days before Playstations and X-Boxes, game playing was dominated by consoles like the Nintendo NES or home computers such as the Commodore Amiga. Such machines are nothing but relics nowadays with many microwave ovens packed with more processing power. However, if you were brought up on a diet of Super Mario, Sonic The Hedgehog or Kick Off 2, these games probably hold a special place in your heart despite graphics and playability that would make a modern calculator blush. The good news is, you can roll back the years with some classic emulators on Softonic.

Emulators run the operating system of your favourite console or home computer on your PC. There’s an emulator for just about any of the major old games machines but it is the Nintendo series that dominates.

The most popular emulator on Softonic is for the Ninetendo Gameboy – VisualBoyAdvance so if you were a big fan of classics such as Super Mario Brothers, Frogger or Donkey Kong, you can play them again with this program – except not in your hand obviously.

If you were a Ninetendo 64 addict, then Project64 is an emulator project that’s been in development for the past two years. However so far, they’ve only got Super Mario 64, Mario Kart and Castlevania 2 on offer although these are surely among the most popular titles on the the N64 anyway.

Finally in the Nintendo range, there’s ZSNES for Super Ninentendo games such as Final Fantasy and yes, Super Mario Kart. Note that this particular emulator is still only in beta form so you may experience some stability problems whilst running it.

As a former Amiga owner though, my personal favourite is WinUAE Commodore emulator. Once installed, WinUAE runs Workbench on your desktop and you load games with the standard ‘File – Open’ menu as you would with any word processing package. You’ll find a massive selection of games at the Amiga Forever site including classics such as Speedball 2, Sensible Soccer and Lemmings.

One final note – if downloading emulators seems a bit too much hassle, you can always try Console Classics which brings together tons of Atari, Nintendo and Sega games through one easy interface. The catch however is that you have to pay $5 dollars a month to use it but if you miss Mario that much, then that’s just the price you’ll have to pay!