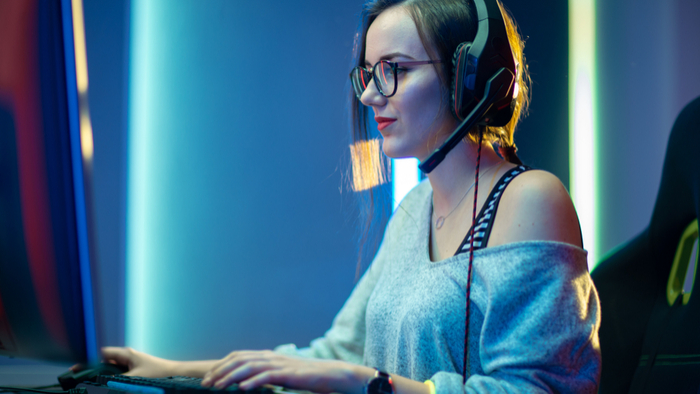 YouTube is a huge platform that’s growing exponentially by the day, and the largest video genre is gaming. While those who are familiar with the YouTube gaming scene are sure to recognize huge names like Pewdiepie, Markiplier, DanTDM and Jacksepticeye, most times female gamers are left off the ranking lists. We’ll shed a little light on the ladies with our list of a few female YouTube gamers that we enjoy.

iHasCupquake (Tiffany Herrera) is best known for her earlier Minecraft gameplays but also uploads videos for DIYs and cosplays. She started her YouTube channel in 2010 when she was encouraged to upload by her husband, also a YouTuber, who goes by redb15. Her first videos were of League of Legends and World of Warcraft gameplays, and discussions called “Gamer Talks.”  Outside of gaming, Cupquake also has YouTube channels for her cats and pet product reviews (now inactive), DIYs and Vlogs, and toy reviews.

LDShadowLady (Elizabeth Dwyer) is a YouTuber from the UK who uploads mainly Minecraft and The Sims gameplays. Her Minecraft videos consist of playing a ton of different mods which she uploads in seasons. Her Sims videos are in the form of stories or challenges, like the recently popular 100 Baby Challenge.

OneShotGurl is known for her Fortnite livestreams and gameplay videos that she makes from them. She streams on Twitch as well and previously held a record for most squad kills made in one round with other streamers FaZe Tfue and FaZe Cloak. Before Fortnite, she played a lot of PlayerUnknown’s Battlegrounds and other AAA titles.

Jazzyguns is a relatively new YouTube gamer, having posted her first video a year ago. Most of her videos are Let’s Plays and streams of popular titles like Detroit: Become Human, Outlast, and Alien: Isolation. Horror seems to be the genre that she enjoys uploading the most, and her reactions are what really make her videos hilarious to watch. Her gaming content varies as she plays AAA titles and indie games as well. Along with newer games that have just been released, she also includes some that are a few years older like Batman: Arkham Knight.

Pokimane (Imane Anys) is quite popular in the gaming community, as she uploads on YouTube and streams on Twitch as well. She’s known for her Fortnite and League of Legends streams, but also uploads DIYs, mobile simulator gameplay, and cosplay videos. She’s one of the top Twitch streamers with the most followers, having started in 2012, two years before starting her YouTube channel. Outside of gaming, she also has an ASMR channel.

KittyKatGaming is run by a gamer who goes by Mortem3r, who has a second channel also called Mortem3r. On KittyKatGaming, you can find many different gaming genres, ranging from indie to multiplayer games like Mario Party and The Jackbox Party Pack. A large part of the KKG channel is about interacting with fans, so usually when Mortem3r plays things like Jackbox, she’ll open the game up so subscribers can play as well.

Recently, due to YouTube’s infamous algorithm, KKG hasn’t been receiving as many views and Mortem3r made a video saying that she believes her channel has been shadow banned.

Shadow banning is when a content creator thinks that their channel is being hidden from potential viewers by not showing up when searched, current subscribers have been suddenly unsubscribed, or their videos are not showing up in a subscriber’s feed. Due to this, Mortem3r has decided to move completely over to her Mortem3r channel and continue making all of her KKG content there. The Mortem3r channel currently consists of vlogs, general chatting, and beauty videos.

There you have it! There are thousands of ladies out there who love gaming and contribute to making our favorite games great. More and more advancements in games and gaming hardware are being made every day, and we can’t wait to see more women represented in a male-dominated industry. As displayed in our list, they sure have the talent.