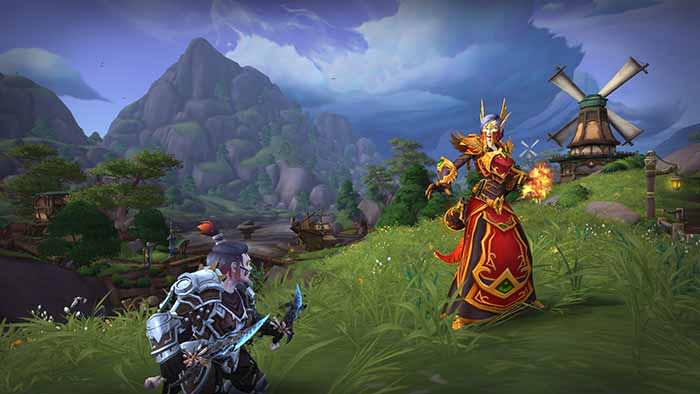 World of Warcraft has been around for a really long time now. While the gameplay, graphics, and story have enhanced over time, the UI has not changed nearly as much. Some things that may seem like they should be obvious menu items are only accessible via addons. Addons in World of Warcraft are essentially mods that give you additional menu options and visuals. Some are small, and mostly used for organizing items or menus, while others will give you more options in combat! Below are some of the best addons for both old and new players. The majority of these can be downloaded through Curse.

One of the best addons for organization. The basic function of Bagnon is to put all your bags into the same window. That already helps with finding items more effectively. In addition, it has functions to help to organize your bank. It also makes item searches and identifying item quality easier.

Another popular add-on for organization. Instead of being used to help with bag functionality, Bartender4 can be used to reorganize your action bars. This is really helpful since the original locations of the action bars are large and fixed. This lets you customize them in a way that helps you the best.

If you’re ever wondering how well you are doing in an instance or during a fight, Recount is the way to check. It gives you information on how much damage, and healing you and your party are doing at a given time.

A stable for any healer. While not every healer uses this, those that do swear by it. It allows you to set spell combinations so that every ability you use is at its optimal effect. Healers have a large range of buffs and healing abilities, and Healbot lets you use the best ones you need when you need to. It’s a great organizing tool for any healer.

How to choose your World of Warcraft class

If you frequently run instances, then Deadly Boss Mods is one of the best addons you can possibly have. In fact, it’s the most downloaded addon for WoW on Curse. Essentially, it alerts you on everything you need to know about a dungeon while you’re in one so that you can keep yourself alive. It’s pretty customizable, and it interacts with other people who have the addon as well, so going in with a party can really help utilize this addon’s full potential.

WeakAuras 2 can be pretty complex and daunting for some players, but it’s another great organizational tool. It reorganizes buffs and status screens in a customizable way, so you can view them how you want to. It is a bit difficult and confusing to start these customizations, but thankfully there are templates that already exist for most of the basic customization options.

Checking the auction frequently is a great way to make money in WoW. Auctioneer helps players get a better understanding of what items should be selling for. This helps a lot with organizing your thoughts on what you should be selling and the price you should be doing it at. It also helps with general auction organization.

There are addons for ElvUI on Curse, but unlike the other addons on this list, ElvUI itself can have to be downloaded separately. Despite this, it is probably the most useful in terms of UI customization. ElvUI is a complete UI overhaul that allows you to fix many of the basic customization issues that the original WoW UI has. The big drawback to ElvUI is that it is a bit of a time investment when you first download it. It takes a while to get used to, and you’ll have to take the time out to fully customize your UI. This can feel vastly different from other addons that are mostly set immediately once you’ve installed them. If you’re willing to put in that time though, this can be a really effective tool in organizing your menus and having a better visual experience playing WoW. With this addon, you won’t need some of the other ones, such as Bagnon, which ElvUI already has built-in.

The 10 best games on Playstation Now ►

Is an Official GTA 6 Announcement Looming?