Grab your wizard hat, double-edged straight sword, and haversack of rations, because we’re going on an adventure!

If you were like us as a kid, after reading a good fantasy novel or watching a particularly exciting movie, you went outside and played with sticks. You imagined they had the power to shoot flames, summon shields, or turn people into frogs.

Why? Because magical staffs are awesome! Whether they channel a user’s inherent energy, like Gandalf’s staff, or possess wild magic of their own, like Wabbajack, each of these iconic scepters contain the stuff of dreams, nightmares, and more.

So, let’s talk about the… Before Jafar takes over Agrabah, fights Aladdin, and turns into a wildly powerful genie of darkness, his staff is nothing short of memorable. The moment he dials in on Jasmine’s father, the Sultan, with those jeweled snake eyes and turns a once-proud man into his personal flying monkey, there’s no forgetting his staff!

Seriously. If you saw a costume-less person on Halloween holding a snake scepter, we’re willing to bet you’d think: “Huh, where’s the rest of their Jafar getup?” Trust us, it’s true.

But let’s ask the real questions here: does Jafar use his own magic? Does the staff have power itself? Is he a magician because he found the staff, like Aladdin found the lamp? Is Jafar, at heart, just another street rat dreaming of becoming a prince, who took a wrong turn toward the dark side? Is his mother named Martha?

All musings aside, we’re pretty excited for the live-action remake of “Aladdin”. See it in theaters May 24!

9. Every Pickaxe from Fortnite 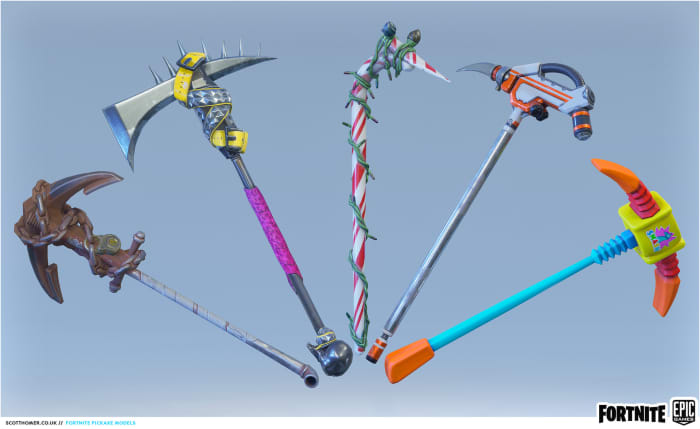 We’re totally joking, these don’t count as staffs and (most of them) aren’t magical. Just wanted to make sure you’re paying attention. 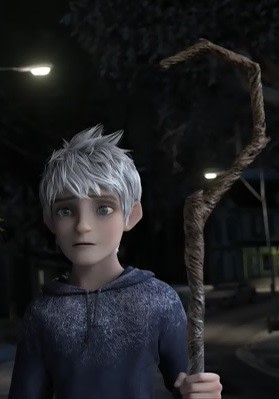 If you haven’t seen “Rise of the Guardians,” we recommend it!

Jack Frost, the main character, teams up with Earth’s guardians, the Avengers!  Wait, no, he joins holiday heroes like Santa, the Tooth Fairy, Easter Bunny, and Sandman. Together, they battle Pitch, the veritable lord of nightmares.

But forget all that for now. Look at Jack’s staff!

It is shaped like an avant-garde shepherd’s crook and made of either a gnarled branch or a bunch of brown paper towels wrapped around PVC pipe. This staff creates ice and cold when used by Jack Frost. Generally, he just brings winter to Earth, but when children are in danger of Pitch’s nightmare-scape, he’ll essentially become Frozone from “The Incredibles.”

We’re pretty sure Jack Frost’s staff isn’t the source of his true power, because he became a guardian after saving his brother from ice. THEN he gained frost magic, so it was inside him all along! Isn’t that nice?

In the picture above, the cosplay staff was made entirely of Legos.

Now, about the staff: anyone who’s played Overwatch knows the importance of healers. No healer is better known than the techno-angelic Mercy, who uses her staff to heal teammates while they fight. We aren’t exaggerating when we say a good medic makes the difference between life and death, victory and defeat.

Wouldn’t it be great if your teammates didn’t also verbally abuse you while playing healer? That would be awesome. 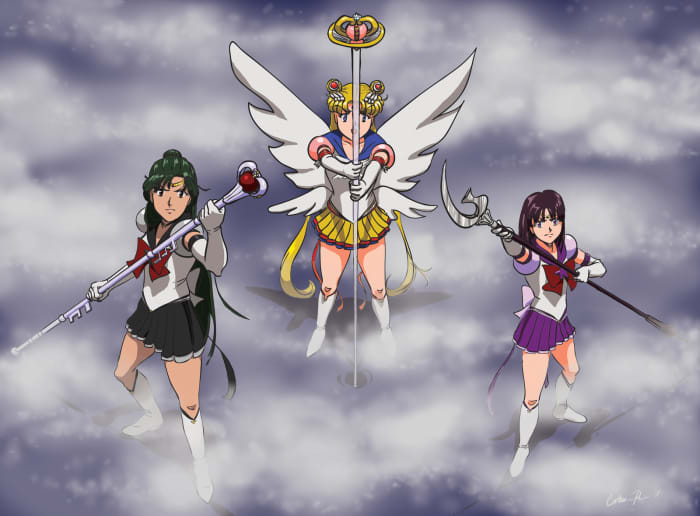 Ever been to Comicon?

Each one of the Sailors has their own staff, but Sailor Moon herself wields the Moon Stick. The Moon Stick allows Sailor Moon’s alter ego to transform into Sailor Moon. It also allows her to launch attacks such as the Moon Healing Escalation Attack.

If you haven’t seen “Sailor Moon,” do yourself a favor and check it out on Crunchyroll. 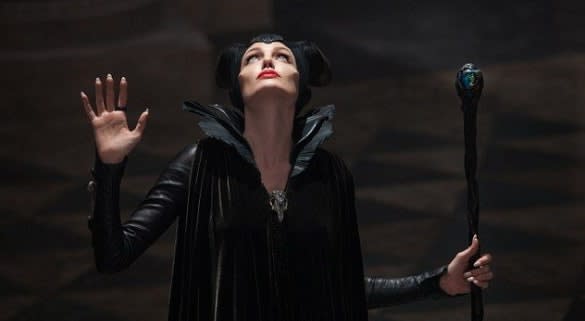 Never forget, in the original animated film, this staff performed some of the most exciting and versatile feats of magical power ever to be seen in a Disney movie. 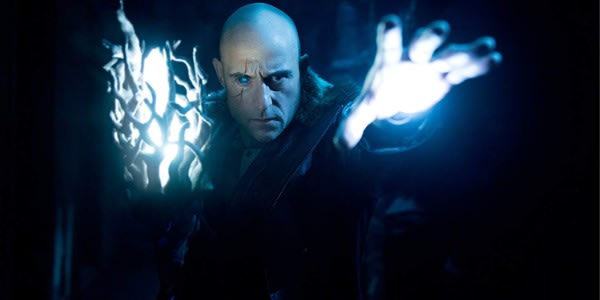 The recent release of Shazam contained what we believe to be a seriously underrated staff! Simply by touching it and saying the wizard “Shazam”s name, orphan Billy Batson turns into a superhero!

While the staff doesn’t actually produce ice, control minds, or open portals like you’d expect from something on this list, it’s still awesome. We believe the ability to turn anyone into a super-strong, lightning-powered hero who can fly gives it a firm bid for Number 5, at least. 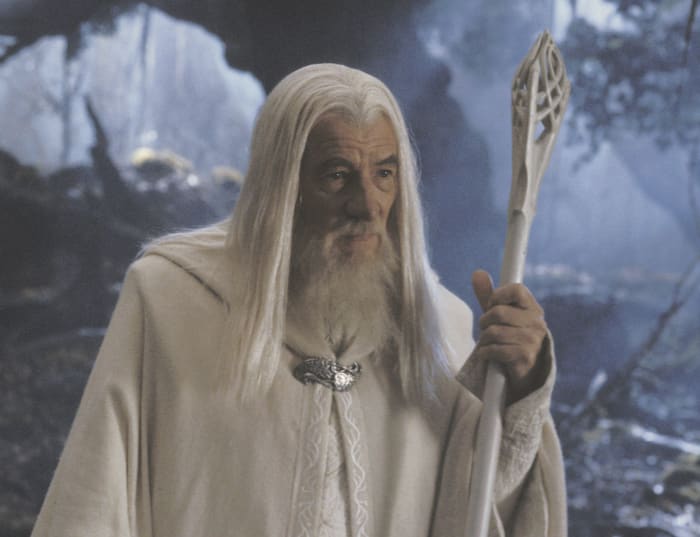 Few character introductions hold a candle to that of Gandalf the White. He appears in a flash of glory and uses pure magical energy to swat aside Legolas’s arrow and Gimli’s ax. When the radiance dies down, you see him fully, in new duds holding a beautiful white staff.

It’s his final form: the original convoluted staff became a shiny, pale piece of artistically intertwined branches. When put to its full use, Gandalf can personally ward off an entire flock of Nazgul.

Even when used without magic, it still can knock orcs over the head with ease. This staff does a whole lot, and looks good doing it! It’s equally as awesome in the old EA “Return of the King” game. 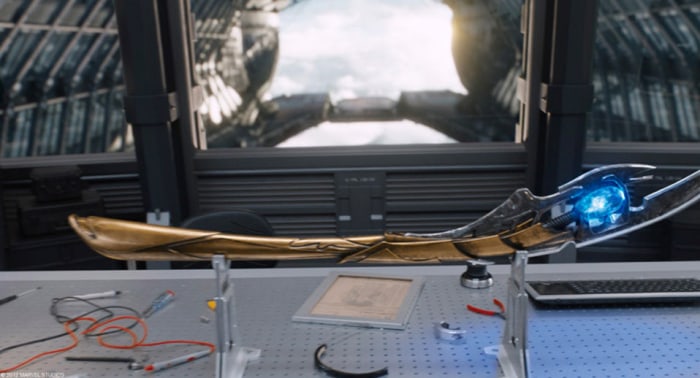 The scepter was first seen in “The Avengers,” and came back in “Avengers: Age of Ultron” where it helped create Vision. It also helped give Scarlet Witch and Quicksilver their powers.

The staff shoots blue bolts of energy. It uses the power of the Mind Stone. It can control people with just a touch. The pointy end can skewer agents named Coulson. The blunt end can briefly bonk Captain America in the head before he shouts “not today” and spin-kicks you in your shiny, helmeted head.

Alright, that got silly but you got the point: it’s awesome!

Although you might not be able to wield Thor’s hammer, Loki’s scepter can be just the tool you need to plan your own alien invasion.

Are you worthy enough to wield Thor’s hammer? 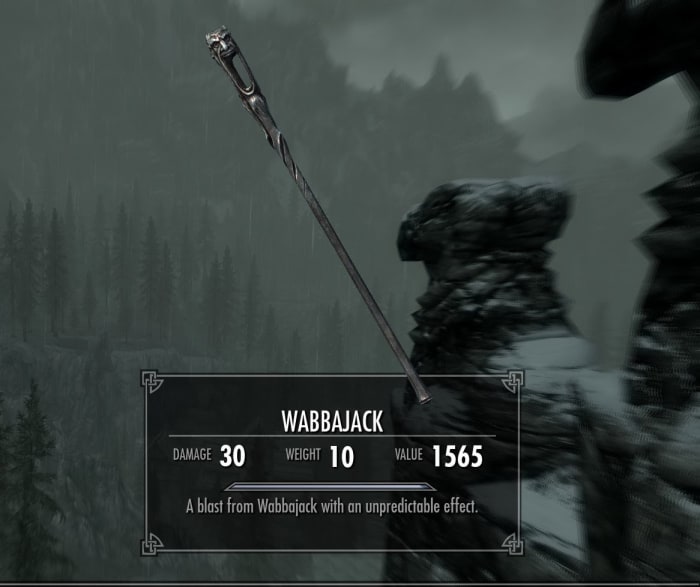 There may never be another game like Skyrim. Our fingers are crossed so hard for Elder Scrolls 6, we can’t even tell you.

In Skyrim, there were many staffs. Dragon priest staffs shot elemental energy, Magelight staffs performed great alteration spells. Conjuration staffs like the Sanguine Rose brought Dremoras from the planes of Oblivion. Yet, despite all of that…

Wabbajack is the Daedric artifact of Sheogorath, the Daedric prince of madness. When using it on an enemy or an NPC or chicken that looked at you funny, it will have a completely random effect on them.

Maybe it will turn them into a bunny who scampers off in fear. Maybe it will make them explode in a blur of lightning. The Wabbajack essentially throws its target into a lottery where anything can happen to it.

It will forever live on in our hearts as one of the most wildly, delightfully unpredictable weapons in video game history.

Let’s get this line out of the way from “The Lord of the Rings: The Fellowship of the Ring.”

Though frankly, every line that comes out of Gandalf’s mouth sounds a little mystic and exciting, in no small part thanks to the acting prowess of Ian McKellan.

According to the novels,  generally, Gandalf uses it to channel his own magic. In the movie, this can be seen when he illuminates the Mines of Moria and fights the Balrog. In the books, we particularly enjoyed when the fellowship was stuck in a tree and Gandalf pretty much burned the forest down to ensure their escape. That was intense!

Aside from Loki’s sceptre, this can be considered the most popular and widely known staff in pop culture. Gandalf the White’s never captured the universal charm and simplistic beauty of this one, with its white crystal held in the twisted branches.

Eat your heart out, swords.

These staffs go to show that your typical weapon might not be the most effective. Though you shouldn’t bring a knife to a gun fight, bringing a staff to a Nazgul fight might be in your best interest.

If we missed anything you wanted to see, let us know about it in the comment section below.