It wasn’t long ago that social media didn’t even exist. Then MySpace came along and before too long Facebook changed the world. Now, well the world is chock full of social networks offering us all sorts of different types of connections to people spread out all over the world. As to whether this is a good thing or not, we’re not going to get into and we’re definitely not going to comment on whether the world is a better place now than it was then.

What we’re here for today is to talk about the nuts and bolts of the aforementioned social networks. Each year, social media platforms, mobile apps, and websites get brand-new features and today we’re going to tell you about all the best new social media features that landed in 2019.

We’ll start our 2019 list with the opposite of an update. With so many social networks knocking about, not all of them catch on. Google+ was one such social platform that failed miserably. In April 2019, Google put its mistake to bed forever by deleting all Google+ pages and profiles permanently. Although it never really felt like it was here anyway, it’s definitely gone for good now.

Facebook is like that annoying friend that just won’t quit. You look away and then you hear a ping drawing your attention back again. There’s actually a lot of science behind Facebook notifications that have defined social media marketing strategies around the world. Traditionally certain types of video content have been more likely to register a ping on your Facebook, and Facebook Group messages have been more likely to trigger a push notification. In 2019, however, this changed when Facebook introduced greater controls over your own notifications. You can now clear everything and control what will reach out and try to grab your attention.

This is how to use WhatsApp stickers

2019 saw Twitter completely redesign its desktop social networking interface. The navigation bar is now on the left-hand side of the page and includes Bookmarks, Lists, Messages, Notifications, and the brand-new Explore option, which works like an updated search page showing trends etc. Your profile is also found at the bottom of the navigation bar just above the Tweet button. The Trends for you and Who to follow sidebars are now on the right of the screen giving you easy access to influencers and trending current affairs.

In September 2019, Facebook finally launched Facebook Dating to help you find your soul mate. If you think about who you are as a series of data points with your soul mate matching up more data points than anybody else on the planet, then Facebook Dating is probably the best way for you to find love. Let’s face it, whether you want it to or not, Facebook probably knows more about you than even your own mother so why not put your love life in its hands? If everything else has failed in this regard, try Facebook Dating now.

OK, this isn’t an actual update, but it is so major that we thought we’d add to it our list anyway. In 2019, reports started circulating that Snapchat is considering introducing permanent snaps rather than the here one minute gone the next content that made the social media network what it is today. If Snapchat goes ahead with this change, it will completely change what it means to be a Snapchat user.

Instagram has been taking a lead on protecting its users with massive pushes against online bullying across the network and also efforts to protect the mental health of Instagram users. The biggest such move Instagram made in 2019 was removing the like counter from Instagram posts. Users can still see how many likes their own posts get, but the rest of the world remains oblivious. Instagram just became a little bit less about comparing yourself to others.

A similar move to protect users came from Twitter, which has increasingly attracted criticism for not preventing abuse on the network. Users can now choose to hide replies to their tweets, which cuts out a potential new avenue for incoming abuse. The hope is that by protecting users in this way, Twitter users will feel emboldened to share more across the network. 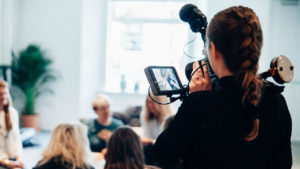 It might not be as fun as Facebook or Tik Tok, but LinkedIn is still a social network. With its primary focus being on fostering professional networks rather than social ones the introduction of live video streaming has added a whole new element to LinkedIn. As well as the obvious marketing capabilities, professional live streaming can now cover events such as training courses and industry seminars.

7 best apps to manage your money – from cash to crypto

Another feature that Facebook has given users better control over is ads. Now, when you see an ad on your news feed you can hit the ellipsis menu icon in the top-right corner of the ad and then select the Why am I seeing this ad? Option to open up a new menu that gives you control over your ad preferences. This new menu allows you to hide ads from that particular advertiser as well as control the influences that are behind the ad choices Facebook shows you. Of course, you can’t stop Facebook showing you ads altogether, but you can try to make the ones you do see a little less annoying.