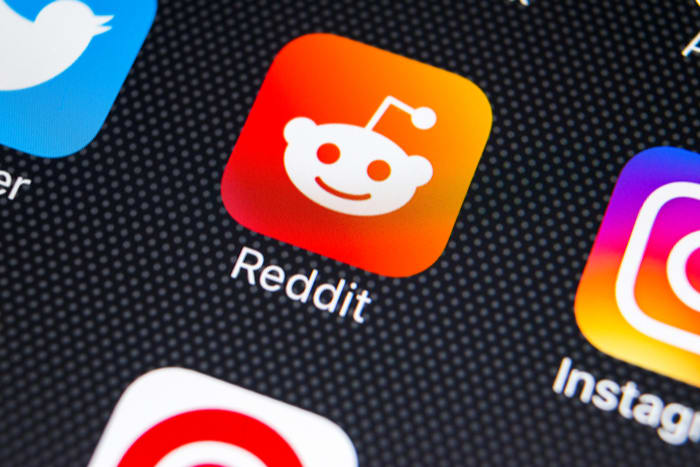 Reddit is a site that provides forums for the forumless. It’s essentially a place to discuss anything with anyone. Anyone can create a topic on anything, which is part of why it’s so popular. It has replaced many question boards (like Yahoo Answers and Quora) as a main source of peer information. It also provides a place for communities to be formed around things that don’t have their own unique forums. Many mobile gaming communities exist solely on Reddit.

It may be hard to think of sites similar to Reddit, given how many different uses it has. However, there are a variety of community-based sites that rival Reddit as a place for questions and community building. So what do these alternative sites look like? 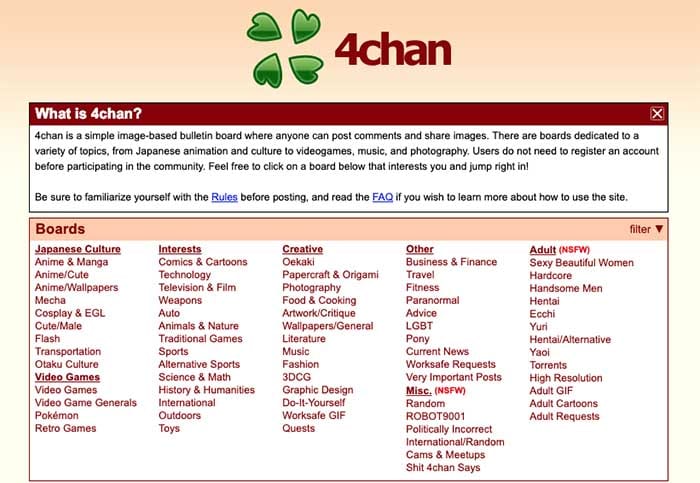 Definitely the biggest competitor of Reddit, 4chan is a more chaotic version of a community building site. Reddit archives all their content, so it’ll always be there to view, while 4chan deletes old content when new stuff is posted. Additionally, 4chan is completely anonymous, while Reddit requires you to create an account (with a posting history that other users can view). The site is often referred to as “the cesspool of the internet,”  due to its uncensored and random content. You wouldn’t want your kids going on 4chan, and you don’t want to visit the site at work, but there can be some value besides the graphic and offensive junk.

For anyone who likes the chaotic nature of 4chan, but dislikes some of the content that the community produces, Mix can also be a good alternative. Mix was previously called StumbleUpon, and it’s used for the same things as 4chan, but without the focus on community building and message boards. This can prevent interacting with communities you’d prefer not to be around.

While 4chan may be similar to Reddit, Voat is essentially the same site but with different guidelines. Reddit allows for almost anything on their site, but there are specific ideologies and hate groups that they will ban. The main difference between these two sites is that Voat doesn’t censor any content. But other than that, the sites work the same way. Anyone familiar with Reddit will easily be able to navigate Voat. They will also pay certain users to create consistent content, which can be a nice source of income for people who regularly post on forum sites like Reddit. 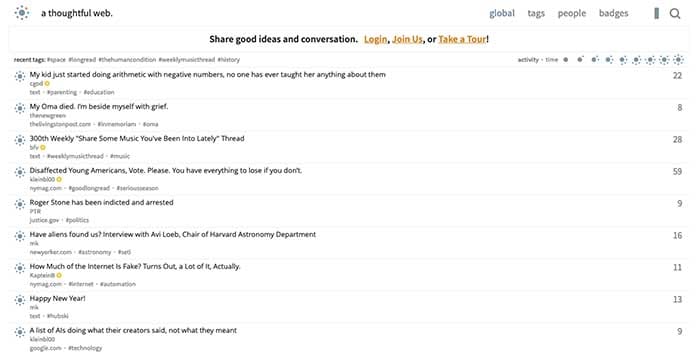 Hubski is another site that is incredibly similar to Reddit, but the key difference is in how topics become popular. Reddit’s content is all about upvote-to-downvote ratios. The more something is upvoted, the more likely you are to see it. Hubski’s alternative approach is to showcase content based on total shares. This means you’ll often see content that is popular for positive reasons (like you would on Reddit), but also content that is popular for negative reasons. Hubski’s goal is to generate civil conversations on popular topics. For this reason, it provides a great place for popular discussion topics.

If Reddit was Facebook, Stacksity would be Pinterest. Instead of subreddits, Stacksity has “stacks”, which are similar but fluctuate in content. These stacks are completely unmoderated, but make sure quality content is always on the top, based on popularity. Users can add other stacks to their own stack in order to sort through the content that they like, and bump up what is popular on the site. Like Pinterest, Stacksity has a large focus on images, instead of text posts. This means that many stacks will focus on a particular image or set of images, instead of a generic topic.

Reddit may be good for asking questions, but you’ll often see the same questions posted over and over. There’s no reliable moderation to drive you back to recurring questions with multiple answers. If you don’t mind, we’d like to toot our own horn here. Softonic Solutions is a great alternative to find answers to your questions. Just like Reddit, you can ask any question, answer other people’s queries, and become part of a community dedicated to solving problems. And because the same questions keep coming up over and over, we direct you to ongoing discussions as opposed to forcing you to start a new one. Check it out and see what you think!

Softonic Solutions even their own set of alternative sites to Reddit, if you’d like to check out more. You can also check add your own suggestions for alternative sites, if you feel we left one out.