Irrational Games have released the minimum and recommended PC Specs for their upcoming Bioshock Infinite game. They ask, ‘will BioShock Infinite treat you right?’ It looks like the answer is a resounding ‘yes’!

Elizabeth, Songbird and the floating city of Columbia will look their best for the PC version, as the aging PlayStation 3 and Xbox 360 creak into retirement.

You’ll be able to run the game with DirectX 10, but if you have a DirectX 11 graphics card, you’ll get such exotically names things like ‘contact-hardening dynamic shadows, diffusion depth of field, high definition ambient occlusion and optimized anti-aliasing.’ All of that means it will look great with DirectX 11.

Irrational are obviously proud of their work on the PC release, as they are including ‘full resolution textures’ with it. Often PC games are shipped with texture resolutions better suited to console games, as was the case with 2011’s Skyrim, so it’s great to see Irrational taking advantage of the extra power available to PC gamers. 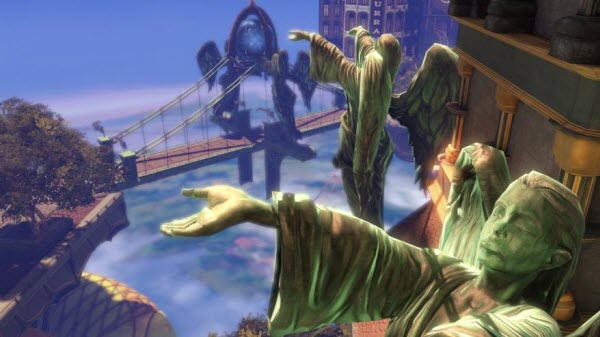 Bioshock Infinite will be on Steam, with Steam Cloud support, so you’ll be able to play your saved games on any PC (with at least the minimum specs).

Bioshock Infinite is released on March 26th. Here are the full specs: