Game Freak has always kept the competitive spirit of Pokémon alive and well with their frequent tournaments. The Video Game Championships (VGC) is a popular form of competition that is hosted by the Pokémon Company itself. We’ve even created a complete beginner’s guide to help you get started in becoming a VGC master. However, there are other competitive formats as well. If you’ve begun looking into competitive Pokémon before, then you have probably heard of a site called Smogon. While the Pokémon Company hosts VGC tournaments, Smogon is an independent fan-made company that hosts its own frequent tournaments. These are the two main platforms that you’ll be able to find competitive players to battle, as both types of players tend to utilize the online battle simulation system of Pokémon Showdown. Unlike VGC rules, Smogon has created tier lists for Pokémon, allowing for a diverse range of tournament formats. Here is an easy guide to each format along with some general tips.

What are Pokémon Smogon tournaments? 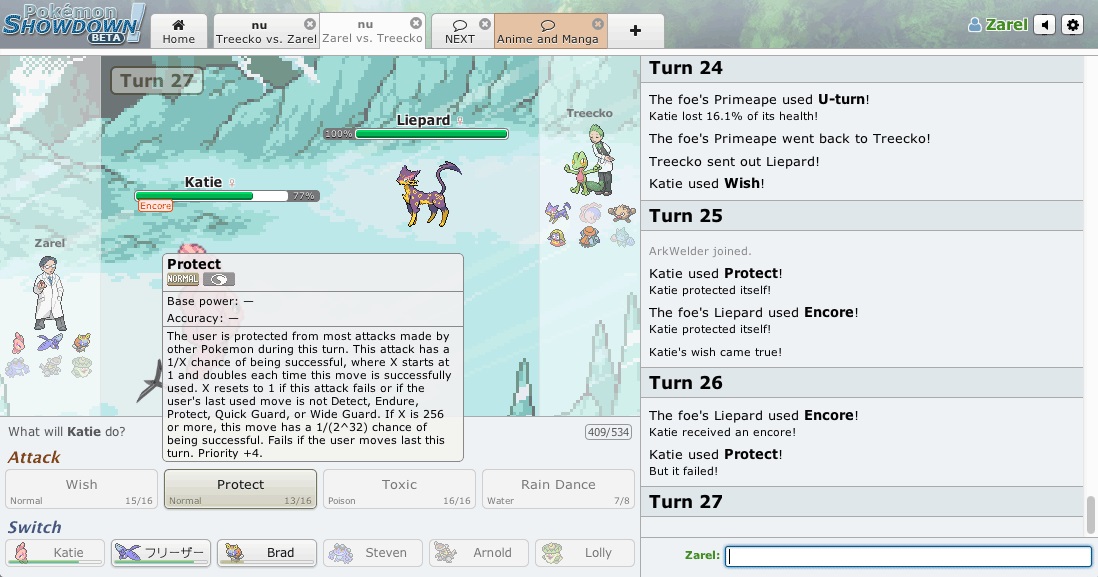 As stated before, there are two main organizations that handle competitive formats, Smogon and The Pokémon Company. Smogon divides their formats into tier lists based on how often a Pokemon is used (such as OverUsed and NeverUsed). Conversely, The Pokemon Company (competitively known as Play! Pokémon) has one fixed format of competitive battling (Battle Spot), and one that varies year to year (VGC). Here are the main formats for each:

(Note: Battle Spot formats can be found within the games’ online match modes, while VGC is exclusive to Play! Pokémon sponsored tournaments. All of those formats, along with Smogon’s can also be accessed for battle simulation on Pokemon Showdown. Smogon formats, unlike Play! Pokémon, have no in-game mechanic to enforce them, and are typically used in private tournaments). 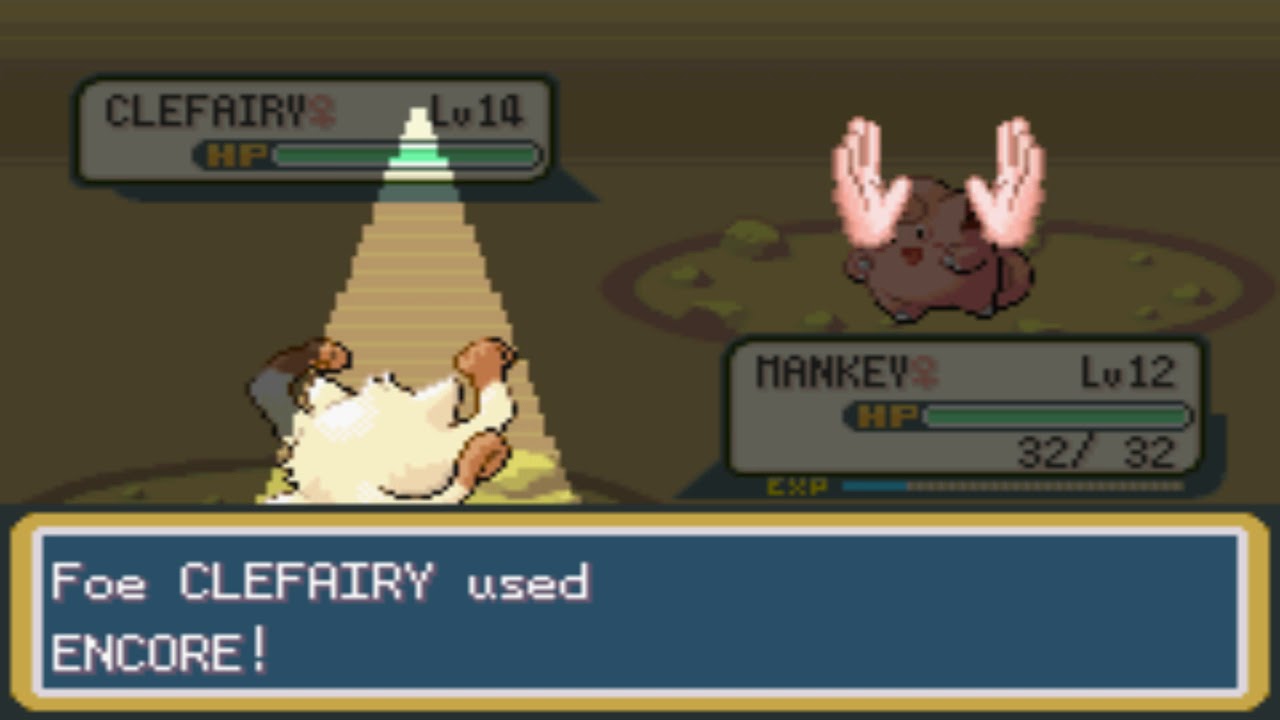 As with everything, the Pokémon Company and Smogon have very different rules from each other. That said, each of them tends to follow the same guidelines within their formats. Here are the general rules for each:

General tips on getting started

So now that you know how the formats work, where do you go from here? Well, first you should identify what format appeals to you. If you like fast double battles, and are willing to travel frequently for tournaments, then VGC would be a good format to look into.

Alternatively, if you prefer longer single battles, then you’ll probably be interested in a Smogon format. Since Smogon divides their formats into tiers, you will probably want to make teams for tiers that have Pokémon you want to use. OU is a good standard format to look into playing, at least while you’re getting started. This is because the range of Pokémon that are usable in this format is much larger than most of the others, and it is commonly considered the general format for singles tournaments (especially in more casual settings).

No matter which format you’re looking to play in, you’ll want to build a team around a coherent strategy. Weather and Trick Room teams are the easiest to create, since the main strategy of your team is easy to identify. This also means that other players will have some idea how to play against them. Don’t let that frighten you, though, as these teams are still powerful and easy to create. We recommend building a rain team around Pelipper, or a Trick Room team around Mimikyu. These are useful for both Play! Pokémon and Smogon formats (at least within the tiers that Smogon allows them in).

Status moves are your friend 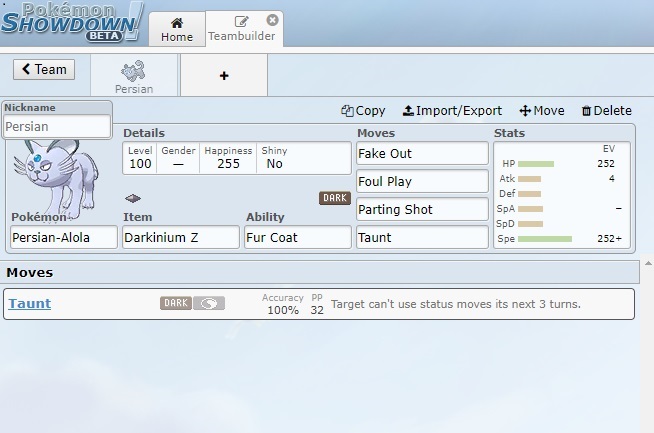 This applies to both Smogon tournaments and Play! Pokémon. Many players will complete their entire Pokemon journey within the game without ever using a status move. This is easily accomplished, since most opponents can be defeated without them, and many of them won’t use status moves themselves.

In competitive Pokémon, however, this is far from the case. You will see status moves on practically every Pokémon, even purely offensive mons, like Gengar. The types of status moves you will see can vary greatly depending on the format you are competing in.

For example, entry hazards (moves that cause damage to a Pokémon when they enter the battlefield) are incredibly common in singles battles, but almost never seen in VGC formats. This is because entry hazards are hard to take advantage of in VGC, since there are only four Pokémon on a team, and two of them are out at a time. This means those entry hazards would only be useful against the two Pokémon that aren’t out at the beginning. This is a huge difference from single battles, where entry hazards are almost guaranteed to effect five Pokémon, making them much more useful.

Additionally, VGC battles go much faster than Smogon formats, as Smogon formats tend to have a lot of switching. Without that switching, entry hazards will rarely proc, making them pretty useless overall in VGC. Here are a few common status moves you will see in each format: 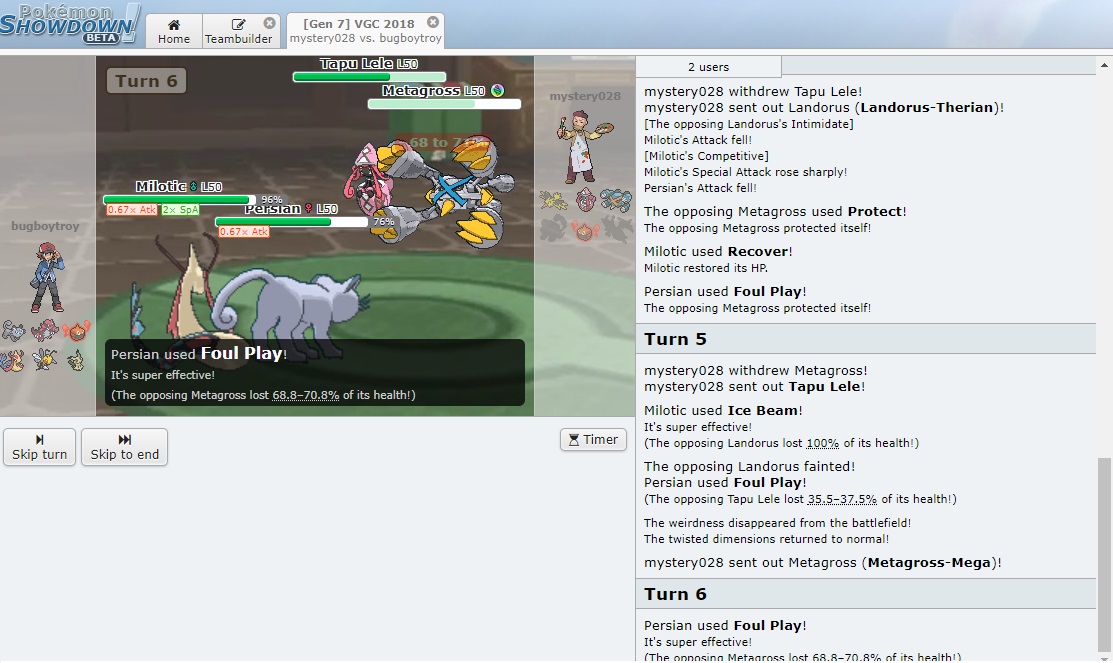 On competitive forums, you will often see Pokémon described as sweepers, walls, and clerics. These terms relate to a Pokémon’s primary use in battle. Here are some common roles you will see, and a few examples of them:

Of course, there are more roles than just these, but these are the most common. Ideally, your team will consist of a special sweeper, a physical sweeper, a wall or supporter, and any combination of three other Pokémon that fit your strategy. However, a full team of sweepers is not incredibly uncommon in Battle Spot games.

No matter how you decide to do your Pokémon journey, your first stop should be Pokémon Showdown to start creating teams and practicing against other players with them. There is no better way to learn than hands-on, so you should go out and see what other players are doing. You can learn all about the current meta in your format, and even start to raise in the ranks of Showdown itself.