Now available on mobile devices, Pokémon Quest is a free-to-start RPG. The player takes control of cube-shaped versions of the original 151 Pokémon on their adventure to explore Tumblecube Island. Here are some tips on starting your journey: 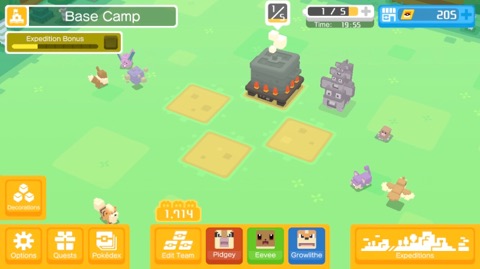 Every Pokémon journey begins with picking your starter Pokémon, and this game is no exception. You get to choose between some classics: Bulbasaur, Squirtle, Charmander, Pikachu, and Eevee. The most common suggestion is to go with Charmander. Pokémon Quest doesn’t have a typical type chart, instead giving you type bonuses for certain expedition sites. Charmander is usually recommended because fire is nice to have early in the game, and is a rare type compared to water, grass, and normal.

Another good option is Bulbasaur. Not only does it have the best defense of the starter Pokémon, but it also has the ability to heal itself. Pokémon will automatically revive after some time of being knocked out as long as you have at least one Pokémon left. Starting with Bulbasaur lets you survive longer, so your other Pokémon have more time to revive. 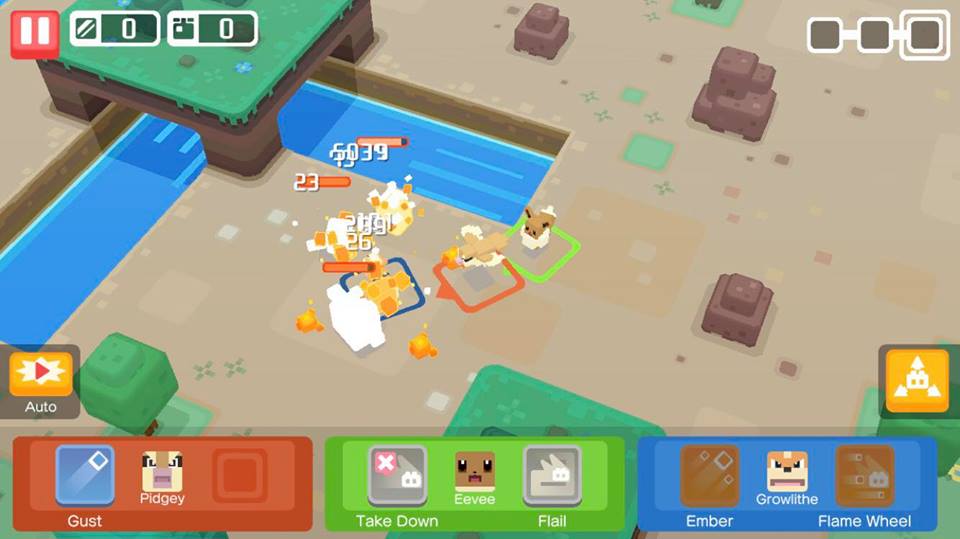 In most Pokémon games, you typically use Poké Balls to catch your Pokémon in. In this game, however, you attract Pokémon to your camp by making different recipes. Each recipe attracts different kinds of Pokémon. Some attract water types, while others attract red Pokémon. Once you’ve created a dish, the recipe will be saved in your cookbook, and you’ll be able to recreate it. So it’s best to mix and match for a bit until you’ve found some good recipes. It’s up to you to decide what kind of Pokémon you want to catch.

Just like the catching system, the battling in this game is unlike any other Pokémon game to date. Essentially, you send off three Pokémon into a dungeon, and have little control over them once they are in. You have the choice to set the Pokémon onto “auto” or not, but either way, they will control their own movements. If you take “auto” off, however, you are able to control their attacks and make them scatter if they are taking a lot of damage. You should focus on equipping your Pokémon and training them up before taking on difficult areas, since you won’t have much control once they are in.

Should you spend money on the game?

Being a free-to-start game, Pokémon Quest comes with its own form of microtransactions. Unlike most free-to-start games, Pokémon Quest only has a few in-app purchases. Instead of having a continuous way to spend money, Pokémon Quest has three packs to choose from. Along with these, you can purchase a $30 bundle that will give you all three packs, and extra bonuses as well. If you do plan on spending any money on this game, then this bundle is definitely worth the cost compared to the other options. Without purchasing this bundle, the game is definitely beatable, but will take a lot more grinding. The bonuses from the bundle will save you a lot of time, but ultimately it’s up to you whether you’d want to spend the money or not. We recommend trying the game for a bit, before you decide whether it’s worth it.