One of the best things about Star Wars is the beloved roster of characters. Watching Luke Skywalker swing across the Death Star chasm or seeing Han Solo fry poor Greedo in the Mos Eisley cantina can make any fan giddy to step into the boots of their favorite heroes. It was an aspect of EA: Star Wars Battlefront II that we were especially excited to experience. 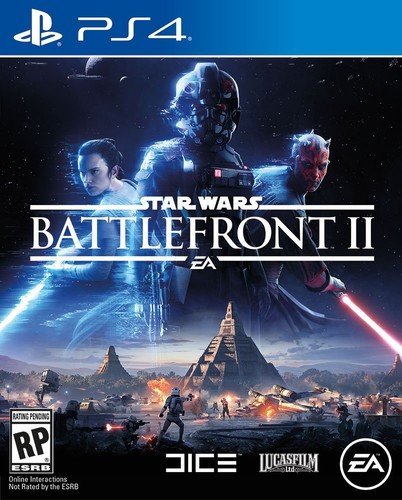 For being such an integral part of every fan’s love for the franchise, it was very frustrating to see just how difficult it was to unlock and play as a hero in this game. That difficulty was one of the biggest gripes that fans had with the whole loot crate fiasco that heralded the game’s release. Heroes are unlocked via in-game currency, which is accumulated by playing matches online. And some of them (namely Luke Skywalker and Darth Vader) are quite expensive.

We’ve found a way to help you purchase your favorite heroes as quickly as possible, and more importantly introduce you to battle strategies that you can employ in a match to maximize your chances of getting to play as one.

This review does a good job of driving home our next tip, but beware that he is ever angry (NSFW for language, guys):

As this angry YouTuber pointed out at, the amount of credits you receive per match has little to nothing to do with how well you play. The players at the top of the game are hardly getting more points than you, maybe no more at all. Instead, here are the factors that will matter more:

If you’re looking to accumulate those credits, definitely know that the game rewards you with them for reaching certain milestones. Examples are things like “winning as the defender in Starfighter Assualt mode,” or “getting 25 disruption assists.” Note that the latter is only even possible if you purchase and effectively use the Officer’s Disruption star card, which means (duh) you’ll have to actually but it. This brings us to an important question: “Where should I  spend my in-game money?”

Given the choice, we say go ahead and get that Disruption card. The more of these milestones you start to accrue, the thicker your in-game wallet’s going to get. An easy place to start snagging them is in the game’s often overlooked Arcade Mode, so if you haven’t checked that out, be sure to give it a look. You can earn 500 credits per match, and since many of these missions are under a strict timer, you’ll likely be earning credits here faster than you would in, say, a long Galactic Assault match.

Be sure to spend your credits equally on both your favorite heroes and your favorite villains. You can’t predict which faction you’ll be assigned to at the start of a match, so try and spread the wealth 50-50. Otherwise, you might finally have enough battle points to play as a hero, but find that unfortunately someone’s already using the only one you’ve unlocked.

It also practically goes without saying that you should be opening your daily crate every day once you boot up the game. It’s only 75 credits, sure, but we swear, every little bit helps. They’ll start to add up if you open it every day.

And now for the part you’ve been waiting for – you’ve bought your hero, now how do you unlock him in a match as quickly as possible?

These eight tricks should generally increase your chances:

1. Rank up your Bounty Hunter boost card and always have it equipped

Every class can equip the Bounty Hunter boost card, and every class should. This will guarantee that any time you’re earning battle points to unlock a hero, you’re getting more bang for your buck.

Definitely prioritize ranking this up for the class(es) you tend to favor, too. We’d also recommend splurging your crafting parts on leveling these boost cards up as soon as you can, just to give you that extra edge.

Remember, DICE gave us an objective-based shooter with Battlefront II. To reward you for actually doing what you’re supposed to be doing, they made completing match objectives the most lucrative way to earn battle points.

It might seem counter-intuitive or like you’re putting yourself right in the enemy team’s crosshairs, but some player has to be the guy to hack that computer or capture that territory and you can bet they’ll be richly rewarded for doing it. It might as well be you, right?

See that gold ‘2x’ on the HUD? That used to say ‘1x.’ Survive long enough while doing objectives and it becomes ‘2x.’ Once it does, it means you’re earning double the battle points for everything you do! This resets if you die, so play a little more defensively if you want to keep this buff as long as possible.

4. Stick with the squad you spawn with

Like the load screen says, you’ll earn battle points faster if you stick near your teammates. More specifically, that ‘1x’ we just talked about will gain momentum faster if you’re working with your assigned squad. Ah, it all makes sense now, right? That’s why it’s good to play support classes and use team buffs.

5. Play as the cheaper power-up units as you can

The MTT, AAT, AT-AT, clone gunship, and the vulture droid are all very low-cost upgrades available on certain maps. Using these correctly can actually help you rack up points very quickly, particularly the AAT (pictured above) and vulture droid.

It may again seem counter-intuitive to be spending those same battle points that you need to use to play as the heroes, but compare the amount of points you’re getting to what you’d be earning on foot. We found more often than not that it was well worth the 400 or 600 points needed to play as them.

Regardless of whether he’s your favorite hero, we’d recommend getting Chewie first. Hear us out:

In-era heroes in this game cost 6,000 battle points to unlock. Out-of-era heroes are instead 8,000. Since Chewbacca is alive in all three eras (prequel, original, and sequel) he is always counted as ‘in-era,’ and therefore always costs the fewest battle points.

7. Start the match as the officer

Many matches begin with a mass charge forward from your entire side. Kashyyyk, Kamino, and Mos Eisley are good examples. Starting as an officer means you can buff upwards of 15 or 20 players at once. While that buff likely won’t actually help them, it should give you a healthy jump start in battle points right from the start.

8. Use the Defender boost card as the Heavy class

If you favor the Heavy class, be sure to equip and invest crafting parts to improve the ‘Defender’ boost card. This means that you’ll be earning battle points every time you’re hit, which (if you’re playing your role correctly) should be pretty frequently. The amount of points you get from this is minimal, sure, but everything adds up. That goes double if you reach the ‘2x’ for battle points you’re earning.

Does this mean you’re going to unlock Boba Fett and place with him every match? Maybe not. But follow these eight tips and you should at least have an edge and a battle strategy.

Best of luck out there, and may the Force be with you!

We added 60+ hours of replayability to Star Wars: Jedi Academy (with these five cheats and one free mod)

Play it again in a whole new way