Everything you need to know about Facebook Messenger’s unsend feature 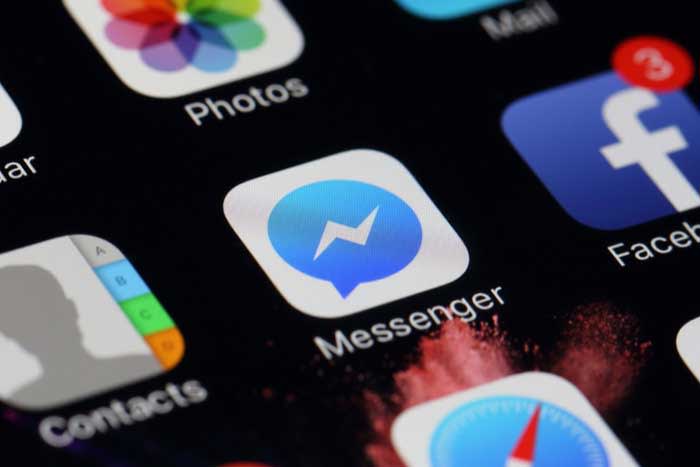 Facebook Messenger now lets you unsend messages that perhaps should never have gone out in the first place. You’ll have 10 minutes to make up your mind, too.

If you’re a WhatsApp user, you’re already familiar with the app’s unsend feature — and its generous 60-minute unsend period. Or, Instagram’s unlimited window for takebacks.

And many of us have long been users of the Gmail unsend add-on, and lately, ephemeral apps that range from the fun (Instagram Stories, Snapchat) to the secure (Signal, Telegram).

We’ve already gone over how to “unsend messages.” But there’s been a lot of noise surrounding the topic since the feature was initially announced last year.

The new feature is available in version 191.0 of the app and Facebook says it comes in handy if you send the wrong information, photo, or message the wrong thread.

The feature allows you to rethink that text, and take it back. However, many critics feel that the timeframe is too short, and the feature doesn’t go far enough. Facebook says the limits imposed are an attempt to cut back on bullying.

We looked back at how the media reported on the feature — and there were several reports of bullying experts saying the feature was a bad thing — a step in the wrong direction for combatting the problem of cyberbullying. In April, experts told Business Insider that deleting messages could be used to gaslight victims.

Or this point raised by Sarah Jeong, who worries that the feature would allow sexual harrassers to send and unsend evidence.

disappearing messages are already a thing but when you start an ephemeral message session both sides already have the expectation that the messages are going to disappear, unsending selectively after the fact is…. wild

Interestingly, the feature was announced Facebook employees discovered Mark Zuckerberg himself had been deleting messages.

Can you delete a message before someone reads it?

The reality is — you can’t control whether someone sees your message before you delete it.

So hopefully, you luck out. The difference between Facebook’s unsend and Gmail’s is, Gmail builds in a delay — that’s why you only have a few seconds to make your choice.

Facebook sends the message as usual but gives you a window of time to delete it. They don’t let you control who sees the message.

Facebook’s Help section says that there’s nothing keeping from people seeing your message — which, given that Messenger is a chat app, it’s likely they’ll see the message come through right away.

This means you still need to be careful about what you send.

Can you delete messages from both sides?

The unsend feature aims to reduce that embarrassment that goes hand-in-hand with sending out a text-based mistake. Or maybe a photo. You’ll have two options, you can choose to remove a message from your end only or remove for everyone.

Unfortunately, once that 10-minute period expires, the “remove for everyone” option is off the table — and your friend now owns that message.

The second is the less useful, “Remove for You,” which clears your screen of unwanted missives. There’s no time limit on this one — and it lets you at least forget about the embarrassing messages you’ve sent to your friends, even if it’s too late to erase it from their side of the thread.

We tried researching some workarounds for deleting messages after the 10-minute limit. Unfortunately, the advice is all quite convoluted and involves marking messages as spam or abuse. Or, flat out deleting your account.

Should you be able to delete messages at any point? We don’t actually know how long Facebook hangs on to chat records.

We do know that if, say, you’re harassing someone online and delete the evidence, Facebook can still access the initial record.

Admittedly, we thought this feature was meant to be a convenience. Along the lines of Gmail’s unsend, the initial interpretation was: I can delete that message that I immediately regretted. Or, “Oh god, there’s an error,” etc.

In the end, it’s never been more obvious that if privacy features like being able to completely delete a record are important to you, Facebook isn’t the messaging app that meets your needs.

We’re torn on whether we think anything is wrong here — we like the crackdown on hate speech and the moves toward reducing cyberbullying are admirable.

However, this is a good reminder that all apps come with a certain set of risks — and it’s a good idea to familiarize yourself with how all of Facebook’s features work.

If you’re worried about Facebook storing your messages, it might be a better idea to use a fully encrypted app instead.

Here are a couple of options: