Fake news has become in a very short time one of the greatest evils of living in an interconnected world. These untrue news stories and hoaxes are capable of spreading like wildfire on the internet, social media and messaging services like WhatsApp. They cover a wide variety of topics, from the latest crazy way to get rid of the coronavirus to the unexpected transfer of a star player to your soccer team, or the latest sighting of the ever-charismatic Bigfoot. 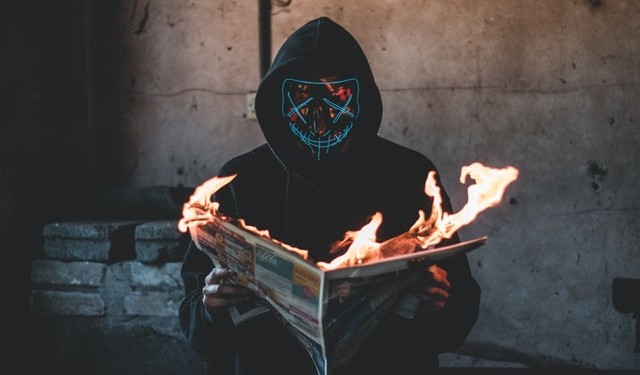 Believe it or not, fake news is not just an evil of the modern world: it has been around forever. Who could forget the famous fake video of Ricky Martin, the closet, the girl and the dog from Sorpresa ¡Sorpresa!? Or how Orson Welles terrorized the United States into believing the world was under an alien attack using just a radio? Fake news has always existed, only now it spreads much faster… and its collateral damage is also greater.

It’s probably happened to you more than once: a friend shares a controversial news story with you over Facebook, or you receive a photo from a concerned relative that shows your city in chaos when none of that is actually real. Fake news is everywhere, and although some stories are completely harmless and anecdotal, others have potentially fatal consequences. Let’s not forget all the poisonings caused by the untrue reports that drinking cleaning products would kill the coronavirus.

In today’s article, we’re going to talk about fake news and its impact and how to spot and report these stories. We hope you find it helpful!

What is fake news?

Fake news, as the name suggests, refers to fabricated news stories and rumors that are assumed to be true and go viral online. In fact, a recent study found that fake news about controversial topics is shared 70% more than real news.

There are many example of fake news, but below are the main ones:

How does fake news affect our everyday lives?

Due to the fact that there are many types of fake news, this phenomenon can have a wide range of consequences. Some untrue news stories simply make us laugh a bit, and we even share them with our friends so they can enjoy them too. However, fake news can be highly dangerous, as it spreads disinformation and has the potential to destroy the public image of not only ordinary individuals and celebrities, but also of institutions, political parties, businesses and ultimately of any member of society.

It’s easy to find examples of this just by browsing the internet or taking a stroll down memory lane. In 2015, for example, a photo of an alleged fried rat that snuck into someone’s Kentucky Fried Chicken order went viral on social media. This story was picked up by the media, and the company’s image was seriously tarnished until the alleged “rat” was analyzed and proven to be chicken. A more recent example of fake news is the constant controversy surrounding the president of the United States spreading fake news on social media. In the wake of the pandemic, there has been a flurry of fake news claiming that the coronavirus does not exist and attributing all deaths to the rollout of 5G.

Fake news affects our everyday lives, to the point where it can change our entire world view or ideologies. That’s why it’s important to always tread carefully.

How to detect fake news

Now that you know what fake news is and how it can impact your life, it’s time to learn how to distinguish it from real news. We recommend following the steps below before you start sharing news on social media.

How to report fake news

A fundamental step to break the endless chain of fake news is to report it, but how can you do that? It may seem like mission impossible at first, but with a bit of determination and by going through the right channels, you can do your bit to stop these lies from spreading.

Here are the main ways to report a fake news story, depending on the media in which it was published. 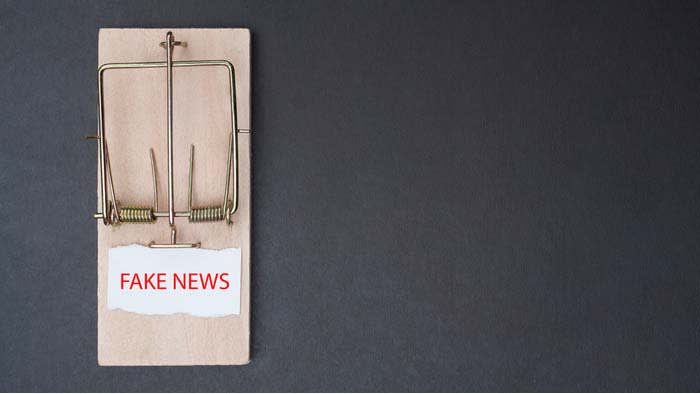 If it was published on social media

If the fake news was published on social media platforms such as Facebook, Twitter or Instagram, there’s a simple way to report it. First of all, hover over the post or tweet in question and click on the icon with the three dots in the upper right corner. Then click on “Find support or report post,”or “Report Tweet,” or “Report.” Then give the platform the information it needs to stop this fake news from spreading.

If it was written in the press (traditional or online)

If the fake news was published by an online media outlet or the traditional print press, you should write to the news outlet or journalist in question. To do so, simply go to the contact information provided on the website or in the newspaper. You can also choose to send your complaint to the reader representative (you may not know this, but all newspapers have one), or if you prefer, message the journalist on social media. When writing your complaint, remember to treat the editor and the news outlet with respect and provide all the verified information you have to refute the false story.

If it reaches you over WhatsApp

If the fake news reaches you over WhatsApp, respond to your contact and let them know the information they shared is untrue. Also encourage them to contact the other people they inadvertently shared the hoax with to clarify this.

We hope you found our special on fake news helpful. What is the most scandalous fake news you’ve ever read or heard? Tell us about it in the comments section!

How to Spot Fake News on Facebook and other Social Networks