Although there’s been no official word from Mozilla, Firefox 12 is now available to download for Windows and Mac. Since there are no final release notes, it’s hard to say exactly what’s changed so most of the known changes come from the Firefox 12 beta release. Mozilla claim there are 85 changes in all but the most notable is that Windows users will no longer get pestered by a User Account Control pop-up every time the browser updates. Also, the HTML5 media controls have been updated to provide a full screen button. 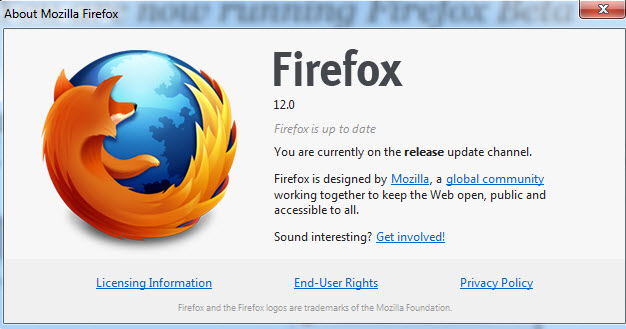 Other changes mainly benefit developers and include changes to the Web Console, Style Editor, Page Inspector, Style Inspector, and HTML View, as well as the recently introduced Scratchpad and Page Inspector 3D View.

The interface is pretty much the same as Firefox 11, with a minimalist toolbar but there’s still no way of removing elements that you may not want such as Java and .Net Framework.

One major problem that persists is the high usage of RAM when Firefox is displaying Flash videos such as YouTube. Firefox runs an extra “Plugin-container” process for Flash videos that can occasionally consume 100% of your CPU and cause your machine to freeze.