GTA V will get its first story mode DLC in 2014. Michael, Trevor, and Franklin will continue their adventures in Los Santos, but what’s in store?

It was some time ago now that you finished the story mode of GTA V and while it filled you full of enthusiasm, it was also sad not to be living through the raids with Michael, Trevor, and Franklin any more. Sure, you can keep playing after you’ve finished the main plot, but it’s not the same thing; you need to experience new missions, challenges and events in the life of these three rogues. 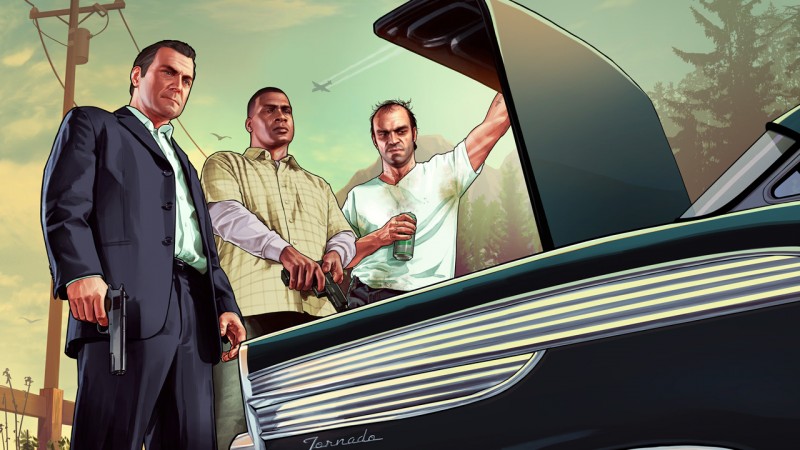 Luckily your cravings will end soon, with the recent announcement of additional content for the game, which next year will see us once again enjoy spending time with this trio in all their glory. So, what will be the DLC for GTA V story mode? We’re going to chuck a few theories around, some of which might even be possible.

One warning before we begin: in this preview it’s inevitable that we’re going to talk about some of the plot points of GTA V, so if you’ve not yet completed the game, we recommend you don’t read any further, especially the first paragraph “One month later,” as this does contain major SPOILERS.

What’s in store for Michael, Trevor, and Franklin in the first DLC story mode?

The end of GTA V was tremendous, in fact canonical, as it saw our three anti-heroes just chatting around the trunk of a car framed by a beautiful sunset background. It looks like the first DLC Grand Theft Auto V story mode will pick up the plot at this point, as reconciliation between the three characters looks to be the perfect trigger for new crusading stories.

In this canonical ending – we’re not taking into account the other two, because in each of them, a main character dies, which means they’d no longer be in the game – the three characters are separated at the end, but we’re led to believe that they will continue to see each other… and also that this period of “now I’m going to live life quietly” won’t last long.

A possible plot for this new DLC is that it would take place a few months later, with Trevor with a Philips Industries hypervitaminosis (and more glamorous headquarters!), Franklin with a new life of luxury in which he is the king of the neighborhood, and Michael having made ​​more progress in his career as a film producer, but family tranquility takes precedence.

None of the three boys would lack the money to live like kings for the rest of their lives without needing to get into trouble, but you know the saying, “a leopard never changes its spots,” so inevitably the three of them return to their old ways… And we know crime is addictive. 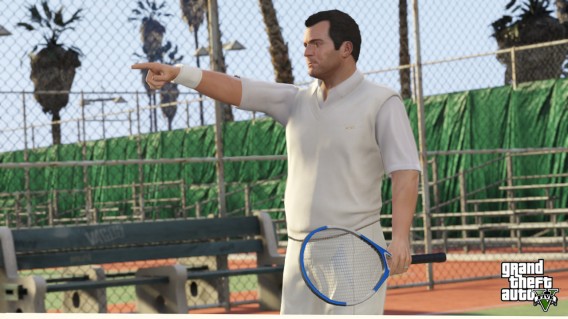 Stick ’em up, this is a robbery!

The best way to return to the fold would be with new robbery missions, the most entertaining type of play and one that despite being an essential part of the plot, only happened in dribs and drabs.

If Rockstar wants to reward its millions of loyal fans the best thing they could do is focus on the gameplay of the first DLC of GTA V as being large-scale robberies. This would inevitably see the return of one of the best secondary characters in the game, Lester, the brains behind many a robbery plan.

The great plan for our trio of heroes could be a big hit on the Los Santos casino, which according to leaked information, could briefly open its doors, something which we reported to our colleague Lester. 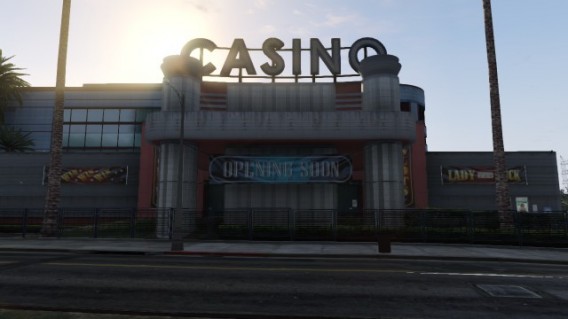 We want to open the Vinewood casino!

What’s beyond the Saints?

Rockstar, in the press release which announced the new content of GTA V, said Michael, Trevor, and Franklin would live out their adventures “in southern San Andreas“, without any reference to Los Santos or Blaine County, the locations in GTA V.

Look back and think of the map of San Andreas in the Grand Theft Auto of the same name: in the southeast of the map there’s the city of Los Santos and Red County (roughly equivalent to Blaine in real life), while the southwest belonged to the “wildest” area of play in the game, Whetstone and Flint County. Does this mean that the DLC of GTA V will take place there? There’s no reason why not. 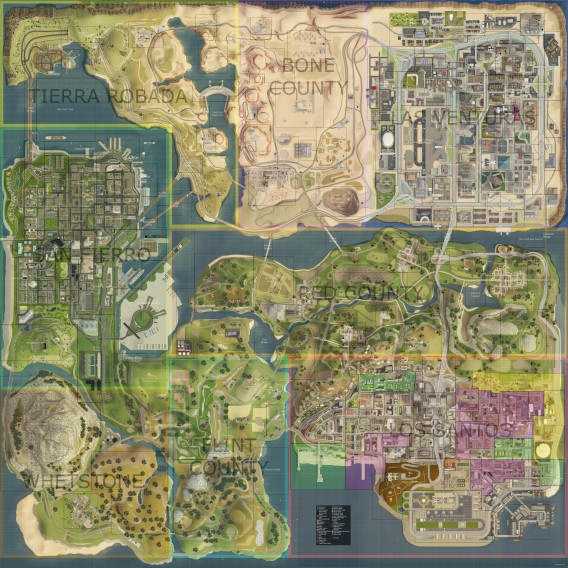 The map of San Andreas could be transformed (image source: GTA Wikia)

Keep in mind that Rockstar changed the map of San Andreas, creating the new Blaine County, which was much larger than Red county was in its day, as well as making some changes to the metropolis of Los Santos. There’s no reason to doubt that they could now choose to remodel or “move” the southern part of San Andreas as we know it.

Given the choice, we’d love Las Venturas, the GTA version of Las Vegas, to be situated in southern San Andreas, which in the game was just north of the state. However, we don’t really think such a huge change could happen; if we get more terrain to explore, that would be enough.

Of course, hoping to see Las Venturas in Grand Theft Auto might not be too far-fetched… remember that leak about GTA: City of Paradise … a spin-off? a mobile game?

Journey into the past

One of the most interesting plots in GTA V was the one that hinted at Michael’s and Trevor’s past, when they were best friends and partners. The game already had a prologue dedicated to that time as well as continuous references to it in the conversations the two protagonists had with other characters.

The truth is I want to know more about the early lives of Michael and Trevor, not just the episode of betrayal, but years before, like when they met up in Canada and began their career as robbers. Returning with some missions in flashback mode would be a great idea, plus they take advantage of the mapping of North Yankton that Rockstar created for the prologue and one of the most exciting missions of the game.

Splitting hairs here, why not dedicate DLC just to the past history of the characters? It would be a great idea, although Franklin would be missing from the mix, and it’s clear that Rockstar wants us to come back and control all three. If we do get the odd flashback mission, it would be great. 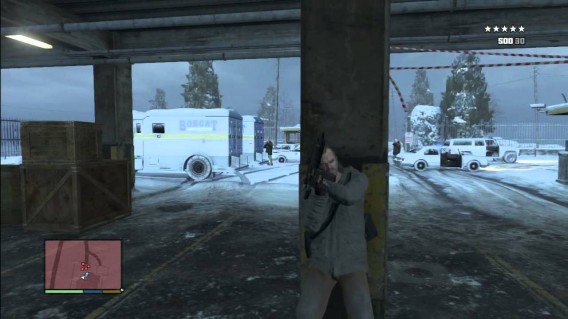 Will we get revisit our time in North Yankton?

Rockstar has always said that each generation of Grand Theft Auto belongs to a different universe. That is why this rule is respected when GTA V saw a stellar (and very brief) appearance from Johnny Kleibitz, the star of Lost and Damned.

Don’t be surprised if other characters from GTA IV and its expansions make an appearance in the first DLC of the game. If we start with the theme of casinos, it would make sense that we come across Luis Lopez or Anthony Prince in Los Santos, characters from The Ballad of Gay Tony, given that the casinos are closely connected to the nightlife and “Gay Tony” himself was a nightclub entrepreneur … Why wouldn’t he think of expanding business to Blaine County?

Another possibility is that we’ll finally meet Niko Bellic again… well, strictly speaking for the second time. Yes, the protagonist of GTA IV has still got his profile on Lifeinvader, GTA V’s social network, and Jimmy, Michael’s son, consulted with him at one point in the game. So, we know that Bellic is alive and kicking. Why not let him make an appearance again, even briefly, in a mission in the new DLC?

Even though another character we’d like to see again is Carl Johnson, (the antihero of the legendary GTA: San Andreas), GTA V takes place in his city, and given that we can wander through his (renovated) neighborhood, it would make sense for Johnson not to make a reappearance, in keeping with the rule that says you can’t mix Rockstar generations. That said, rules are meant to be broken. Aren’t they!? 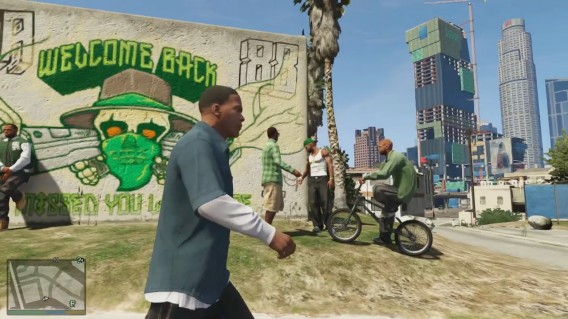 We’d love to welcome CJ to the new San Andreas

Weigh up the odds

How many of the theories we’ve set out here will be true? Realistically, a plot that precedes GTA V chronologically, a larger map and new robbery missions are the most likely. When it comes to the return of old friends and flashbacks, the odds are much lower. You never know, though – if there’s one thing that Rockstar does well, it’s exceeding our expectations year after year.

What would you like to see in the first story mode DLC of Grand Theft Auto V?