With 2018’s rising number of data breaches, there’s an increasing demand for a way to browse the internet in a more secure environment – one that doesn’t track users, excessively bombard with advertisements, use a plethora of cookies to document user actions, or force people to spend their bandwidth money to watch pop-ups that they didn’t ask for in the first place.

How much slower are ads really making our browsing? As it turns out, underlying ad technology can result in up to 60% of a page’s loading time. If that statistic doesn’t phase you, the frightening truth is that upwards of 50% of a mobile user’s data is spent processing ads and trackers. Ads consume more loading time, costing users more data money and draining their batteries faster (around 16% of your battery life is depleted from ads alone).

“Three of the four top browsers in the U.S. have been captured by – or are owned outright by – advertising companies,” explains Brave co-founder and CEO Brendan Eich. If that name rings a bell it’s because he’s the guy who not only created JavaScript while at Netscape, but also gave us Mozilla and Firefox. “This means they will not block advertisements or invisible scripts (JavaScripts) that ads rely on. Therefore their users suffer from ad overload and tracker overload. They feel like they’re stalked by ads, they’re tracked by ads, they’re spending more on data plans just to download the ad tracker scripts.”

Brave is an internet browser that’s been under construction as far back as spring 2015. The browser’s definitive feature is the blocking of ads, trackers, cookies, scripts, and pop-ups. It will even automatically upgrade connections to HTTPS protocol, giving users the highest level of security possible.

“Brave is addressing a pain point for users by building ad blocking and tracking protection into the browser,” explains Eich, “and that differentiates us from almost every other big browser in the west.” Yes, security is Brave’s primary objective, but we’re pretty thrilled about what else that means for those of us on the user end: Fewer ads, banners, cookies, and pop-ups mean load times are up to 60% faster. 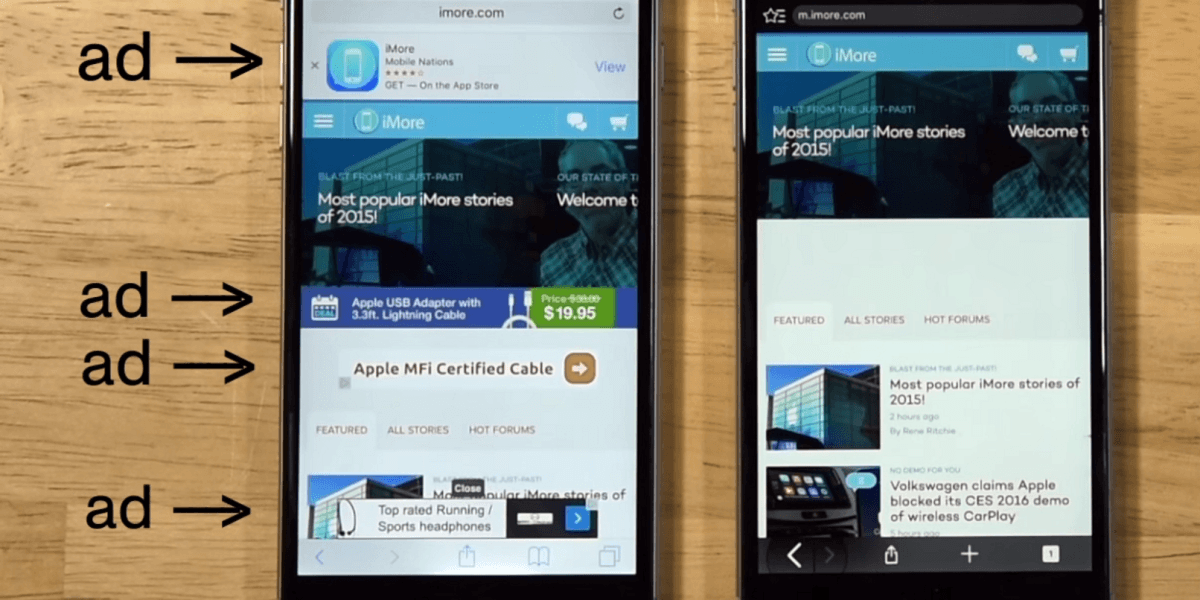 A new browser for our desktop or laptop is all well and good (provided you’re willing to try something new), but today more than 50% of web browsing is done over mobile devices. Safari for iPhone, Dolphin for Android, and of course the elephant in the room – Google Chrome – have been the go-to mobile browsers of choice for years. What’s the chance that an upstart like Brave will dethrone any of these behemoths?

Why Brave is the best mobile browser

Let’s start by asking why you use your default browser (if you do): It’s convenient. It does the job quickly and without too much hassle, and for people who aren’t constantly using their mobile device for internet browsing it’s often enough. For those who want a faster, smoother approach, Google Chrome is the most popular mobile browser.

It’s got speed, runs all the scripts correctly, offers lots of extensions, and after ten years in the market it’s got a cozy familiarity. Brave was built on Chromium, an open-source project that literally serves as the basis of Chrome. Boot up Brave and you’ll see a few core similarities with its look and feel. Most importantly you’ll be able to use all your favorite Chrome extensions.

But is Chrome a secure, private browser? No, it’s definitely not. Brave, on the other hand, champions user security, privacy, and user attention going where it’s supposed to. Like we said at the start, safety and privacy are growing concerns, and they’re making platforms like Brave awfully enticing.

Privacy and ad prevention are the main reasons people switch over to Brave; they’re looking for a faster, safer browsing experience. Brave’s ability to ward off ads, trackers, and cookies is the cornerstone of the browser, and both their desktop and mobile UI is indicative of that design. Brave’s mobile interface makes accessing the browser’s shields and blocking parameters easy and intuitive. It’s as simple as opening the settings menu: 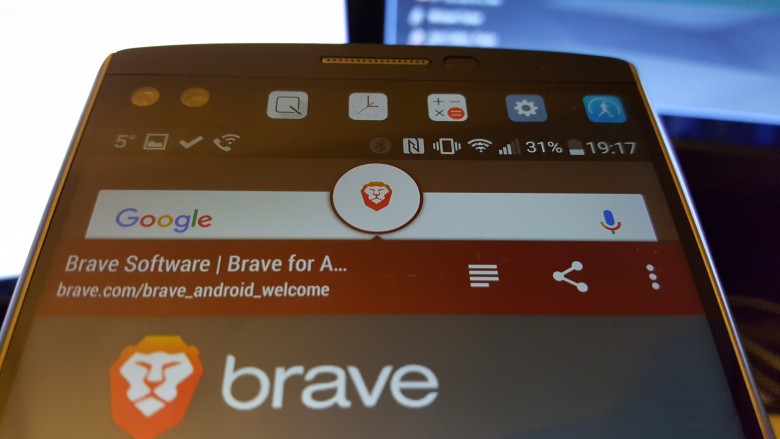 Chrome’s got speed, but when the page is loaded, you’re still faced with numerous ads, banners, and pop-ups. And that’s only what you’re seeing. What you’re not seeing are the, in some cases, hundreds of trackers, cookies, and scripts keeping tabs on your location, demographic, clicks, double-clicks, and how long you spend on the site. This makes for a bloated browsing experience, and Brave’s shielding mechanism essentially bypasses all of that, giving the user what they asked for plain and simple.

As far back as 2017, Fossbytes ranked Brave 4th place in its list of top 10 browsers for Android. They praised it for its tracker blocking and privacy, particularly valuing that Brave has high-quality protection as is its default: Brave requires no additional ad blockers, extensions, password managers, or privacy plugins to do what it’s famous for; it’s all there already. Besides the stellar security, Brave’s mobile browser still has all the usual features you would expect, including bookmarks, easy accessibility, and password management. And if you want true incognito browsing, it has a Tor tabs feature.

Brave mobile is faster than Chrome, safer than Firefox, and sports a more intuitive UI than Safari. Make the switch. 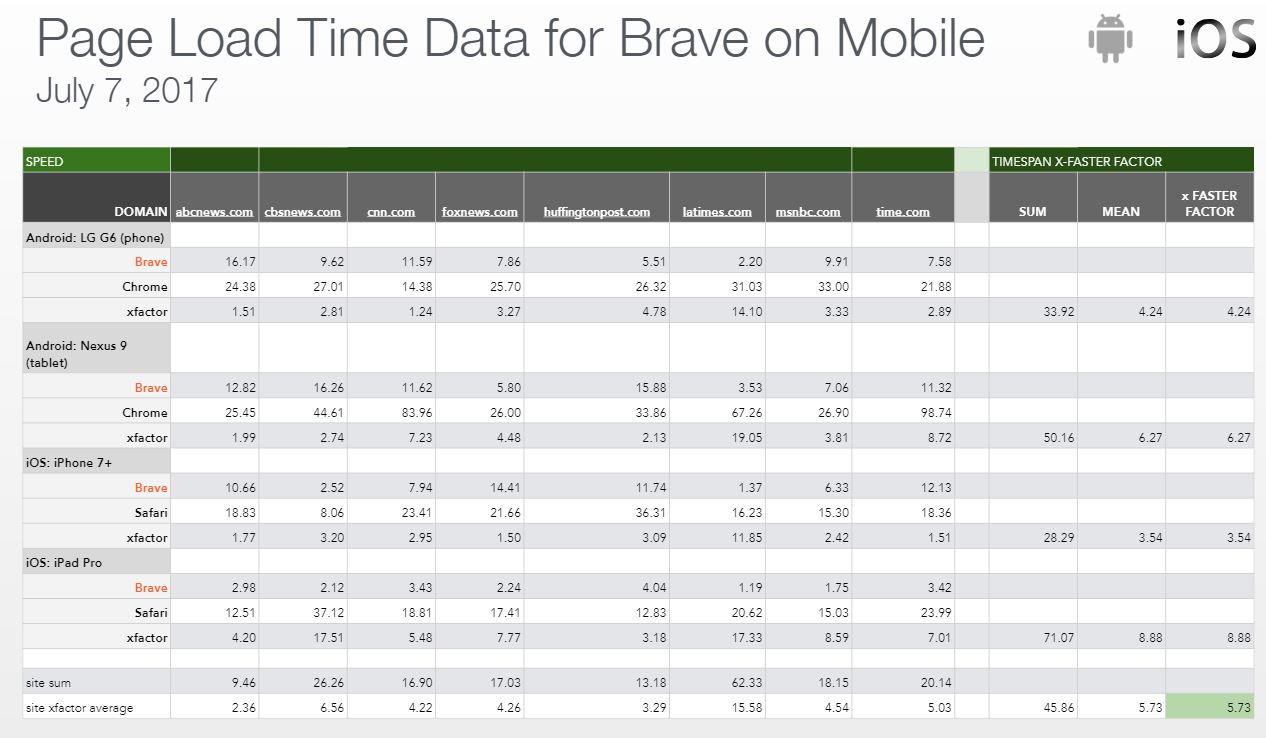 Lightning fast. Surprisingly, Brave on mobile is actually marginally faster than Brave on desktop. On PC, major news sites will load twice as fast as Chrome or Safari, and that bumps up to a whopping eight times faster on mobile.

2. Brave will save you money and time

You don’t have to pay a cent to give it a try. In fact, you’re actually saving money since you’re no longer paying extra bandwidth just to load ads and pop-ups. 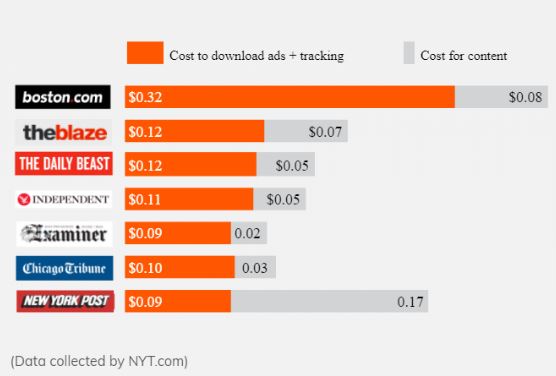 3. It’s got all the settings you’re familiar with

Brave has extensive bookmarks, a local browsing history (that is never shared or mined!), private tabs, multiple window functionality, and dark theme – all the facets you’ve come to expect. Additionally Brave also offers still more features regarding global privacy settings and settings per site. And since it’s based on Chromium, it will support all your favorite extensions.

4. Brave shields you from pesky ads

If we haven’t said it enough already, this is really the browser’s calling card. It goes double for mobile, though, as the last thing you want when you’re checking the Internet on the go is a site that can’t load fast enough because it’s plagued by pop-ups, banners and trackers.  And soon Brave promises to bring to mobile a feature already available on its desktop browser, Brave Rewards. Brave Rewards gives users an interesting way to continue to support the publishers who have lost revenue from blocked ads–a blockchain based solution for tipping your favorite content. 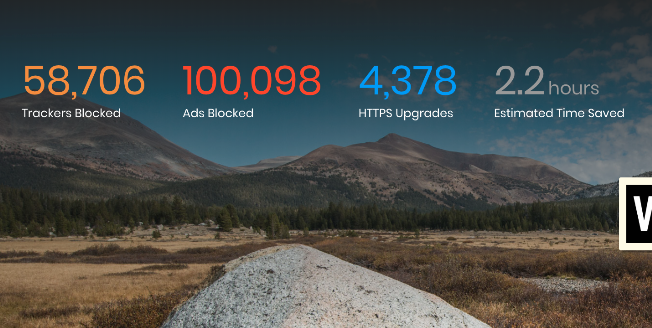 As with the desktop and laptop versions of Brave, the mobile variant allows you to see how many ads and trackers it has blocked, how many times it’s upgraded to HTTPS, how many scripts it’s blocked, and phishing attempts evaded.

5. Brave is less taxing on your battery life and data

Brave works to load web content, not ads. As such you’ll find your mobile device’s battery life is chugging along much more steadily than with other browsers. That means more battery life is available for you to use on other apps that matter, and fewer trips to recharge your phone.

Brave exceeded one million downloads via the Google Play store as far back as November 2017. That number is still climbing, and “user growth remains strong,” said Brave in a blog post in April 2018. “We anticipate millions more by the end of 2018.” Will you be one of them?