Harry Potter: Hogwarts Mystery puts you through all seven years at JK Rowling’s incredible school. The game takes place shortly after the death of Harry’s parents at the hands of Voldemort, and puts you in the shoes of a new student attending Hogwarts in the period before Harry’s arrival 11 years later.

Amidst your first year of brewing potions, taking flying lessons, and learning new charms, the player may also attempt to win the House Cup for his or her respective Hogwarts House – Ravenclaw, Slytherin, Hufflepuff, or Gryffindor.

Think you have what it takes? You can download the game here:

While the story will progress regardless of whether your House wins, the rewarded gems are a nice incentive; the winning House will receive one hundred gems, which is the equivalent of about $5.00 of in-game purchases. Plus, who wouldn’t want to win the House Cup? 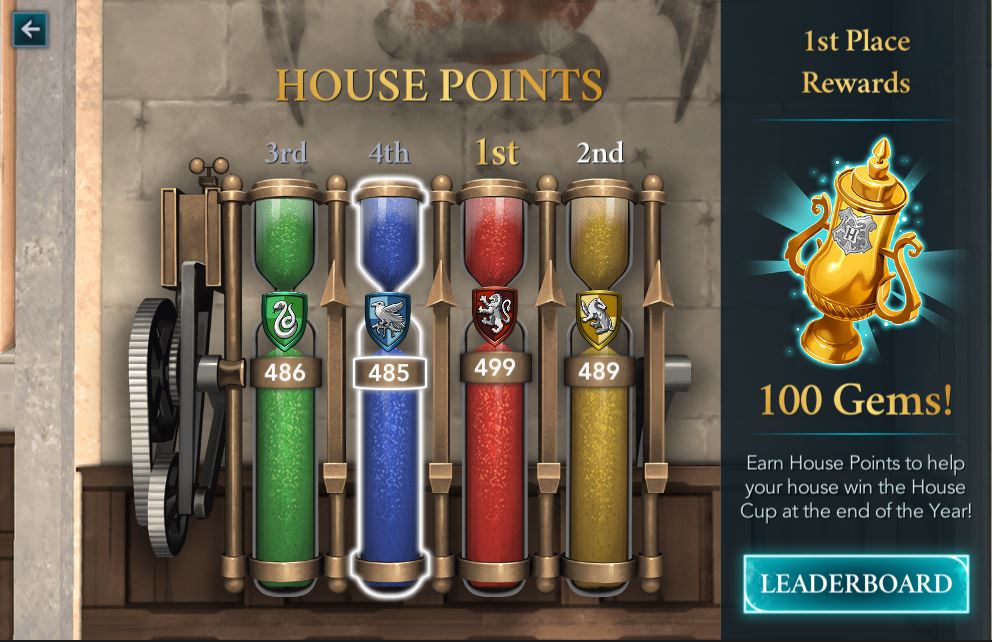 To win the Cup at the end of the year you’ll need to be at (or at least very near) the top of the Ranking screen. Dumbledore introduces these colored hourglasses after the start-of-term feast, and they can be checked under your profile menu at any time.

If you click the scroll icon on the left of the screen, it will display how close you are to completing your current year at Hogwarts: 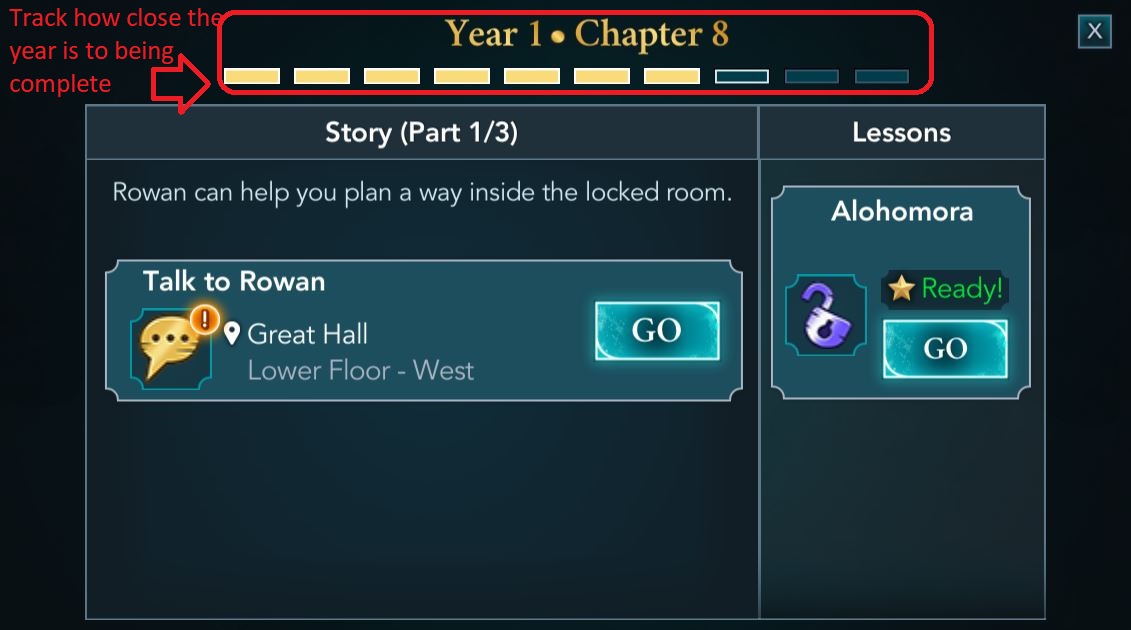 Once you complete the final chapter for the year, Dumbledore will announce the winner during the feast. If your House wins, you’ll receive the gems and a slightly different cut-scene. It will look something like this:

How to earn House Points

To win this prestigious honor, you must earn House Points. That’s certainly easier said than done, as there are unavoidable points during the main story where points are arbitrarily awarded or removed (we’re looking at you, Snape). Since this is largely beyond the player’s control, this is not a good way to plan on getting House Points. There are two other ways players can earn House Points, and they’re much more reliable methods:

By and large, the best way to earn points for your Hogwarts House is to be a good, diligent student. Pretend you’re role-playing as Hermione Granger: Attend extra classes, make those classes take longer, and get every star possible. Here’s where it’s important to point out the distinction between classes and lessons in Hogwarts Mystery: Lessons are scripted events that you must complete in order to progress in the story. These teach you the necessary charms or potions that are integral to completing the game’s story. Lessons are usually three hours in length. 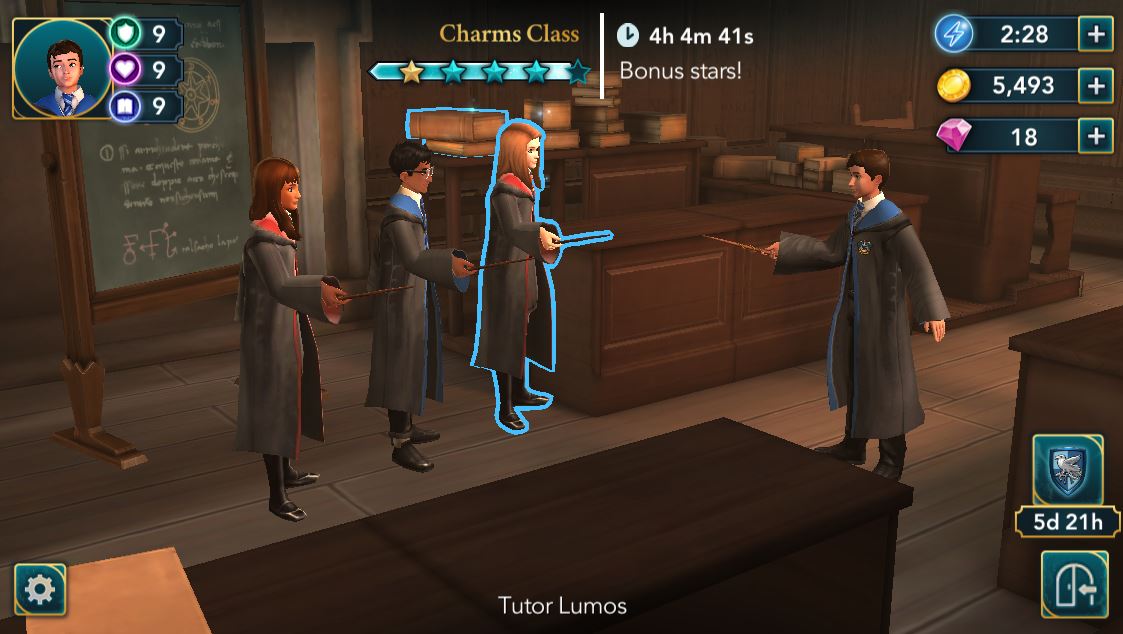 Classes, on the other hand, are not required but are instead offered at any given time. Players can elect to take extra classes in Flying, Potions, or Charms whenever they choose, and doing so is not only a great way to gain exp, earn money and gems, and raise your stats, but also to gain those much-needed House Points.

Completing extra classes will guarantee you House Points, and the longer the class the more you’ll receive: A one-hour class grants you two House Points, a three-hour grants four, and an eight-hour class will reward a whopping 10 points towards your House (provided you acquire all the possible stars), enough to make a big difference in your ranking. 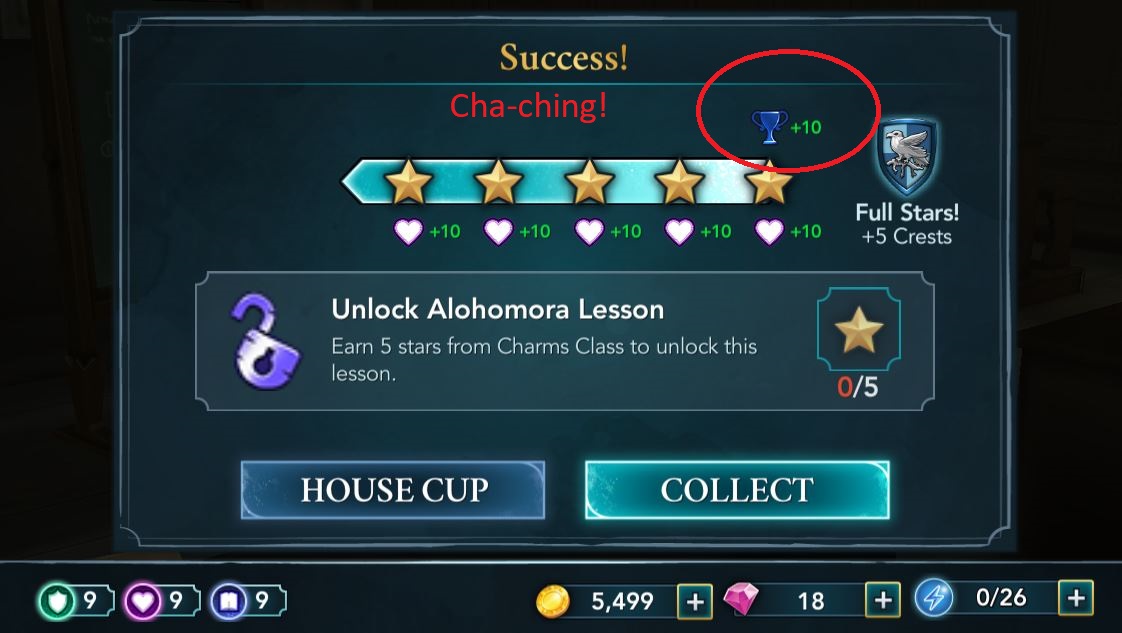 2. Choose dialogue suited to your House

Your other best method for attaining points is to pick your dialogue choices with your House in mind. While the best decision won’t always be apparent, there are times where it most certainly is. Pick a knowledgeable response as a Ravenclaw and you’ll get points for role-playing. Likewise for picking courageous choices for Gryffindor or kind, respectful choices as Hufflepuff. If you’re unsure which option corresponds to which house, check the color outlining the dialogue choice.

It’s generally a good idea to keep your attributes pretty even, but if you have to favor one, choose the trait that best suits your House.

One neat feature is the leaderboard, accessed via the Ranking screen. Here you’ll see your character among the other students at Hogwarts and you’ll get to see where you stand in terms of who’s earned the most House Points. 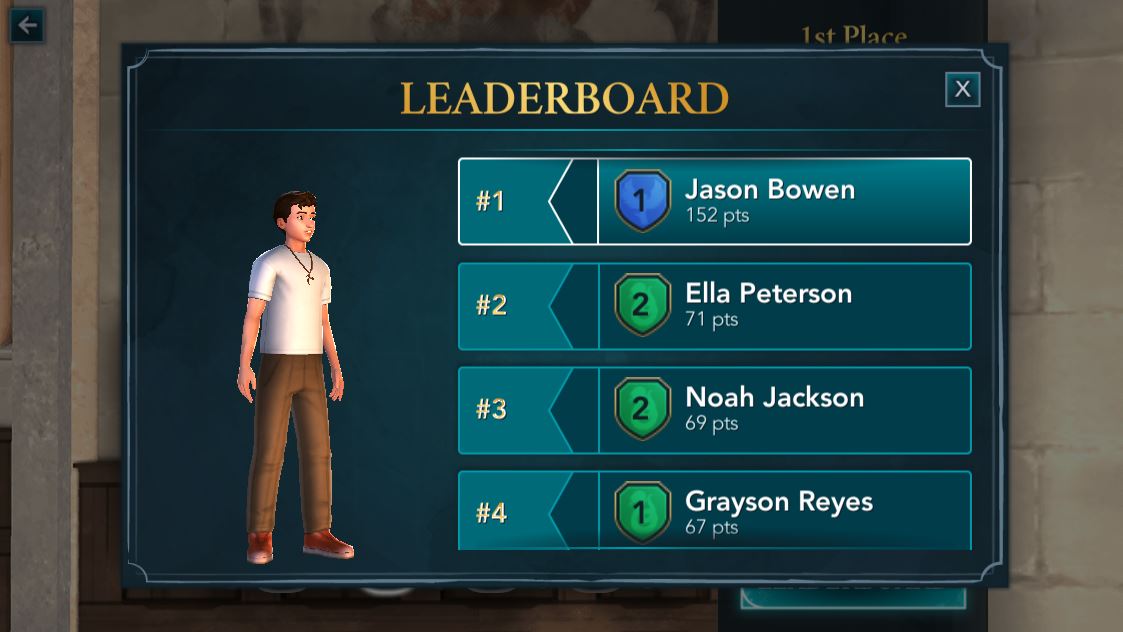 The amount procured by other students is randomized, and your character is almost guaranteed to be near the top. If you keep scrolling down you might be amused to see some celebrity cameo students, though, like Maggie Smith or Emma Watson.

If you’re a few points short of the House Cup by the end of year one, don’t fret; Dumbledore will award you an extra 100 points just for completing your first year at Hogwarts. That should be enough to give you a pretty big edge.

Other than that, just be careful not to lose points along your journey. This can happen through incorrect dialogue choices, but is more often the result of failing classes or not finishing with the minimum requirement of stars. To ensure this does not happen, be sure to have enough energy points to get you through the class. For strategies on how to best obtain and distribute your energy, you can check out our guide here.