We have to innovate, we enjoy it, so let’s do it! 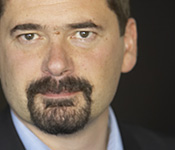 With the release of Opera 11, I talked to co-founder Jon Von Tetzchner to find out what makes the company behind this innovative browser tick. Back in 2005, Jon had proclaimed he would swim the Atlantic if Opera 8 got a million downloads in four days, so I asked him where he stood with Opera 11.

Do you have any plans to swim the Atlantic again?

When we had this competition thing, it was about getting one million downloads in four days, and now we have that in a single day! So from that perspective I would probably have to swim back and forth to the states multiple times just to cover that. I think I’ve had my swim, it was cold and it  would be even colder now!

Opera 10 was very innovative, what are the biggest developments in 11?

For Opera 11 we’ve taken a different approach. We’ve looked at what are the most important things for our users. What do they like best that we can improve on? And then we’ve looked at the things people are saying they would like to have.

So, for the first part, speed is important, Opera Turbo is important, and we made a smaller installer. But then we looked at tabs. A typical Opera user has around ten tabs open at any one time, and keeping track of these can become difficult, so a better organization is a benefit and this is why we’ve come up with tab stacking. We did the precursor of tabs back in 1994, with multiple windows inside one window, and we’ve been gradually improving this and I think tab stacking is an important improvement for anyone who has a lot of tabs.

Mouse gestures are a very popular feature in Opera, and we’ve made them easier to use in Opera 11, and more accessible to new users.

Turbo is very popular with people who have slow connections, and we’ve made it more efficient. The most user requested feature we’ve added is extensions.

Why did you decide that now was the right time to bring extensions to Opera?

It’s been a request for some time. We looked at the tool Mozilla use, and decided it was too heavy and we couldn’t do that, so we knew we couldn’t have a compatible system. But now there’s been more of a focus on building web extensions, and we’ve been doing user javascript for some time, which is a way to do extensions but is not so easy for the end user. Now we’re making it easier, and it’s more in line with what Google are doing. We’ll admit we’re not first with extensions, but I think you’ll find we’ve done extensions in an easy to use way and still maintain Opera’s strength – of always having a lot of functionality built in and working seamlessly. Now you get extensions as well. A lot of people are saying we love Opera, you have much more functionality, the speed is better but I miss extension x,y or z. Now that final piece has come.

Do you expect a lot of community development for extensions?

Well yes, we already have over 200 extensions and we haven’t really launched yet! And if you look at those extensions you’ll find a lot of them that people like on Firefox. You’ll find that a lot of the most popular extensions on other browsers are either already functions in Opera, or are now available as extensions.

Why should developers create extensions for Opera?

The benefit firstly is we have a significant established user base on desktop of over 50 million users and counting. But also because the extensions are web based, it’s fairly easy to develop them, and also it’s easy to create extensions for Opera and Chrome at the same time. A lot of extensions you can already see for Opera are one that are available for Chrome and Firefox.

What is it about Opera that makes it such an innovative company?

A fair amount is that we have a fairly flat structure compared to most, but secondly I think it’s just that we have always been competing with big companies so we have to differentiate. We know that if we’re only as good as our competition we will lose. So we have to innovate, we have to listen to end users and find new ways of doing things. Obviously, this is something that people enjoy doing here, so it’s a good match. We have to innovate, we enjoy it, so let’s do it!

Do you think there’s an advantage in a closed development model over open source like Firefox?

I believe you can’t really say one is better than the other, to me it’s a choice. For us I think it’s the right thing to do as we’re working on so many different projects in parallel. What you find with big open source projects is that after a while they become more like a closed source project, once they get to a certain size. Otherwise you will get too many developments with unintended side effects that break other features.

For us, running 150 projects at the same time, we can’t have one that breaks the code of the other 149, so we have to have very strict control.

Does the success of Google Chrome, which has grown very quickly, impact the development of Opera?

We do our own thing, and we focus on making the best possible product for ourselves. It’s not unusual for us to see other companies with significant funding which can grow quickly – our first competitors were Mosaic and Netscape, and they had a lot of money and a good product. Then you had Microsoft, and they crushed Netscape while we continued to grow. Then Firefox appeared and grew quickly, but we did still continue to grow. We know we have competitors with more marketing muscle than us, and we have to focus on basically spreading the word in the best way we know. A lot of that is focusing on end users. This year, across platforms we’ve gained 50 million active users, as we did the year before, and we get a million downloads every day. We’re used to tough competition, it spurs us on – there’s been a nice match between us and Chrome with speed, for example, which I think has made the other browsers concentrate more on speed too, which has benefited end users.

What does the future hold for Opera?

The big picture for Opera in the future is about cross platform functionality, synchronization, applications that work in Unite now. But in general we always try to innovate and just provide a better and better browser. We things moving towards the web, as more and more applications become web based. But there are also lots more devices that are becoming web enabled, so we are in consoles, televisions, set top boxes and photo-frames. This is why the interconnected web is important to us with products like Opera Unite.

Do you think Unite has been a success with users?

I think Unite is an example of a technology where we are very ahead of the curve. I think it will become a big success. We’ve had a fair amount of users of Unite so far, but feel that this really is only the beginning.

What are you most proud of in terms of Opera’s development?

The special thing to me is that we’re reaching out to so many people. We’re also innovating and are ahead of the curve, and I like that, being innovators and not following. I am proud of the fact that we reached our long term goal of getting 100 million users and we finally got there last year, and now we’ve already reached 150 million. It’s growing quickly now and I’m proud of the fact so many people are choosing to use our software. Our goal now is to get even more users and also to get more people online – we’re contributing quite a lot to getting people online across the world and we’d like to continue to help spread the internet everywhere.