Android‘s 4.4 reveal is expected to take place some time in October but leaked photographs have revealed a bit of what we can expect. 9to5Google released four user submitted photographs of a Nexus 4 running Android 4.4. The photos reveal a redesigned dialer and messaging application.

The redesigned dialer still has three main tabs: number pad, history, and contacts. The dialer itself has abandoned the Android “Holo” theme of blue and black for a blue and white theme. The numbers and iconography are flat, which fit in with the rest of Google’s redesigned applications. Check out Google’s new logo to see what I mean. 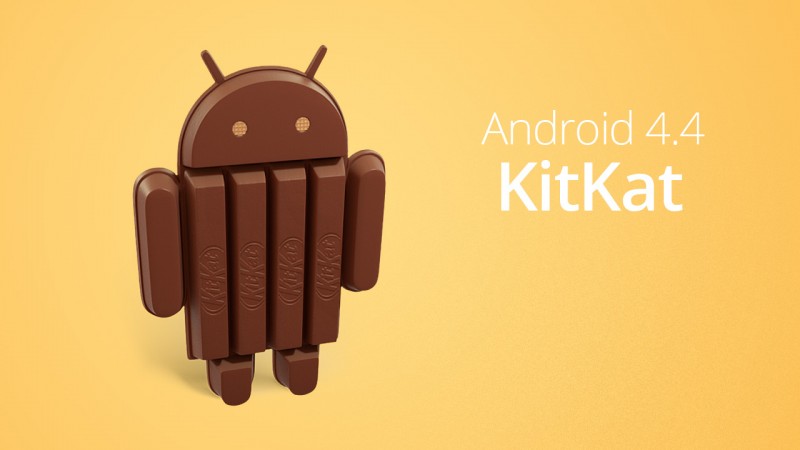 In addition to the dialer update, there’s an all new Messaging app, which handles text messages on Android. It’s odd that the Messaging application has not been rolled into the Hangouts app. Facebook Messenger, on the other hand, supports both Facebook Messages and texts. 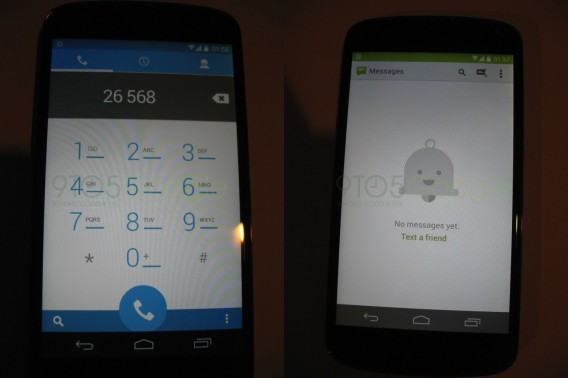 A subtle design change can be seen in the status bar, which changes color to the color of whatever app is in focus. This is similar to what Apple has done with iOS 7’s transparent status bar.

Of course, these photos should be taken with a grain of salt as they could have been doctored. Still, the photos look legitimate and offer subtle clues on what Android 4.4 could bring next month.