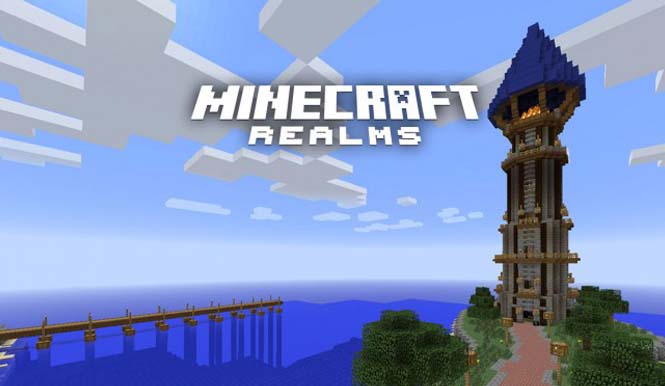 Minecraft Realms is a fee-based online extension for Minecraft that promises to simplify multiplayer games, although the beta version is currently only available in Sweden. While Minecraft fans await its release in other countries, we take a look at the differences between the free Minecraft Server and Minecraft Realms.

One of the charms of the block building game Minecraft is the fact you can create great buildings with friends; Minecraft Server for Windows and Mac lets you build things together. It’s precisely this that Minecraft Realms, created by the official Minecraft development team Mojang, is targeting, but it does cost an extra fee in addition to the price of the full version of Minecraft. So, is it worth suddenly paying ten euros a month for a free feature?

Easy to use and always available

Setting up the Minecraft Server manually is not easy. Minecraft Realms relieves the player of the tedious configuration process, running on its own servers. This effectively eliminates the need for the host to have a powerful Internet connection or a PC that’s chock full of memory. On top of that, the Minecraft Realms servers are also accessible even when the host interrupts play.

Limiting the number of participants

A paying host can invite up to 20 players to participate in a multiplayer game in Minecraft Realms. Guests don’t have to pay anything. A maximum of ten players can be logged in at the same time, even while the host takes a break, and the host doesn’t have to keep their computer running in order for friends to continue adding to their world.

In contrast, Minecraft Server does not limit the number of participants. The only limit here comes from the performance of the PC and your internet connection. You can calculate how many players can simultaneously build on your computer with Minecraft Server by going to the Can I host a Minecraft Server page. Fast computers with a lot of RAM can process lots more block builders than is possible in Minecraft Realms.

No Mods or snapshots

Anyone who enjoys modding Minecraft and constantly wants to try out the latest snapshots with friends won’t like Minecraft Realms. Experimenting like this is only possible with Minecraft Server.

Conclusion: convenience has a price

The main reason to buy Minecraft Realms is its ease of configuration. The availability of the server, even when disconnected from players and their machines, is also a big advantage. Minecraft fans who love building, however, will have to learn to live with its limitations. Alongside current pre-release versions, the fact that popular mods have been dropped is more of a blow than anything else.