Mortal Kombat 11 instantly became one of 2019’s most hotly anticipated games after premiering at the Game Awards. This past Thursday, director Ed Boon gave us a peek into Mortal Kombat 11’s interesting new features, including a brand new playable character. 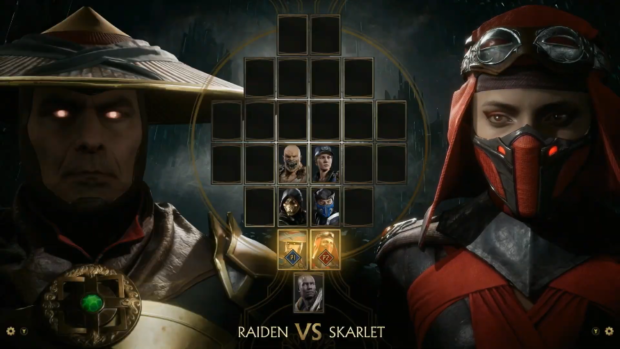 Netherrealm promises a roster of 25 fighters at launch, with more to come down the line with DLC. The currently confirmed characters are:

Geras is a newcomer who manipulates both time and sand. Using sand, Geras can form copies of himself, create barriers, teleport, and shoot projectiles. Even better, Geras can use his time manipulation gimmick to turn the tide of a match. His Rewind Time ability rewinds the match four seconds, negating any damage or positioning disadvantage that Geras might have received (this move works similar to Tracer’s Recall ability from Overwatch).

Beyond that, Geras can spend offensive meter to add and subtract seconds from the match timer with his Lost Time and Spare Time abilities respectively, a never-before-seen mechanic in a fighting game. It will be interesting to see how tournament players manipulate the timer in high-level play, as it will definitely lead to some tense matches. You can watch Geras’ reveal trailer below.

Besides Geras, the most surprising character reveal was for Sonya Blade. While Sonya has been one of the most enduring and popular characters in the franchise, in Mortal Kombat 11 she will be portrayed by none other than “Rowdy” Ronda Rousey.

The UFC legend and WWE Women’s Champion fits Sonya like a glove. Rousey has long been a gamer and a Mortal Kombat fan, citing Sonya as a childhood hero and one of the most badass women in gaming. Sonya herself has received a redesign and now uses wrist-mounted guns and a mounted machine gun for her Fatal Blow.

Including guest characters has been a tradition for Mortal Kombat games since the 2011 reboot, which featured Freddy Krueger and Kratos. Mortal Kombat X featured horror movie icons like Jason Voorhees, a xenomorph (from “Alien”), a Predator, and Leatherface. While Netherrealm has not confirmed that a guest character will appear in Mortal Kombat 11, popular suggestions from fans include the Joker, Pennywise, Ash Williams, Spawn, and Michael Meyers.

The special meter, which debuted in the 2011 reboot, has been retooled extensively. Instead of being one singular meter that allows for offensive and defensive techniques, players now have access to two separate meters simultaneously. The offensive meter allows players to “meter burn” their special moves, allowing them to do more damage and extend their combos. Each special move takes a certain amount of meter to burn, with the more powerful ones, such as Geras’ Rewind Time, taking more meter. Players must keep this in mind when building their custom character variations. The defensive meter allows for special defensive techniques such as combo breakers and invincible rolls.

Other new gameplay enhancements include Fatal Blows, which are powerful attacks available when the opponent is below 30% health, and Krushing Blows, which are powerful versions of special moves that activate after completing certain objectives (similar to Brutalities but mid-match). The game also features a perfect block mechanic, similar to Street Fighter III’s parry, which allows players to punish opponents if they pull off a risky, perfectly timed block.

Most notably, Mortal Kombat 11 will include a gear system similar to Injustice 2. Gear can be mixed and matched at the player’s discretion, and this time stats are unaffected by gear. This means that players can customize the look of their character without worrying about how it will affect their stats. In competitive play, pre-made costumes and gear sets are used that make sure the playing field is evened out. The developers have made a point to keep the cosmetics and gameplay as separated as possible, and they claim that the game will not feature gear-based microtransactions. Injustice 2’s gear system laid out a great foundation, and Mortal Kombat 11 looks like its improving on it even further.

Are you excited for Mortal Kombat 11? Which characters would you like to see? Let us know!