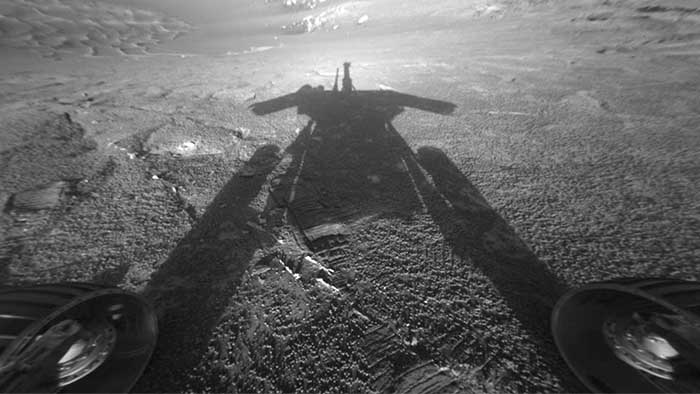 After a record-shattering run on Mars, NASA’s Opportunity rover is dead.

The little rover was only supposed to last 90 days on Mars, but it kept exploring for more than 14 years over 28.06 miles. And then, the end came. In June of 2018, a dust storm engulfed the entire planet and Opportunity went silent. The last words Opportunity sent back are enough to drive grown men to tears.

The last message they received was basically, “My battery is low and it’s getting dark.” They hoped that the windy season would clear dust off the solar panels (if that was the problem). Since then they’ve been pinging her again and again, every way they knew… 3/

On February 13, 2019, NASA finally gave up hope they’d ever hear from Opportunity again. And the internet mourned the little ‘bot that could.

NASA sent one last message to their little rover: Billie Holiday’s version of “I’ll Be Seeing You.” Play this and read the lyrics and imagine our little robot friend hearing this as the darkness closes in.

So if the transmission went through, the last words Opportunity will ever hear are: 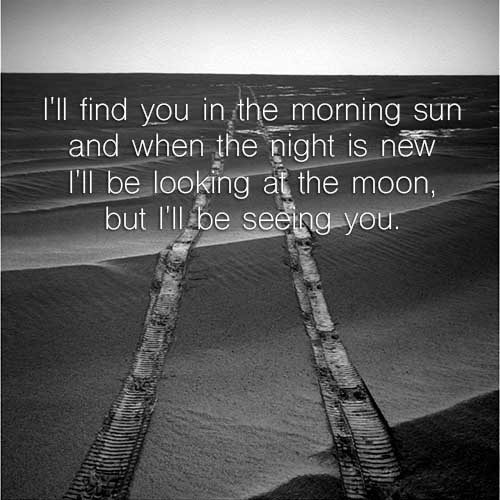 More fitting than our first choice for a goodbye:

…but that’s why NASA is NASA and we just write articles for a living.

Click here to see the best pictures Opportunity took during its record-setting run.