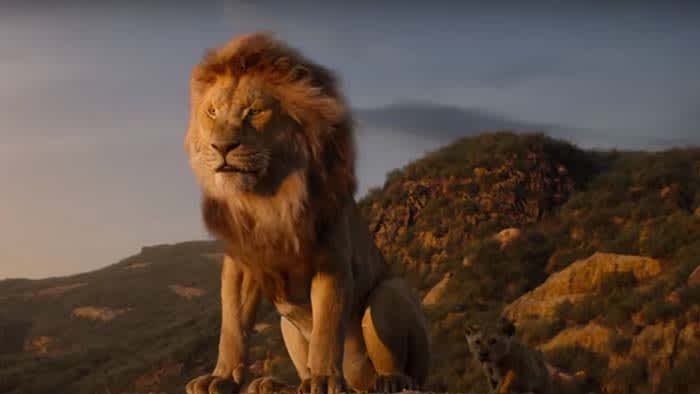 “Everything the light touches is our kingdom.”

Disney released the first full-length trailer for the upcoming Lion King remake coming out in July of this year.

We got to see the first shots of Scar, Timon, and Pumbaa. Aside from James Earl Jones reprising his role as Mufasa, the film has an entirely different voice cast from the original.

Taking the reins from Jeremy Irons, Chiwetel Ejiofor takes on the role of Scar. Ejiofor gets a few lines in the trailer, and his chilling tone sent shivers down our spines. You may recognize Ejiofor from movies like “12 Years a Slave” and “Four Brothers.”

Our favorite bug-eating duo also made an appearance. Voiced by Billy Eichner and Seth Rogen, Timon and Pumba sing their hearts out to “The Lion Sleeps Tonight.”

Eichner was made famous by “Parks and Recreation,” and he also has a popular YouTube channel. You probably know Rogen from his movies “Knocked Up” or “Sausage Party.”

We have yet to hear Beyoncé voice Nala or Donald Glover voice Simba. However, we have full confidence that Beyoncé will have a performance that will inspire all the single ladies. Also, Glover is bound to give us a performance that is anything but childish.