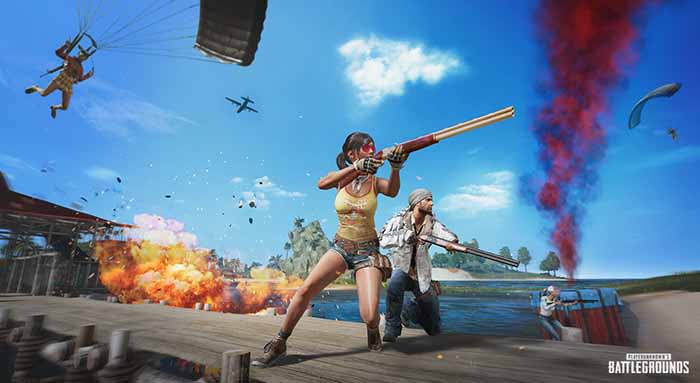 Some might say that PUBG’s 15 minutes of fame had come and gone a long time ago, but right when it has just started to hit its peak in popularity in India, several cities have banned it.

PUBG, or PlayerUnknown’s Battlegrounds, is a battle royale game in which players compete against each other one on one to be the last man standing. Equip standard weapons like guns and grenades or more unique ones like frying pans (which, incredibly, can deflect bullets if used at the right moment) to get rid of other players. Run around the maps or zoom around in cars, motorcycles, and other vehicles. The maps that you play on are quite large, and while you’re focusing on not getting killed you also have to keep an eye on the circle around the playable area which begins to shrink. Once outside of the circle for too long you begin to take damage, and if you’re not inside the safe zone in time, that can kill you instead of another player.

Although India’s gaming scene was once underdeveloped, mobile phones have become more affordable, leading to explosive demand for games. Some countries like China have age restrictions for games like PUBG. But the sudden rise of India’s game demand outpaced its laws. Some Indian lawmakers believe games like PUBG cause bullying and violence. While many say the game is a lot of fun, Indian media have said that it’s a breeding ground for psychopaths, and recently, college students were arrested just for playing it.

This hasn’t stopped most players, though. Even if there has been a crackdown on PUBG for PC and console, the mobile edition is harder to stop, thanks to all those phones. This is very important, considering the fact that India’s mobile game market is expected to break $1 billion by next year.

Bluehole Inc., the South Korean company that created PUBG, hopes to work with Indian authorities to find a solution and foster a healthier gaming community.

PUBG vs Fortnite: Which is better?