A third of big tech workers believe they’re being spied on — should we be more concerned? 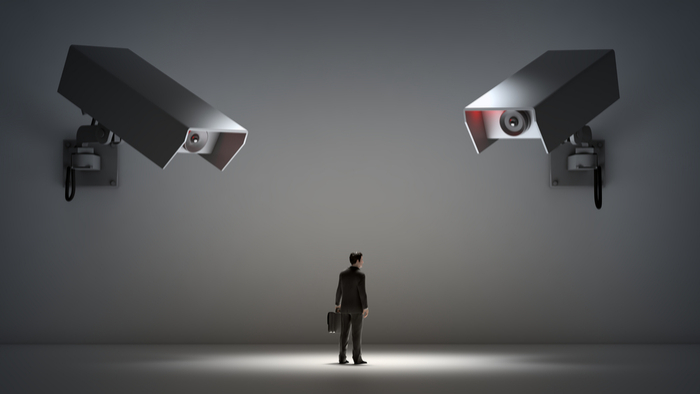 According to a report by the Blind app, employees of over 26 of the biggest companies in tech were surveyed with a true or false statement: “my company goes to unreasonable lengths to monitor employees.”

More than a quarter— 25.8% of participants — responded “true.” Booking.com employees doubled the survey average—with 54.12% stating that they felt the company spied on them.

For those who don’t know, Blind is an anonymous social network for working professionals. The app gives workers a place to leave honest feedback about what it’s really like to work for companies like Apple and Google, without risking retaliation.

And while the companies themselves haven’t added their two cents post-survey, a whopping 67% of companies take part in some form of electronic monitoring.

Electronic monitoring is easier and cheaper than ever, so it’s not really a surprise that workplaces of all kinds are testing out new technologies. But just because it’s accessible doesn’t mean that its the best way to get results from employees. Though billed as tools that facilitate empathy, communication, improved customer relations, spying is spying.

Which brings us to this question…

Should we be more concerned about electronic monitoring at work? 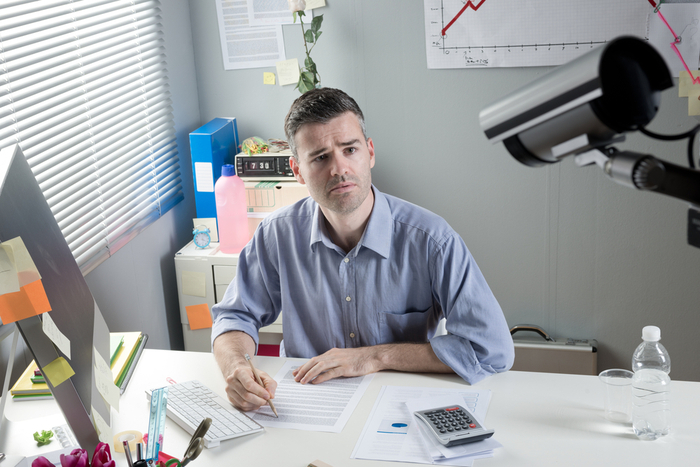 What are the more common uses of surveillance on the job?

Not only are in-office workers increasingly thrust into collaborative open office plans, expected to engage all day, and still meet deadlines, there’s also a decent chance they’re being watched as they make it through their to-dos.

But the thing is, working under pressure stresses us out.

And with electronic monitoring, there’s an added pressure element, making us feel like we’re being watched. According to Psychology Today, productivity suffers when we believe we’re being monitored for quality.

In general, studies have shown that employee monitoring lowers morale and can create additional stress and alienation at work.

Despite the fact that these adverse effects are well-documented, workplace monitoring has ramped up and there’s no clear line between what’s appropriate and what’s invasive.

How to use social media to find your next job

Employers monitor for all kinds of reasons, and there’s no law in place that prevents employers from monitoring their employees.

Courts typically find that when employees are at work, they should expect that privacy is somewhat limited. For example, employers have the right to monitor activities on their computers, as they own the property.

Email monitoring is par for the course as well.

If employees are using a workplace email account, then messages sent within that system are subject to review. This includes chats, as well as Gmail missives.

However, when employers start tracking us after hours via GPS or listening in on conversations with clients and colleagues—things get a little murky.

The Fourth Amendment actually protects Americans from unreasonable searches, but it only applies to government actions. So if law enforcement needs to search your house, they’ll need a warrant before moving forward. But, if your boss tracks your phone, there are little protections in place.

While it makes sense to use GPS technology to keep tabs on company cars during business hours, tracking an employee’s whereabouts during off hours or while working from home isn’t especially clear. 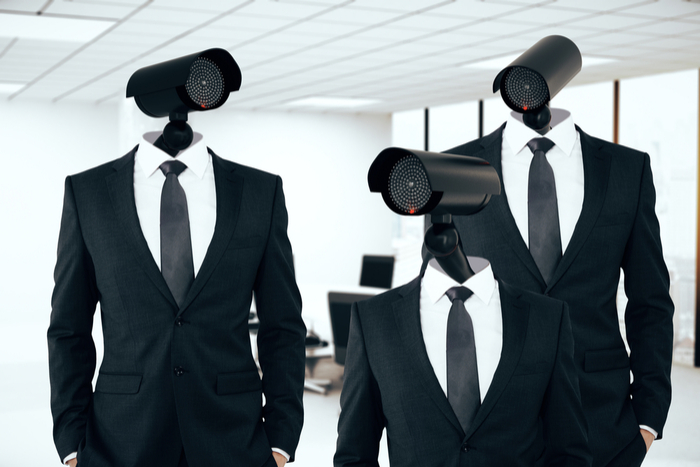 And then there’s the issue of workers who object to being tracked. A lot of people are okay with it, according to a TSheets (a time-tracking platform) survey from 2017.  It may be because a lot of us don’t feel like we have much to hide.

Still, there’s the issue that if someone goes to a pregnancy center or a lot of doctor’s appointments, or a gay bar, employers could look for other ways to oust that staff member.

The point is, while an employer can’t lawfully discriminate against staff for any of the examples above, they might look for other reasons to get rid of someone based on that knowledge.

How to write the best resume in Google Docs

The idea of the quantified workspace is sort of the HR version of the Quantified Self movement.

Fast Company lays out the concept in a 2015 article, citing tools like Meeting Mediator that alerts you when you’re talking too much on a call. Or, apps that push out automated requests to introduce your colleagues over Slack, instead of email.

And then there are examples like Cogito, a tool that monitors call center agents for tone and phone demeanor. Wired highlighted its use at the MetLife offices, quoting a woman who mentioned a coffee cup graphic that shows up on the screen each time the program detects a hint of fatigue in her voice.

The idea behind these automation tools isn’t insidious at its core, and there are certainly some key benefits involved.

Analyzing phone calls can help staff identify better ways to connect with people, by highlighting interruptions, a change in tone, or subtle things we might not ever think about.

However, there is a concern for privacy. In the case of a tool like Cogito, employees know they’re being monitored, and may be okay with it. The issue is, all of these little human things — fatigue, sickness, and inevitable irritation — are reduced to an algorithm.

The boss receives a report at the end of the week, quarter, etc. and evaluates soft skills with hard metrics. It’s this use of big data that could have some scary implications down the road, with managers scoring their staff against a robot’s set of standards.

In the end, there’s no doubt that the pros and cons of workplace spying both pose compelling arguments. However, employers should keep in mind that too many pieces of tracking software can frustrate employees, leading to burnout and turnover. If productivity and consistency are the ultimate goal, perhaps it’s better to look toward the bots.

How to Use Snap Camera on Zoom in 3 Fast Steps