VirtualDJ is a powerful Pro DJ Software for Windows and Mac desktop and laptop computers. With the release of version 8, VirtualDJ adds great new features that make DJing so much easier, whether at a professional DJ gig using a DJ controller or virtual turntables or for fun at home. Sure, there are other media players and DJ mixing midi controllers such as Serato DJ and Traktor, but the Virtual DJ software from Atomix has been around for over 30 years and is well established as pro DJ favorite.

Virtual DJ has been around since 1996 but the last few years, beginning with the Virtual DJ 8 upgrade, have seen a full rewrite of the software code. As well as established plug-and-play features like the BPM detector, virtual crossfader, vdj video mixing features, hot cues and more, there’s now a lot more going on with Virtual DJ. Here is a look at the new main features.

Virtual DJ now rivals Serato by offering digital DJs the chance to use real records when they’re mixing songs from their digital music library. Timecode vinyl now allows laptop DJs to incorporate their old Pioneer, Numark, or Technics decks into their routines. The vinyls transmit timecodes to the software so that Virtual DJ knows exactly what part of the song would be playing if it were coming from the vinyl itself. Not only does this bring an added flair to your mobile DJ live performances it also opens up scratching for your shows and mixes too.

The sandbox concept helps you get ready for your next mix at the same time your audience is enjoying the current song. In the sandbox, you can move to the end of the playing track and mix in the next track. 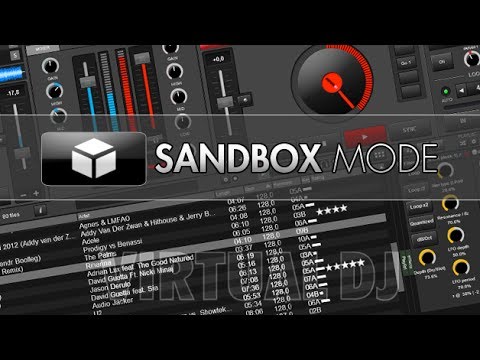 The mix is picked up only by your headphones. When you find the right transition points, disengage the sandbox feature and your mix will play effortlessly.

The version 8 sampler lets you play unlimited samples at the same time. The selected samples can be audio tracks, videos, or even still images. You can organize and group samples, triggering them like an instrument bank. Samples are like sound effects and elements that you can add to your mixes.

Audio components such as an equalizer, filter, limiter or pitch-stretcher are all re-designed, leveraging the strength of modern computers. These features deliver crystal-clear sounds, and the re-worked engine delivers 32-bit audio, though the sample rate can be tweaked if preferred.

The latest browser has three components: folders, file view, and side view. Side view lets you show and switch between folders or lists, including automix, karaoke list, and side list.

Drag and drop folders into the side view, letting you park preferred tracks for easy access, and create your own shortcut buttons using this powerful tool.

A new folder organizational system also lets you organize track groupings in new ways and apply content from one folder into another. You can use folder filters such as “group by genre” to ease organization.

Want to produce music? Here's how to get started ►

Effects windows can float and be moved around your computer screen now. You can un-pin the effects list to place it where you want. In this version, effects can be applied to one deck or as a master output function. 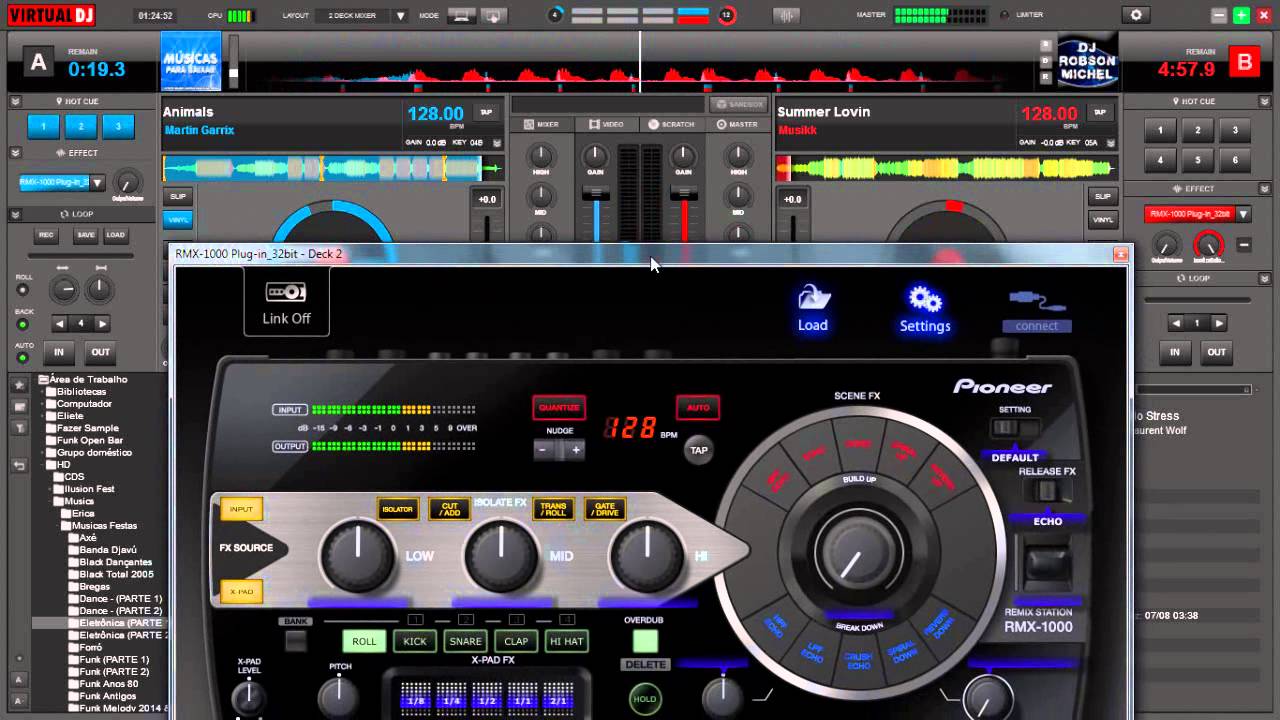 This version includes a number of built-in editing functions, including:

Automix: Lets you pre-edit an automix sequence, fine-tune mix-out and mix-in marks, the transition type and, with videos, the video transition to use. The program remembers mix tuning, letting you use those settings when you use the same two songs next.

Sample: Adjust how you use audio, video, or image samples, including tweaking transparency on videos or cropping audio clips.

If you like VirtualDJ, you’re sure to love DJ Mixer Express!

How to get the most out of Free Audio Editor ►

How to use Garageband to edit songs ►

How to add free sound clips to your audio project ►

How to use Audacity: 14 beginner tips ►