Using a computer without antivirus protection is like jumping out of a plane without a parachute – you’re operating without a safety net. You risk losing data and private information, and potentially money as well. Malware is constantly evolving, and so too must the anti-malware software you use.

We’ve compiled a list of our top 5 most recommended antivirus tools, based on their detected threats, removal process, reaction speed, taxation of your PC’s systems, and lastly how overall intuitive their design is. Bear in mind that there are dozens of reputable brands out there, and that to be in our top five implies that any of the following are effective, very comparable choices.

By and large an excellent choice for users who do light work on their PCs, Malwarebytes has been a reliable security platform since 2008. Malwarebytes 3.0 acquired its fame by catching threats that more frequently slipped through the net for many other anti-malware choices, more carefully scrutinizing numerous forms of worms, trojan horses, and spyware.

It also has a minimal effect on your CPU’s processing speed, and can be set to scan regularly to whatever schedule best suits your preference. Malwarebytes has a very intuitive interface, and lists infected files, scanned items, and the most recent updates all on a single screen. It has powerful modules for web security and for countering ransomware, and should run easily on any modern OS. 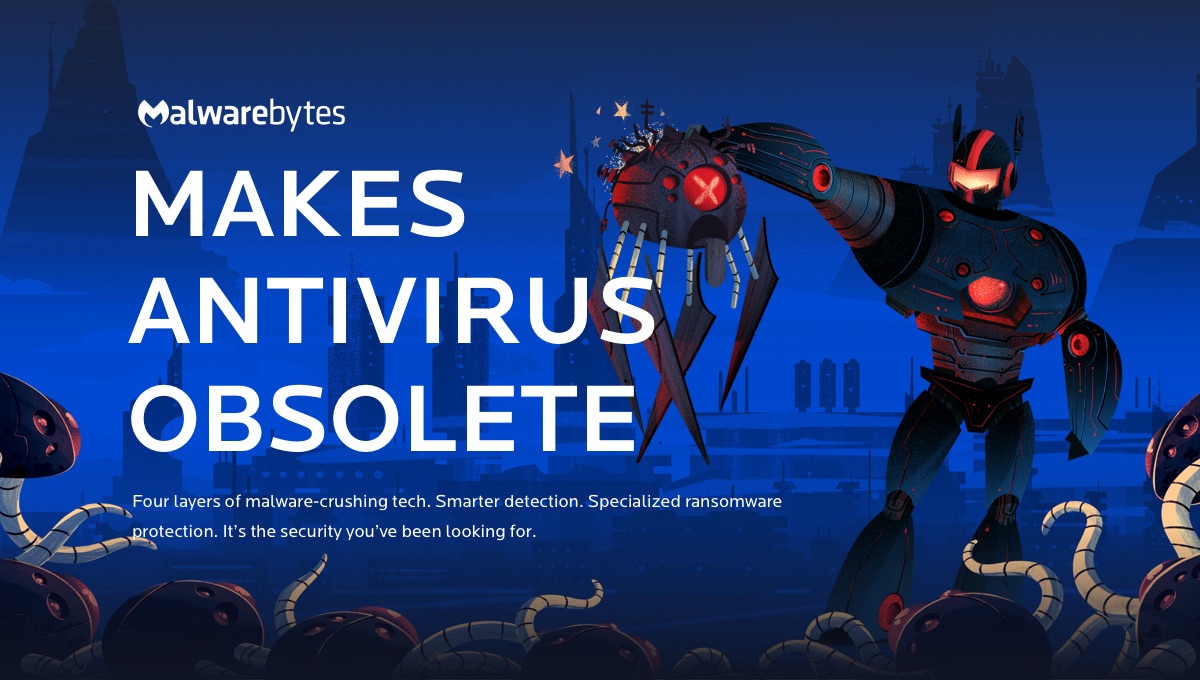 The downside, however, is that these features (as well as many of its anti-exploit and other anti-malware properties) are only usable in the paid versions. In the trial mode, all you’ll get is system scanning without any real-time protection. The full package should cost you around $40.

Our best recommendation is to use the free version of Malwarebytes alongside another free anti-malware software, such as Avast. For more information about Malwarebytes check here.

A little newer to the game, but in no way out of its league, Avast does a quick and thorough job of eliminating malicious entities and has a variety of customization options to boot.

While Avast itself is free, it does try to promote itself via adverts and acknowledgments at the bottom of your emails. For some users, the end result can ironically look something like a virus itself. It is, of course, the furthest thing from that; Avast can actually hold its own in stride against big names like Malwarebytes and even Bitdefender as we’ll show later.

Avast is also trying to move much of its tech and updates to the cloud, meaning that its performance on your PC will be even faster, and their own tech will be made safer. The goal is to make it harder for viruses and hackers to guess the next steps that Avast will be taking to improve its job.

Compared to Malwarebytes, Avast is superior at eliminating viruses, while the Malwarebytes is the better choice for identifying and removing malware. What’s the difference between malware and viruses? The short answer is that “malware” is the broader term; viruses, for example, are just one type of malware. For more details on the difference, check out this article.

Our best suggestion is to have Avast installed and running in the background for viruses while Malwarebytes is used to run scheduled scans for general malware. With both running in collaboration, your system should be very protected. For more information about Avast, check here.

With most free software, a quality product is a gamble at best. This is not the case with Kaspersky. Its antivirus module is able to accurately and quickly detect a multitude of threats and treat them all appropriately and safely. Kaspersky is also very capable of shielding users from potentially dangerous websites and its self-defense capabilities prevent cyber criminals from changing the antivirus’ main core. There are no ads or unwanted pop-ups, and the UI is easy and simplistic.

Kaspersky has an uncontested history of high-profile successes, most notable of which is its VPN connection, promoting a much safer browsing experience in practically every way. It will protect your microphone, camera access, and ward off viruses borne from public Wi-Fi areas, as well as enabling safe online payments by ensuring safe transactions via trustworthy sources. So what’s the downside? Well, Kaspersky has come under political fire for allegedly having Kremlin ties. While this hasn’t been proven yet, the accusations were severe enough that Kaspersky has been banned for use within the U.S. federal government. To see the unfortunate allegations, you can check out this article. Still, the power and efficiency of Kaspersky can’t be disputed, and it remains one of your top contenders for the best antivirus software out there.

Symantec has always made outstanding antivirus solutions, but their Norton Security 2018 is definitely their best. With one of the fastest install processes of any option on this page, you can have Norton up and running in no time, thanks to Norton’s very small installation pack and extremely easy user interface. The IT team is readily available for any questions or issues you encounter, though we don’t think you’ll find any.

Norton’s most noteworthy capability is its “power eraser” which digs deep within your hard drive to root out any nagging, persistent malware. This feature alone makes Norton the best choice for rooting out malware that has firmly embedded itself in your PC. Historically, Norton has also been the benchmark by which many other anti-virus programs are measured. You also get a refund if your security is breached. 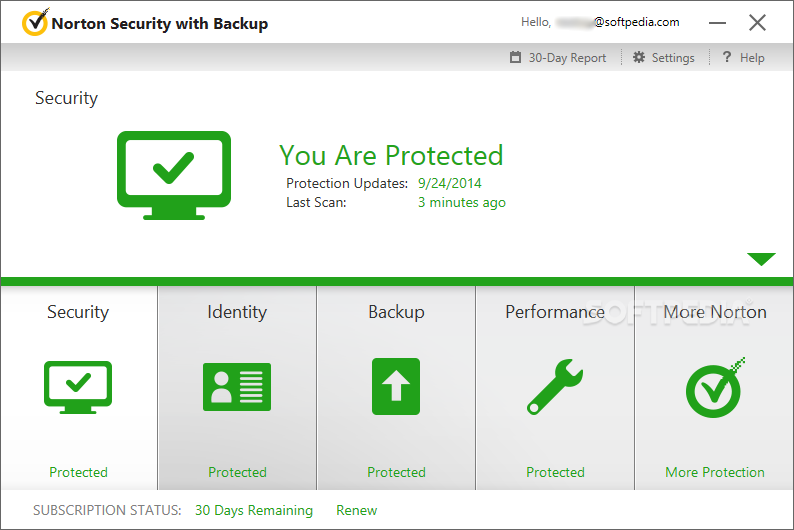 As for how Norton will affect your performance, this is up for debate. This website praised Norton for actually speeding up their PC, while other sources claim Norton to be very taxing on their OS, bogging down their PC whenever they had it installed. The heavy processing power it requires is one of the major cons pointed out in the following video, specifically Windows 10:

Fast, simplistic, and available in either the free or paid versions, Bitdefender is the antivirus software that has it all covered: File protection antivirus, Wi-Fi security advice, scannable applications, websites, and vulnerabilities, as well as state-of-the-art shielding from ransomware.

How does Bitdefender compare to other antivirus software on this list? Compared to Avast, Bitdefender offers less versatility with its security features, but both offer equally superb protection against malware. Of the two, Bitdefender is less taxing on system performance.

Kaspwesky runs a little deeper compared to Bitdefender, but Bitdefender updates more frequently and is generally the faster of the two. If you’re looking for stability and more customization, Kaspersky is the better choice, but Bitdefender boasts the higher detection ratio and better UI design.

Bitdefender will work discreetly in the background, meaning it will do all of its scanning, troubleshooting, and problem solving on its own. You won’t need to directly ask Bitdefender to do anything; it’s always on the clock. It comes complete with an award-winning password manager, and a very ruthless anti-phishing module. On top of all that, Bitdefender runs surprisingly light. No harassment from ads or pop-ups either. For more information about how to install Bitdefender and more of its features, you can check out this article.