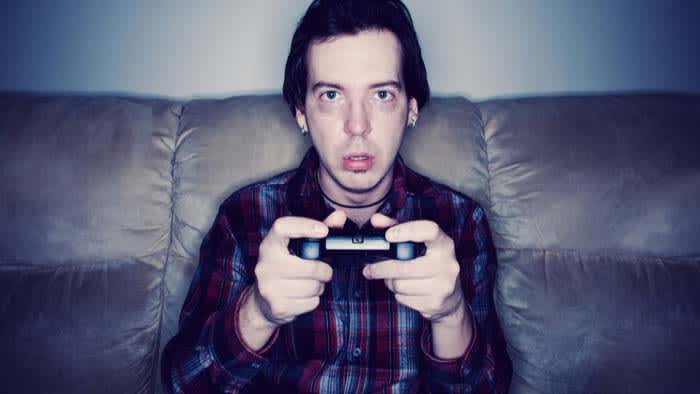 The next time your mom or significant other yells at you for spending too much time playing video games, you might be able to tell them you have a legit disorder.

Researches from various universities across the United Kingdom, Germany, China, and Australia have created this test to determine whether or not you have an addiction to video games.

The test takes about 20 minutes to complete. Most questions have you rank statements from “strongly disagree” to “strongly agree.” Once completed, you have the option to see whether you have an unhealthy obsession with watching pornography online or online shopping.

Our writer took the test and got the following results:

Our writer’s score (70%) was higher than 97% of others who took the test. Although the results say that you should consult a doctor or psychiatrist to determine if you truly have a behavioral disorder, the test suggests that our writer is in the clear. (Whew.)

“The self-report scale only provides you with tendencies towards Gaming Disorder in the context of your own usage and should not be seen as a final diagnosis,” according to the test.

The test shows us why we play video games. According to the results, our writer plays to escape from reality, to enjoy a fantasy experience, and as a coping mechanism for things like stress.

We also got to get an insight into our writer’s personality:

Although the test determined that we are not as emotionally stable or conscientious as the average test-taker, we are more extraverted and open.

Believe it or not, the World Health Organization (WHO) actually classifies “gaming disorder” as a legitimate mental illness. Luckily, only a small percentage of gamers actually have the disorder, according to WHO.

If you have gaming disorder, video games “take precedence over other interests and daily activities, and continuation or escalation of gaming despite the occurrence of negative consequences.”

Social media worse for mental health than we thought ►