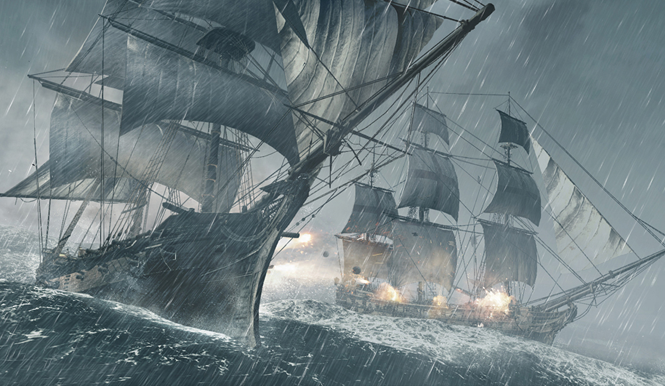 Opening in September 1717 with a trademark dive, we see protagonist Edward Kenway pick up an assassin contract, which gives us a look at the breathtakingly large world map. What follows is an exciting naval chase, then boarding the enemy ship. Ships certainly start a lot quicker than their real life versions, but that keeps it fast and exciting.

Watch the video below to see the rest, including dramatic sea storms, exploration and experience the seamless gameplay between land and sea.

Keep up with all the latest on Assassin’s Creed IV Black Flag.

The game will be released on October 29th on PC and consoles.