All you need to know about Tik Tok

TikTok has quickly risen to become the hottest trending social media app on iOS iPhone, and Google Android phones. This puts it ahead of other social media platforms like Twitter, YouTube, and even Facebook and Instagram. TikTok has been downloaded millions of times in the U.S.  ABC News in Australia calls it, “the app your kids love, but you’ve never heard of” which ultimately begs the question; what is TikTok?

The TikTok app, like Snapchat and a whole host of new apps these days can appear baffling to anybody born before the turn of the millennium. Users can create 15-second comedy skits using a variety of tools including lip-syncing, animations, special effects, and also beat matching popular songs to filmed footage. These all add up to create a tool that can give even the freshest and most inexperienced of movie-makers the ability to create videos that look polished and well made. Videos can they promote across the networks using tools like hashtags. Tik Tok is making people famous.

TikTok was formerly called Musical.ly, but now has a fresh look and new name. It was taken over by the Chinese firm Bytedance in 2017 and has since gone on to reach hundreds of millions of monthly users in over 150 countries.

TikTok’s success in the US has been helped along by late-night talk show host Jimmy Fallon. Fallon has not only encouraged his viewers to use the app, he has also offered an excellent introduction to what it is about: “What it is, is you post short videos of you doing fun stuff like lip-syncing to a song or a movie clip or acting out a silly scene with your friends, or even your pets” Another Fallon feature invites users to roll around the ground like tumbleweeds, using TikTok to overlay old western music on top of the video. 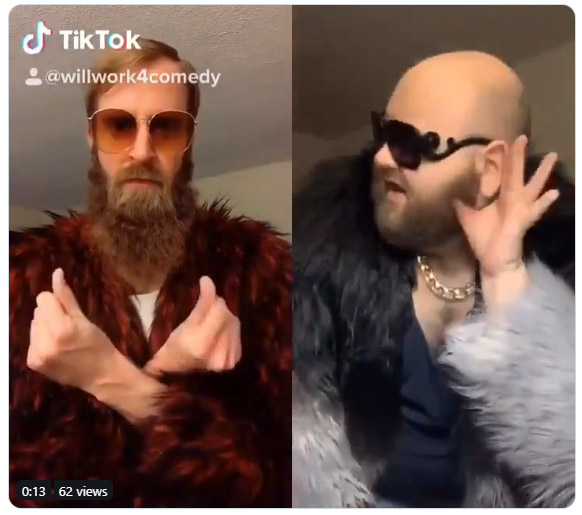 TikTok is a fun-to-use app that invites users to create funny, silly, and hopefully engaging videos that they can then share on the app. Let’s have a look then at some tips on how to use Tik Tok.

You’ll find Share buttons on almost all social networks and apps. You click share if you want your friends to see something you like or maybe hate. The Share button on Tik Tok, however, does a lot more than just sharing Tik Tok videos. First up, it’ll give you the option to download a video so that you can watch it later when you’re offline. Another cool thing you can do when hitting the Share icon on Tik Tok is saving the video as a GIF. This is a great option as many of the short Tik Tok videos look fantastic when played over and over again as GIFs. You can also make Live Photos out of Tik Tok videos.

The final cool feature found in the Tik Tok Share menu is the duet option. If you find a video you like, you can perform a duet with the performance in that video. Click here for our guide to Tik Tok duets.

How to duet on TikTok

You can actually access some core Tik Tok features without having to go into any menus. When watching a Tik Tok video all you need to do is hold your finger down anywhere on the screen to open up the Quick Actions screen. This will enable you to quickly Save video, Add to Favorites, or tell Tik Tok you’re Not Interested in this type of content, so it won’t show up in your Home tab.

Tip #3 Use TikCodes to connect with other users

Tik Tok has its own cool version of QR codes that you can use to connect with other Tik Tok users. Your TikCode will look like a circular QR code that is wrapped around your profile picture. To create your own TikCode go to your profile page and hit the code button, which is above and to the right of your profile picture. This will show you your code, which you can either show to another user directly or save and share across your social networks and messaging apps. If somebody else shows you their code and you want to scan it, you need to tap the Scan button at the bottom of your TikCode screen. Once you’ve scanned the other person’s code, you’ll be taken to their profile page.

You need to consider your own safety when uploading videos of yourself to the internet. This means thinking about your privacy and who can have access to your videos, who can download them, and who can perform duets with them. To access your Tik Tok Account Privacy and Safety menu you need to open your Profile page and then tap the Ellipsis (three dots) menu icon in the top-right corner of the screen. This will open the Privacy and Settings menu, where you’ll find the Privacy and Safety menu as the second option in the Account section. This is where you’ll be able to control all of your privacy settings and keep yourself as safe as possible when using Tik Tok.

You want your Tik Tok videos to shine. That means doing a little bit more than simply hitting record and capturing whatever it is you’re doing at any particular moment. This means taking the time to plan out what will happen in your new video. You could practice a dance routine, go through your lines for a lip-sync masterpiece, or even draw up a script for a little 15-second movie. Once you’ve done all that though, you’re going to need to freedom to pull it all off without having to hold down the record button. To use Tik Tok’s timer feature go to the video capture screen and look for the small clock icon. Select how long you want the timer to wait before it begins recording, and then hit Start Countdown. Click here for our guide to help you become Tik Tok Famous.

Social media worse for mental health than we thought ►