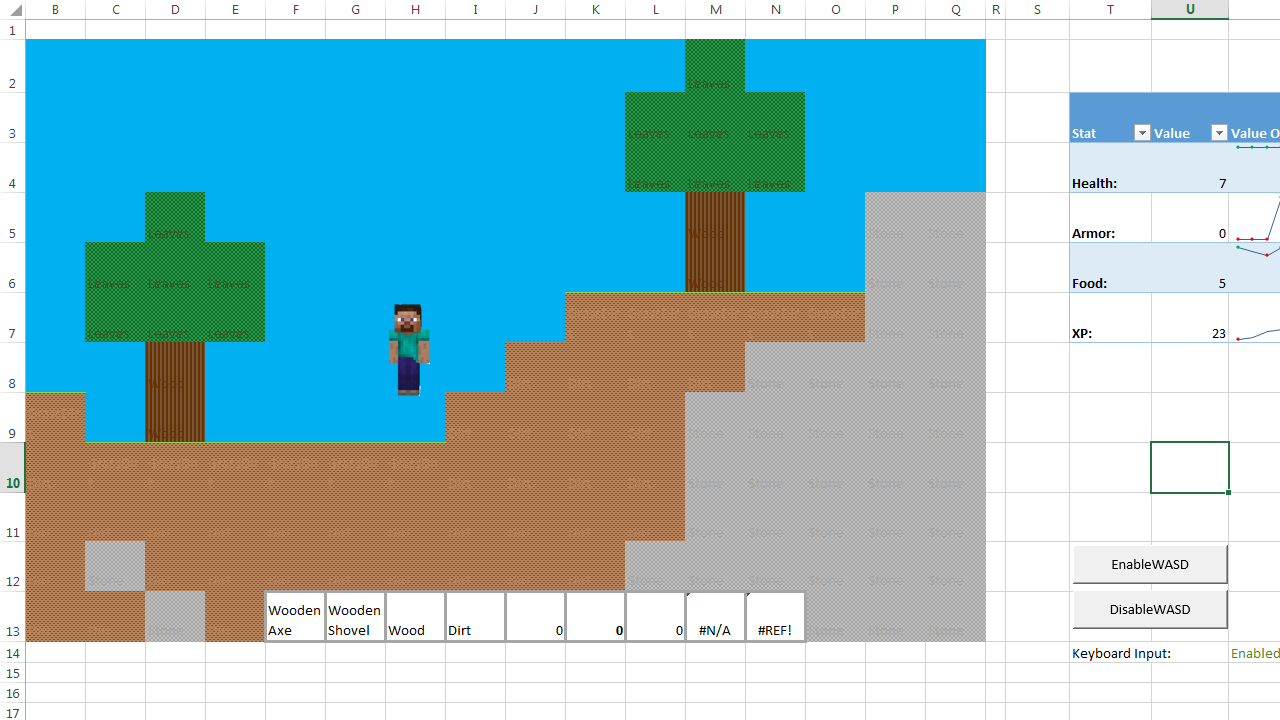 As everyone knows, Minecraft creator Mojang was sold to Microsoft recently, and amongst all the commentary and fallout, YouTuber Seth Bling has created ‘Minecraft 2′ using Microsoft’s Excel as the game engine.

While this is a joke, there is actually a spreadsheet you can download to try ‘Minecraft 2’. It just requires a copy of Microsoft Excel to run it. The spreadsheet is very comprehensive, even including instructions. Not even the first Minecraft came with instructions! There’s a Title Screen, that does nothing, Game Screen, where you can move your character around, expense reports, and a workbench for crafting items just like in the original. As a joke, it’s surprisingly complete. Watch the video:

Since purchasing Minecraft and its parent company, Microsoft has said nothing concrete about its plans for the game. Despite fears that it may limit future development of the game on non-Microsoft platforms, it seems unlikely the Windows creators would seek to limit the popularity of the game. And of course, there have been no announcements about any ‘Minecraft 2’.

Minecraft for Parents: 7 tips to help you get involved

Mojang and Minecraft bought by Microsoft for $2.5 billion

Minecraft 1.8, The Bountiful Update, is out now