Looking for a little bit of extra flavor to your Fortnite game nights? Like many other battle royale games, Cuisine Royale is a shooter where the goal is to be the last man standing. In order to get there, however, you’ll need to pay a visit to the kitchen. 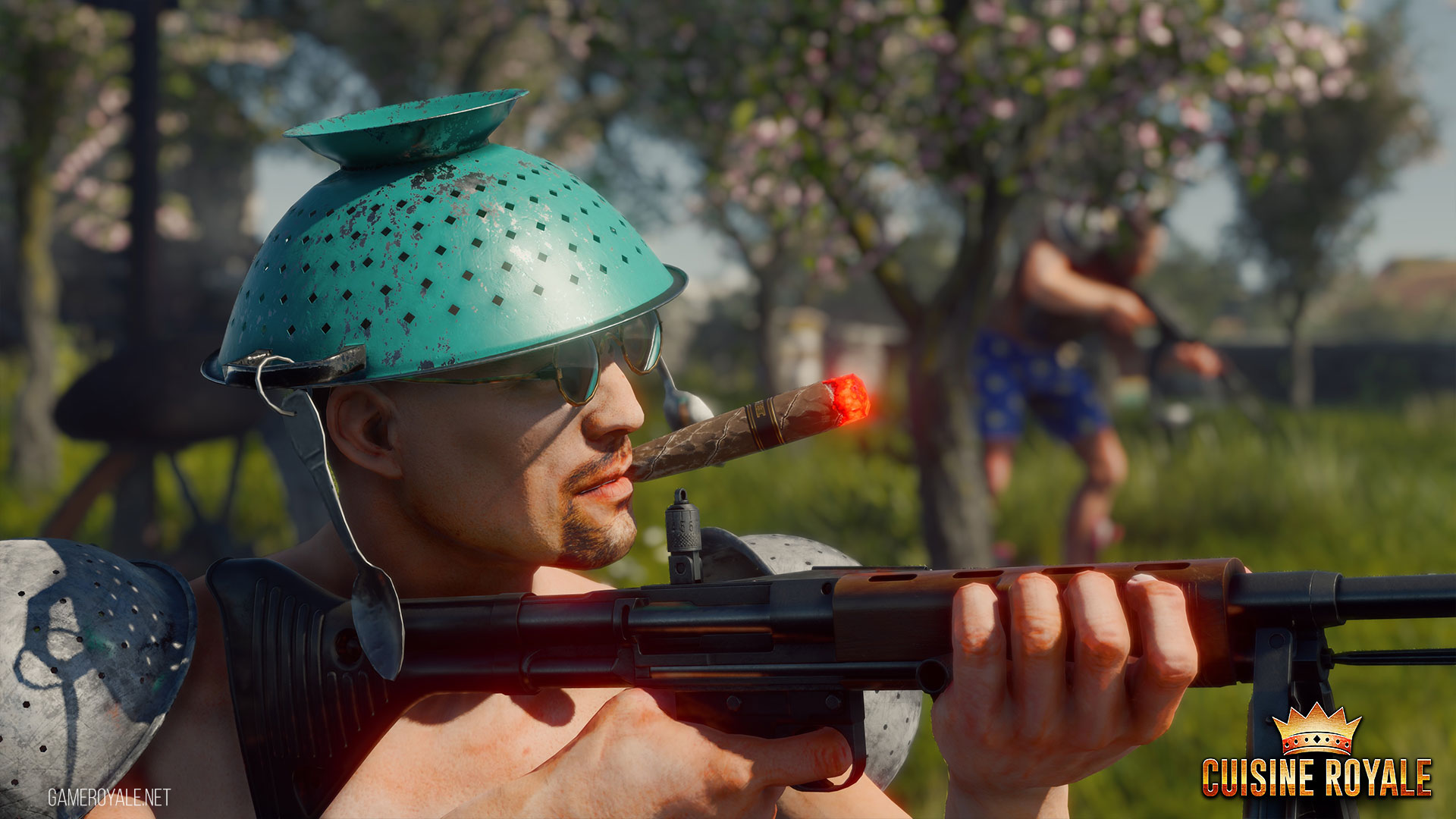 Covered from head to toe in pots and pans, you’ll have the whole kitchen as your ally. You can even gain some cooking-related weapons, like ladles and frying pans. Additionally, the game features some non-cooking items to improve your stats, such as a medical dropper for health regen, and cigars to make you tougher.

Your character starts the game in brightly colored boxers, with only a knife to his name. Loot boxes are scattered throughout the field, and often have food to heal you, or kitchenware to protect yourself with. Once you’ve found a few, you’ll be able to take on the other players.

Cuisine Royale takes the humor of Totally Accurate Battlegrounds and perfectly blends it with the aesthetics and gameplay of PUBG. The game was originally made as an April Fool’s mode for the MMO shooter Enlisted. The mode was so popular that they started developing it as a stand-alone game.

Despite being a parody game in early access, the graphics are on par with some already well-established battle royale games. Since it started as a mode for Enlisted, there is clearly some resemblance between the games. The graphics and scenery are the best example of this. These aspects are sure to get even better as the game gets closer to a full release.

You can find Cuisine Royale free here until it’s out of early access. If you get it now though, you’ll get to keep it even after it’s no longer free. It’s definitely worth checking out, especially if you’re a fan of the kitchen.