Will we be able to unsend messages on Facebook?

Even though Facebook’s own terms of service don’t reference or indicate that the company can remove content from messages or accounts (unless it violates community standards), Mark Zuckerberg has confessed that the company has secretly deleted messages that he himself has sent. “We did so in full compliance with our legal obligations to preserve messages,” said a Facebook Spokesperson to TechCrunch back in Spring. Considering that users cannot delete messages from a recipient’s inbox at all, this generated a lot of justifiably angry accusations of hypocrisy.

In response to this leaking out, Facebook announced the following morning that it was now planning to incorporate this feature for all users.

Considering that they’ve already used it, it seems only fair.

Once this is integrated, users will be able to easily remove messages from both sides of the conversation. Right now it looks like this function will be on a timer, which implies that users will have only a window in which to decide whether they want to retract their message. How long this window lasts has not been disclosed either. 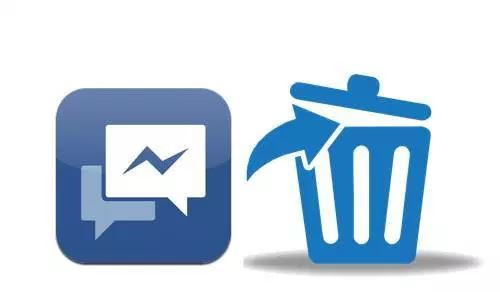 Perhaps this is to eliminate awkward situations where users go back several weeks or months, delete something they said, and then claim never to have said it all. It’s a stretch, but honestly we’re just happy to see this function incorporated at all.

How do we know this is happening?

Facebook Messenger is finally working on “Unsend Message” in the app for everyone!

Besides rumor of it popping up left and right, we’ve actually seen it in action thanks to insider Jane Manchun Wong.

“We have discussed this feature several times,” The Verge quoted a Facebook spokesperson saying. “We will now be making a broader delete message feature available. This may take some time. And until this feature is ready, we will no longer be deleting any executives’ messages. We should have done this sooner — and we’re sorry that we did not.” We’ll begrudgingly accept the apology if we’re allowed to do it, too. Otherwise, this is pretty shady.

How will it work? 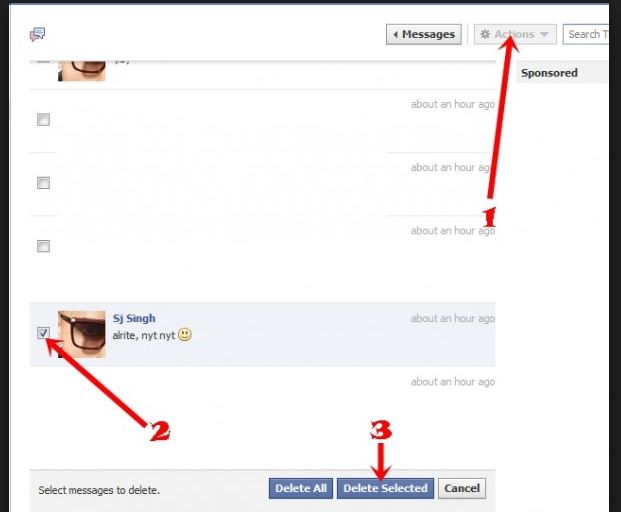 Until it’s fully integrated into Facebook, we can’t guarantee specifics. What we do know so far is that when you’re editing a message (either by click the ellipsis to the left of your chosen message or by clicking the Actions button (see above pic)) a new prompt will appear: 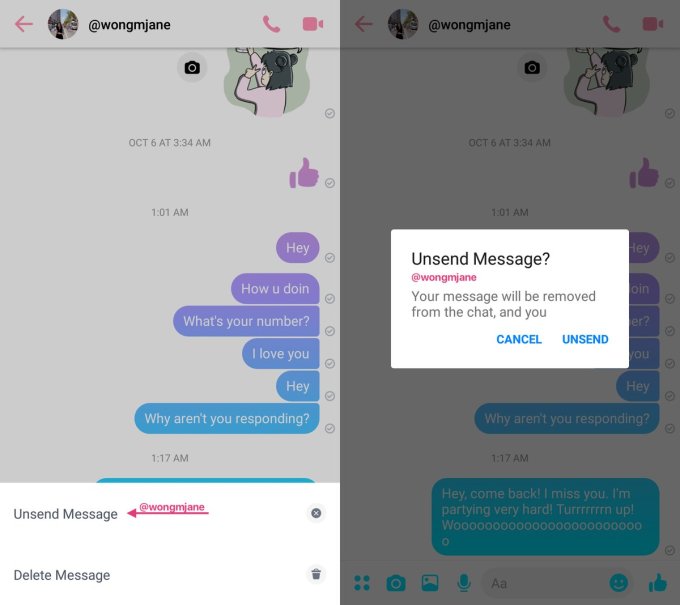 The prompt shows up at the bottom of the window asking if you’d like to ‘Unsend Message.’ Click it and another window opens asking you to confirm your decision. Do so and you’ll receive a notice that reads “your message will be removed from the chat, and you.”

The usefulness of this feature practically goes without saying. How many times have people said something they regretted, disclosed private information, or wish they could re-word something? People may begin to talk more openly over Facebook knowing that there’s a safety net to retract mistakes.

The bad news is that this also opens new opportunities for abuse: Imagine if online harassers could say whatever they wanted, then delete the evidence before anyone else could see it.

As for when this feature will be fully implemented we don’t have any specifics. Until it does, watch what you type!

Fuzzify can protect you from Facebook’s creepy ads ►